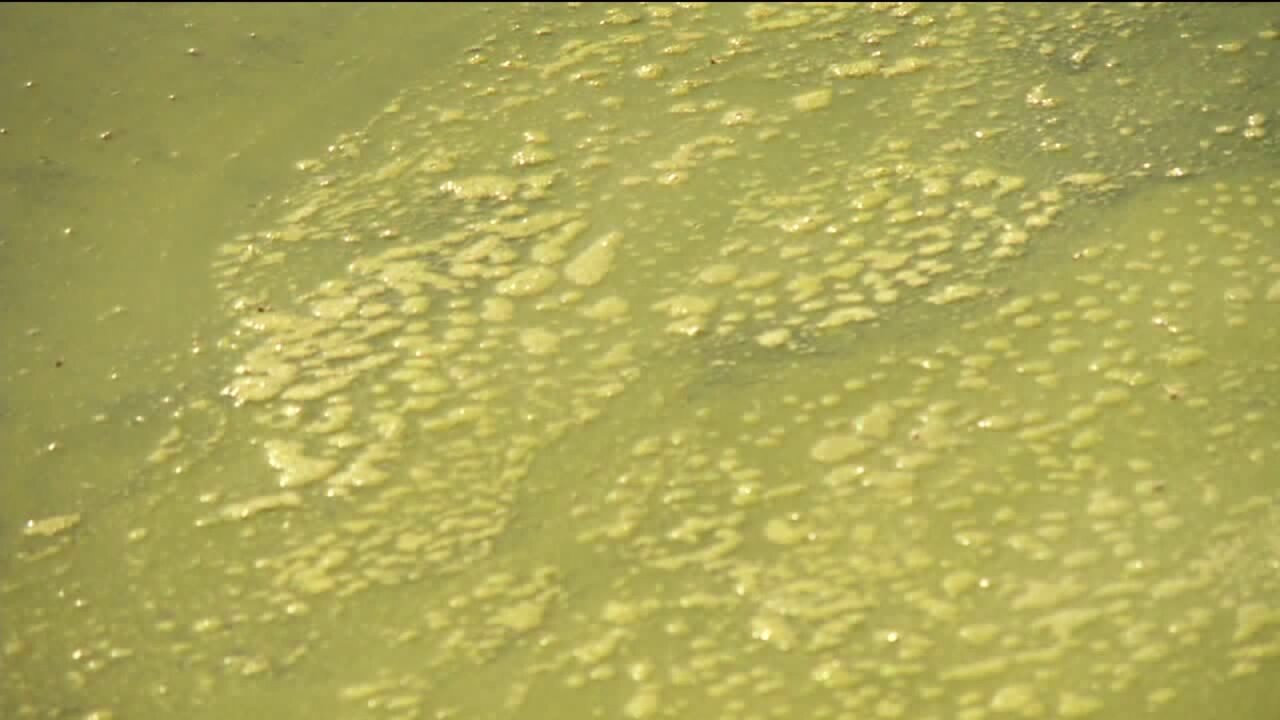 UTAH LAKE — A day after public health officials issued a warning about an algal bloom in Utah Lake, experts say the bloom appears to be spreading north and could reach the Jordan River in the coming days.

Thursday, officials warned people to avoid Provo Bay because of high concentrations of blue-green algae, saying such blooms of cyanobacteria have the potential to produce harmful levels of toxins.

Friday, officials said the bloom appears to be spreading north and may reach the Jordan River in the coming days. Water quality tests are pending to assess the risk to public health.

Officials say not all of Utah Lake is affected, but the public is urged to avoid Provo Bay and any water that appears dark green or that contains heavy scum.

“We want people to enjoy Utah Lake during this holiday season, but we want them to be mindful of the presence of algae that have the potential to produce toxins, “ said Erica Gaddis, the Water Quality Director for the Utah Department of Environmental Quality. “The bloom has the potential to shift with changes in wind patterns over the weekend and the public should watch for areas of scum.”

Satellite images show the bloom heading north, following a similar pattern to that seen with last year’s bloom that shut down Utah Lake. The press release also states that preliminary information from samples taken this week suggest lower counts of the algae than were measured last week.

The Salt Lake County Health Department is monitoring the Jordan River and related canal systems for potentially harmful algae, but as of Friday they have not observed any algal blooms in those waters.

The most recent tests taken near Provo Bay indicate the presence of the toxin microcystin, but the press release states those levels are “well below the Environmental Protection Agency’s health-based threshold for recreational waters.”

Experts will continue to test water samples and monitor the developing situation in Utah Lake.

While blue-green algae are a natural part of many freshwater ecosystems, certain conditions can lead to rapid growth and result in large blooms. Those large blooms of cyanobacteria can become harmful to humans and animals.

High levels of nutrients combined with warm temperatures, abundant sunlight, and calm water contribute to the growth of such algal blooms, which is why they often occur in summer. This bloom comes a few weeks before the one-year anniversary of the discovery of a large algal bloom that shut down Utah Lake last year.