On UTA’s board, records show few really use transit 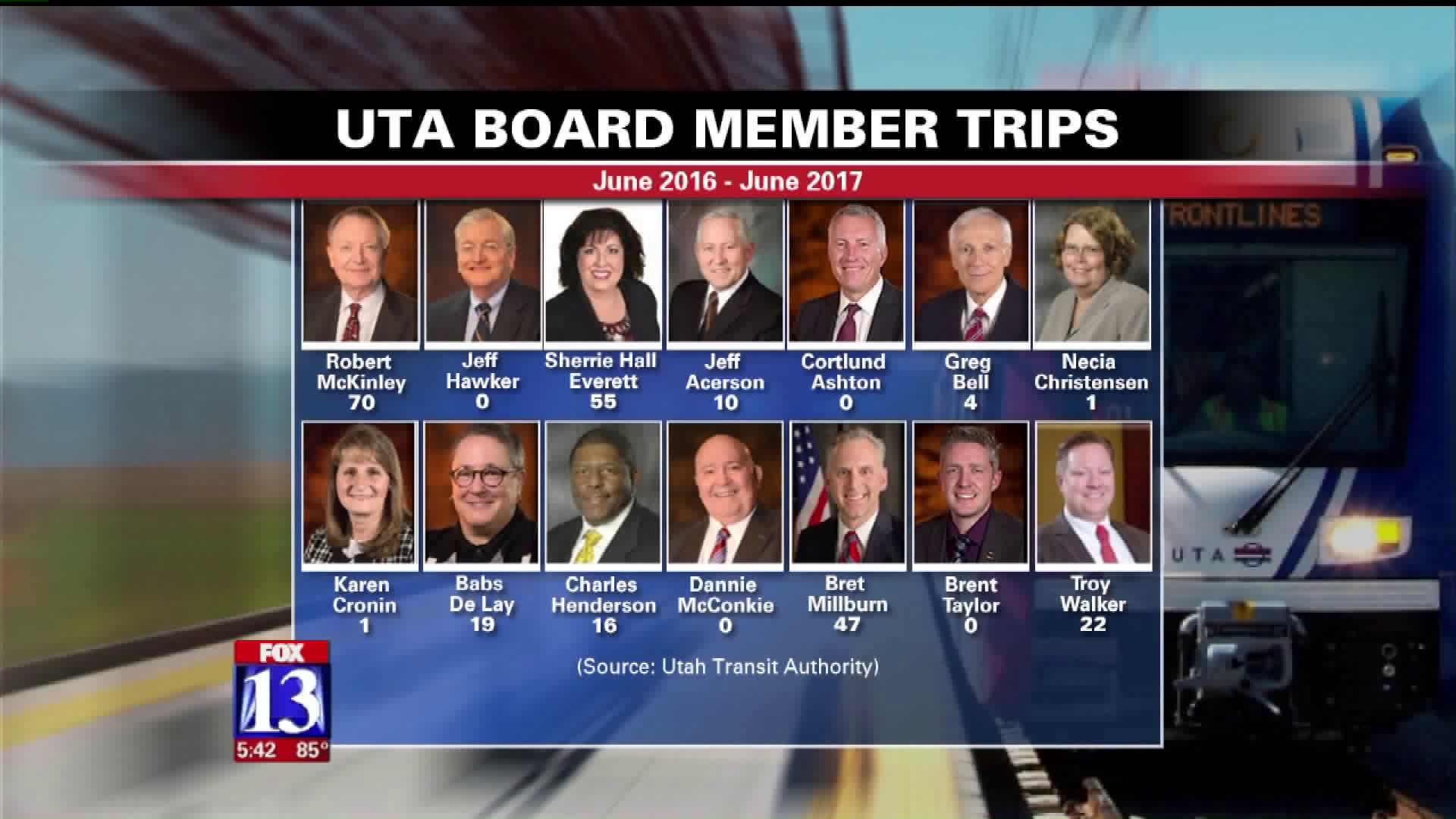 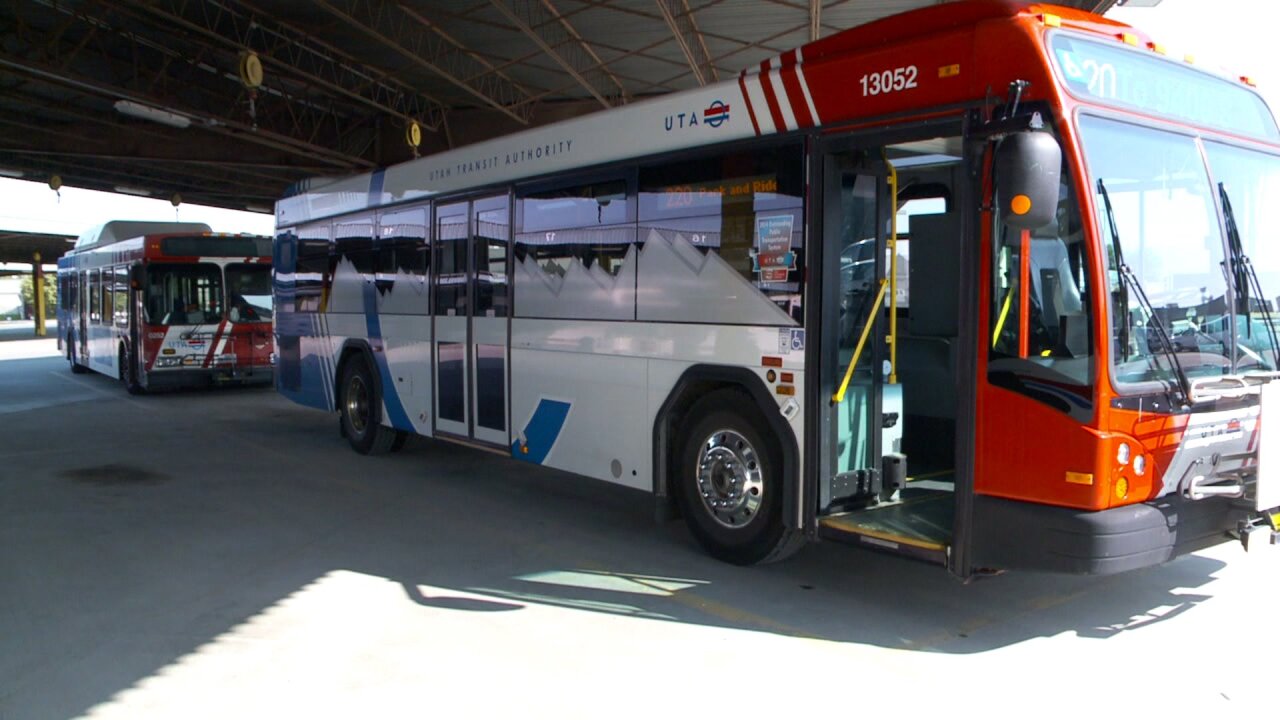 SALT LAKE CITY -- Sherrie Hall Everett said she tries to use public transit as much as she can.

The Vice-Chair of the Utah Transit Authority's Board of Trustees said she tries to take Frontrunner from Provo to Salt Lake City for meetings, using the time to get work done.

"There is nothing better than to sit back on Frontrunner, just relax, work on your computer for a bit, browse social media for a while, and race past those cars gridlocked on the freeway," she said.

But not everyone is like her. FOX 13 filed a public records request for the recorded transit pass data of every member of the UTA's Board of Trustees spanning the past year. What was provided by UTA showed many members of the board use buses, TRAX, Frontrunner or the Ski Bus a handful of times and some not at all.

Of the current board, Everett was one of the more frequent users, taking 55 trips over the past year. UTA Board Chairman Robert McKinley used it the most, with 70 trips.

A graphic showing members of Utah Transit Authority's Board of Trustees and the trips recorded that they have taken. (Graphic by Corinna Steere, FOX 13 News)

But UTA's transit pass data showed Vice-Chair Jeff Hawker and board members Cortlund Ashton, Dannie McConkie and Brent Taylor did not use it at all.

Taylor told FOX 13 he does use transit -- just not his free pass provided as part of his service on UTA's Board of Trustees.

"I just personally, philosophically, don't agree with fringe benefits for public service," he said. "I have a student pass from the U. that I pay for as part of my tuition."

Taylor, who is North Ogden's mayor, said he tries to use public transit when he can. But he acknowledged that in his community, UTA's service isn't as good as it could be.

"We have one bus. One route in the whole city," he said. "It doesn't go anywhere near my personal house, so there's not really a way for me to use it on a regular basis. But when there's a conference in Salt Lake or Orem, I try to depend on the schedule or time."

Everett said she would encourage her fellow board members to take transit, but admitted the service sometimes isn't as robust -- even in her own Utah County. Still, she defended UTA as working toward improvements and said many of the board members in under-served areas are advocates for more and better transit.

The records provided by UTA showed members of the board whose terms recently ended often skipped using public transit. The most prolific user was Keith Bartholomew, who represented Salt Lake City until he was removed from his post by Mayor Jackie Biskupski. Records show he used UTA buses and trains 124 times in a year. (The City Council rejected Biskupski's proposed replacement for Bartholomew, Sen. Jim Dabakis, D-Salt Lake City, who admitted he did not use transit.)

UTA data provided that shows the number of recorded trips on passes provided to Board of Trustees members from June 2016-2017.

Alex Cragun, a transit advocate who helped found the watchdog Utah Transit Rider's Union, said he was "disappointed, but not surprised" by the transit use records.

Cragun had previously challenged UTA's board to use transit for a week to see what works and what doesn't. He said one of the few who accepted the challenge at the time was House Speaker Greg Hughes.

"They would learn that the system they have here in Salt Lake City and Salt Lake County is great," Cragun said. "But there are a lot of things they can do to improve it."