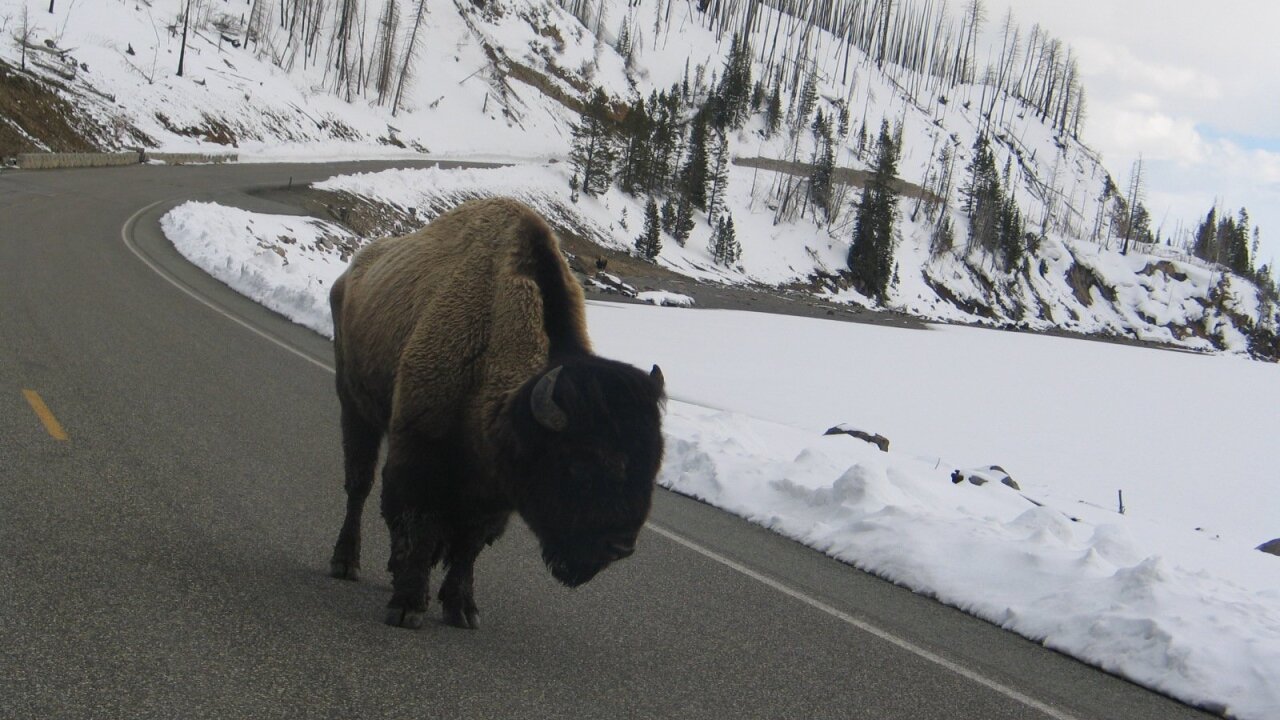 FILE: A Bison stands in the road near Sedge Bay in Yellowstone National Park in spring, 2011. Davey Wyatt/NPS Photo

YELLOWSTONE NATIONAL PARK — A married couple from Heber City was injured in Yellowstone National Park Wednesday morning in an encounter with a bison.

Jonathan Shafer, a public affairs assistant at Yellowstone National Park, said the couple was on the boardwalk when a bison “butted” the woman.

The pair have been identified as 74-year-old Theodore Schrader and 72-year-old Patsy Holmes, a married couple from Heber City.

The two were taking pictures on the boardwalk when the bison approached and “butted” Holmes. The impact pushed the woman into her husband, and both people fell to the ground.

Park rangers took both individuals off the trail and to a hospital. Holmes was flown to a hospital in Idaho Falls to be treated and is listed in stable condition Wednesday. Schrader suffered minor injuries.

Neither of the two were cited for the encounter. Shafer said that while it is good that the pair were on the boardwalk, theY remind park visitors to be aware of their surroundings at all times.

Visitors should give large animals at least 75 feet worth of space. They say if an animal begins to approach you, it is best to slowly create some distance.

Shafer said this is the first confirmed incident where a bison injured a visitor this year. In 2015, five people were injured in separate incidents involving bison.