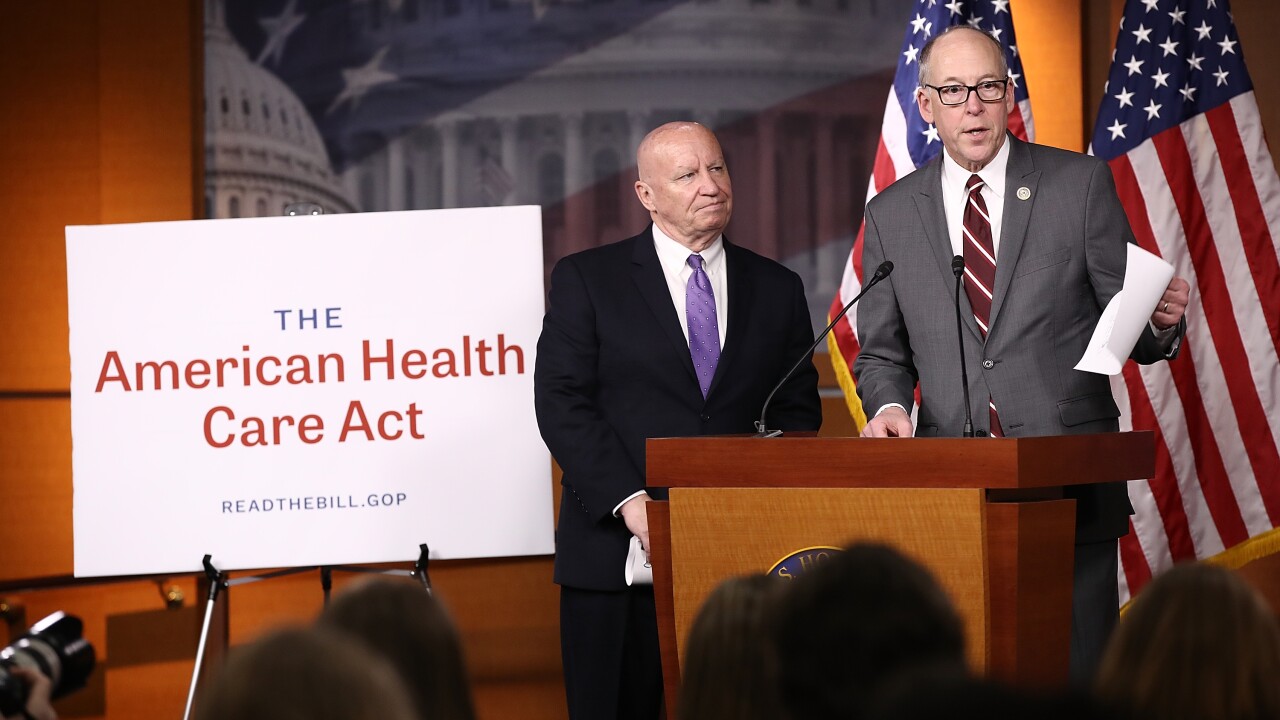 WASHINGTON – Senate Majority Leader Mitch McConnell will delay the vote on the Republican leadership’s health care bill until after the July 4 recess.

McConnell told GOP senators that he wants to make changes to the bill, get a new Congressional Budget Office score and have a vote after the holiday, two sources told CNN.

Following McConnell’s decision, President Donald Trump said negotiators are continuing to work and “getting very close” on a deal and that Obamacare was “melting down as we speak.”

Trump added, “For the country, we have to have health care and it can’t be Obamacare, which is melting down. The other side is saying all sorts of things before they even knew what the bill was. This will be great if we get it done and if we don’t get it done it is just going to be something we aren’t going to like. And that is OK and I understand that very well.

McConnell’s decision does not mean Republicans’ plans for repealing and replacing Obamacare are dead, but it highlights the challenge facing the GOP leadership as they try to bridge the divide between conservatives and moderates in the party. While the additional time could allow for more negotiations to bring more lawmakers on board, it also means members of Congress could face pressure from constituents when they go home for recess with the future of health care hanging in limbo.

A senior Senate Republican aide told CNN that the plan for the moment is to hammer out a compromise bill by the end of this week, give members the full week of recess to digest and then vote on it when they get back.

“We know what everyone needs,” the aide said. “Now we just need to make it work.”

“For us, it is never been about the timeline but getting the best piece of legislation that helps the most,” Sanders said.

The news followed a bustling morning in the Capitol, where Republican leaders, along with Pence, were meeting behind closed doors with the bill’s opponents, as a number of senators came out against voting for a procedural step to advance their plans to repeal and replace Obamacare.

Mike Lee became the fifth member Tuesday to plan to vote against the motion to proceed on the health care bill as it is currently written, an aide told CNN.

The motion is normally a routine procedural move, but its chances were growing increasingly grim due to the Republican intraparty division.

With Republicans only able afford the loss of two votes, the bill appeared to be teetering on the edge by lunchtime.

Sen. Richard Shelby, R-Alabama, told reporters the effort to get to 50 votes was “fluid” but maintained a degree of hope. “I wouldn’t count McConnell out yet.”

Meanwhile, Democrats on the Hill were organizing news conference after news conference, including a large showing of Democratic senators who gathered on the Capitol steps to lambast the beleaguered bill.

Behind the scenes, staffers for McConnell were trading potential legislative proposals with key offices, and McConnell himself met privately with Sen. Ted Cruz for nearly an hour. While the Texas Republican hadn’t said how he’d vote on the motion to proceed — he had previously been publicly opposed to the bill though open to negotiations.

Sen. Shelley Moore Capito, R-West Virginia, had been largely quiet since the bill went public last week. She’s long been a question mark on how she would vote on the bill, and she told CNN Tuesday morning that she’s “concerned about the bill in the form that it is now.”

Asked later if there needs to be more opioid funding in the bill, Capito said that was just one of the issues. “That’s not the only one,” Capito told reporters.

Aides were also seen scurrying around in the Capitol trying to buttonhole members and their key staff about where things currently stand, with the idea being to have a menu of options ready for the Senate Republicans’ weekly Tuesday lunch, where McConnell ultimately announced his decision to delay.

The lunch, according to an aide, was expected to be at effort to both rally the troops and serve as a policy discussion. For McConnell’s part, according to the aide, the message would be clear: A vote against the bill would be a vote to maintain Obamacare. If the bill failed, McConnell was set to argue, the only option would be to work with Democrats, which would lead to a less conservative outcome.

Pence expressed uncertainty earlier Tuesday on whether the bill would make it to the floor. “We’ll see,” he told CNN as he entered a meeting in the Capitol.

Pressed on what they are doing to salvage the bill, Pence responded, “lots of good discussions underway and we’ll continue to work very diligently.”

Also at the Capitol Tuesday was Florida Gov. Rick Scott, who was scheduled to hold meetings with Pence, McConnell and Sen. Marco Rubio, R-Florida.

Rubio, like some senators, had been waiting to make his decision on the bill until he felt like he had enough input from his state’s governor and other constituents. An aide to the senator said Rubio’s staff invited staff from the offices of Scott — as well as the Florida speaker and Senate president — to Washington to be “embedded” in Rubio’s office for the week and work with Rubio’s team to analyze how the bill will affect Florida.

Over on the House side, Speaker Paul Ryan urged his members in a closed door session to give their Senate colleagues some space, according to a person in the room.

Ryan’s point was that given the current state of play, it’s not helpful for anyone in the House to come out and attack or criticize elements of the bill. Should the Senate pass the bill, Ryan argued, the House will get their chance, one way or another, to weigh in. Until then, he urged members to hold their fire.