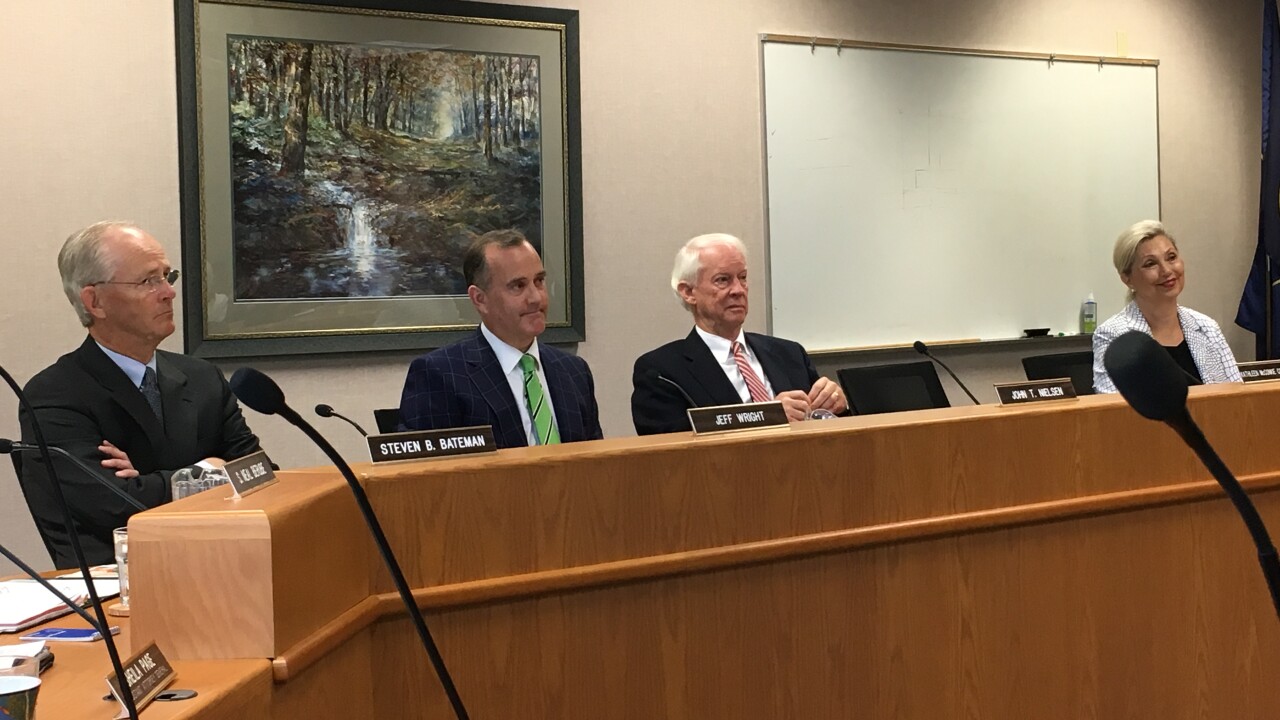 SALT LAKE CITY — One of Utah’s liquor control commissioners has stepped down from his post after eight years.

Jeff Wright, appointed to Utah’s Department of Alcoholic Beverage Control Commission under then-Gov. Jon Huntsman Jr., participated in his last meeting on Tuesday. He is one of the three known drinkers on the commission and was widely viewed as a moderate on Utah liquor laws, friendly toward businesses and consumers.

In his farewell remarks, Wright praised the DABC and its employees for the hard work they do. Some DABC employees in the commission chambers wiped away tears as he spoke glowingly about them.

“I think we have a system that is telling us on the one hand, sell and act like a business,” he said. “And on the other, restrict alcohol and public safety. Sometimes those are in conflict. I think we struggle with that conflict.”

Wright predicted that conflict will soon come to a head, especially as the DABC faces budgetary constraints (yet makes millions in profits for the state).

Wright’s term included scathing audits of the DABC and massive reforms imposed by legislators, including the “fall of the Zion Curtain,” where walls that prevent you from seeing drinks being made in restaurants will be legally allowed to be removed effective Saturday.

Wright noted that he’s been asked about his status as one of the commission’s few drinkers, but said he didn’t believe it was an issue when it came to votes on the commission.

“It’s never really come down to that issue,” he said. “It is good to have people who understand it from a consumer perspective.”

Wright’s replacement will be nominated by Governor Gary Herbert and confirmed by the Utah State Senate.