Trump: Obama ‘did nothing’ about Russia election meddling 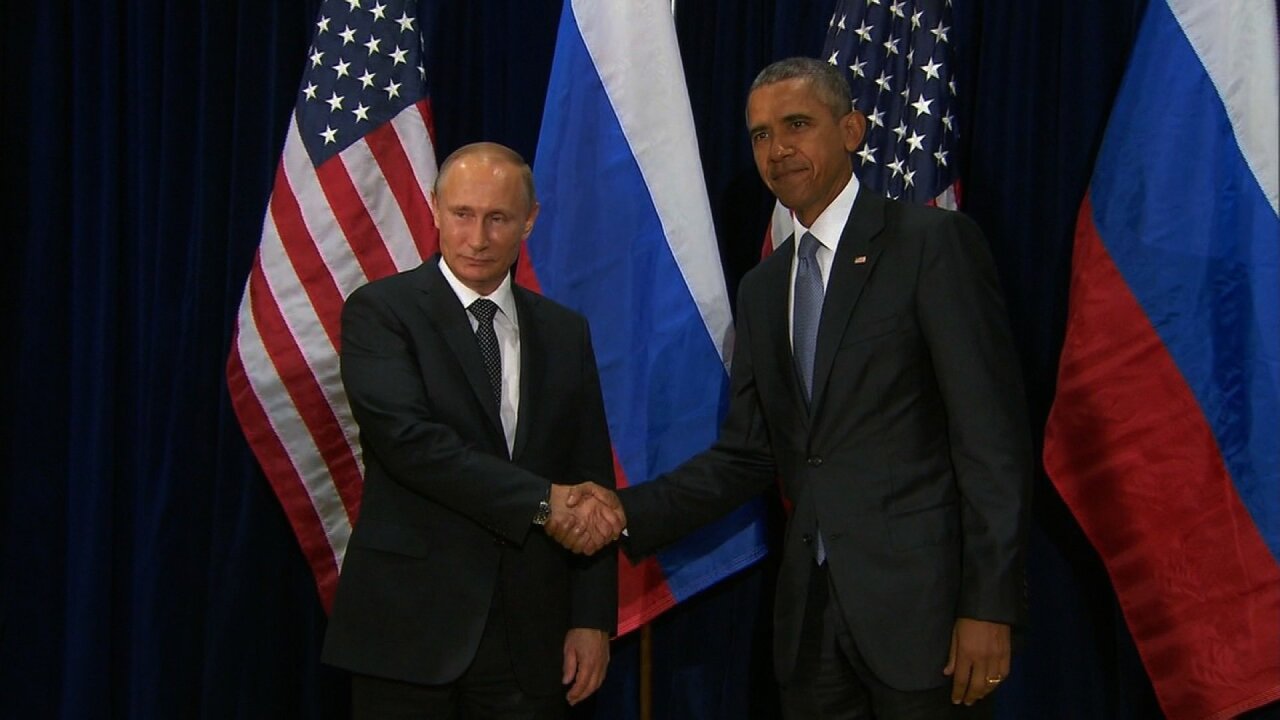 “Well I just heard today for the first time that Obama knew about Russia a long time before the election, and he did nothing about it,” Trump said in an excerpt of his interview on Fox News’ “Fox and Friends” released Friday. “But nobody wants to talk about that.”

“The CIA gave him information on Russia a long time before they even — before the election,” Trump said. “And I hardly see it. It’s an amazing thing. To me, in other words, the question is, if he had the information, why didn’t he do something about it? He should have done something about it. But you don’t read that. It’s quite sad.”

“It is the hardest thing about my entire time in government to defend,” the former senior Obama administration official told the Post. “I feel like we sort of choked.”

The Post report details how the CIA’s assessment that Putin was directly involved in a cyber campaign to disrupt and discredit the US presidential election in an effort to help Trump prompted the Obama administration to debate dozens of options for deterring or punishing Russia. Those included proposed cyberattacks on Russian infrastructure, the release of CIA-gathered material that might embarrass Putin and economic sanctions, the newspaper reported.

Before the election, the Obama administration issued several warnings to Moscow about its activities, including one delivered by the President to Putin in September, the Post reported.

Ultimately, Obama approved only modest punitive measures: the expulsion of a few dozen diplomats, the closure of two Russian compounds, and narrowly targeted economic sanctions that some who designed them described as largely symbolic, the Post said. Another measure, the planting of cyberweapons in Russia’s infrastructure, was still in the planning stages when Obama left office.

While some closest to Obama defend the response, saying that by late summer it was already too late to prevent troves of hacked emails from transferring to WikiLeaks and other groups, others expressed regret, the newspaper said.

“We made massive efforts so they couldn’t do that,” Blinken, who is now a CNN global affairs analyst, told the network’s Kate Bolduan on “At This Hour.” “This led to two things: President Obama issued a very stark warning to President Putin in September at the G-20 conference in China. What we saw, or thought we saw, after that, it looked like the Russians stopped their efforts. But the damage was already done.”

“Nothing like the extensive hacking effort and manipulation effort could occur without his involvement,” the Oregon Democrat told CNN’s Alisyn Camerota. “Now we actually know: Yes, Putin directed it.”

“He had a specific goal to defeat (Democratic nominee) Hillary Clinton and that explains the huge coordinated effort from the botnets to the trolls,” Merkley added.

Merkley and other Democratic lawmakers said Russia used extensive methods in the cyber campaign, including 1,000 trolls, hacking and bots to generate fake messages on social media.

Officials in the Post article suggested Obama struggled to find a way to respond to Putin without being so aggressive that he would be perceived as trying to influence the election in Clinton’s favor — a point Merkley echoed Friday.

“It is such a dilemma, because if he had acted aggressively, in a way that he had gone public and said, ‘This is why we’re doing this,’ it would have been seized upon as an attempt to bias the election,” Merkley said. “So, there was enormous bias in the election because of the Russians, but how do you balance that out without further damaging it? It is an extremely difficult problem.”

“I am troubled learning this new information, that the Obama administration didn’t do more,” the Oregon Democrat told CNN’s Jim Sciutto on Friday. “And I think the standard has got to transcend one particular administration, Democratic or Republican.”

“It has got to be to protect our institutions first, and politics to the wind,” Wyden added.

“I think President Trump was legitimately elected by people who voted for him, but this is a very serious issue about defending democracy and our country and integrity of the election system,” he told CNN’s David Gregory on “New Day.” “So we have to go back to countering Russia disinformation. Congress has to work with the White House to give them tools to push back. This is a very serious issue.”

The Illinois Republican, who serves on the House Committee on Foreign Affairs, said Republicans must take the intelligence about Russia’s involvement in the election very seriously to protect future elections.

“The reality is, in two or four years it will serve Vladimir Putin’s interest to take down the Republican Party,” Kinzinger said. “If we weren’t upset about it, we have no right to complain in the future.”

Also speaking Friday morning on “New Day,” White House counselor Kellyanne Conway dismissed the idea that Russia influenced the 2016 presidential election. “I think it’s very important to show no nexus has been proven between what Russia or any other foreign government tried to do in the actual election result,” Conway said. “Really the only person making that case prominently is Hillary Clinton.”

“You’ve got everyone saying that there is no nexus, that not a single vote was changed and we’re going to stand by that,” Conway added. “We know that Donald Trump won fairly and squarely 306 electoral votes. It had nothing to do with interference.”