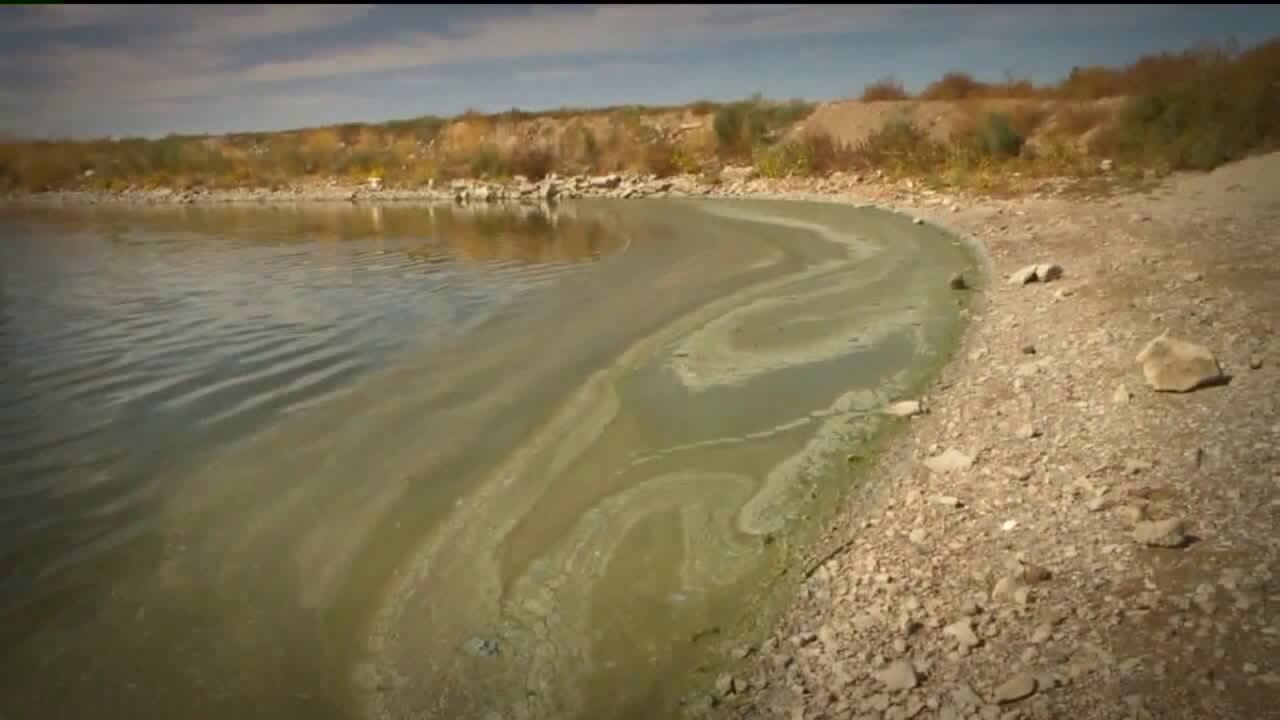 SALT LAKE CITY – Algal blooms, which can make people sick and harm animal life, may not be as prevalent this year.

At a briefing before the Utah State Legislature’s Natural Resources, Agriculture and Environmental Quality Appropriations Subcommittee on Tuesday, Utah’s Division of Water Quality said water levels were rising. That could help mitigate the algal blooms.

Division of Water Quality Director Erica Gaddis told lawmakers there are a number of factors that contribute to an algal bloom: water levels, temperatures and nutrient pollution in the water.

Algal blooms can be naturally occurring, but bacteria can make them toxic.

Last year, Utah Lake was forced to close for nine days because of a toxic algae bloom.

Fish, birds and bats were killed and Price’s drinking water was threatened.

This year, Gaddis said they feel prepared for algae blooms.

Real-time sensors have been installed in Utah Lake and a “hold the line” approach has been adopted for the state’s waterways to better notify and alert people.

"We're ready this year but hopeful there won't be the level of algal blooms," Erica Gaddis, water quality director @utahdeq.