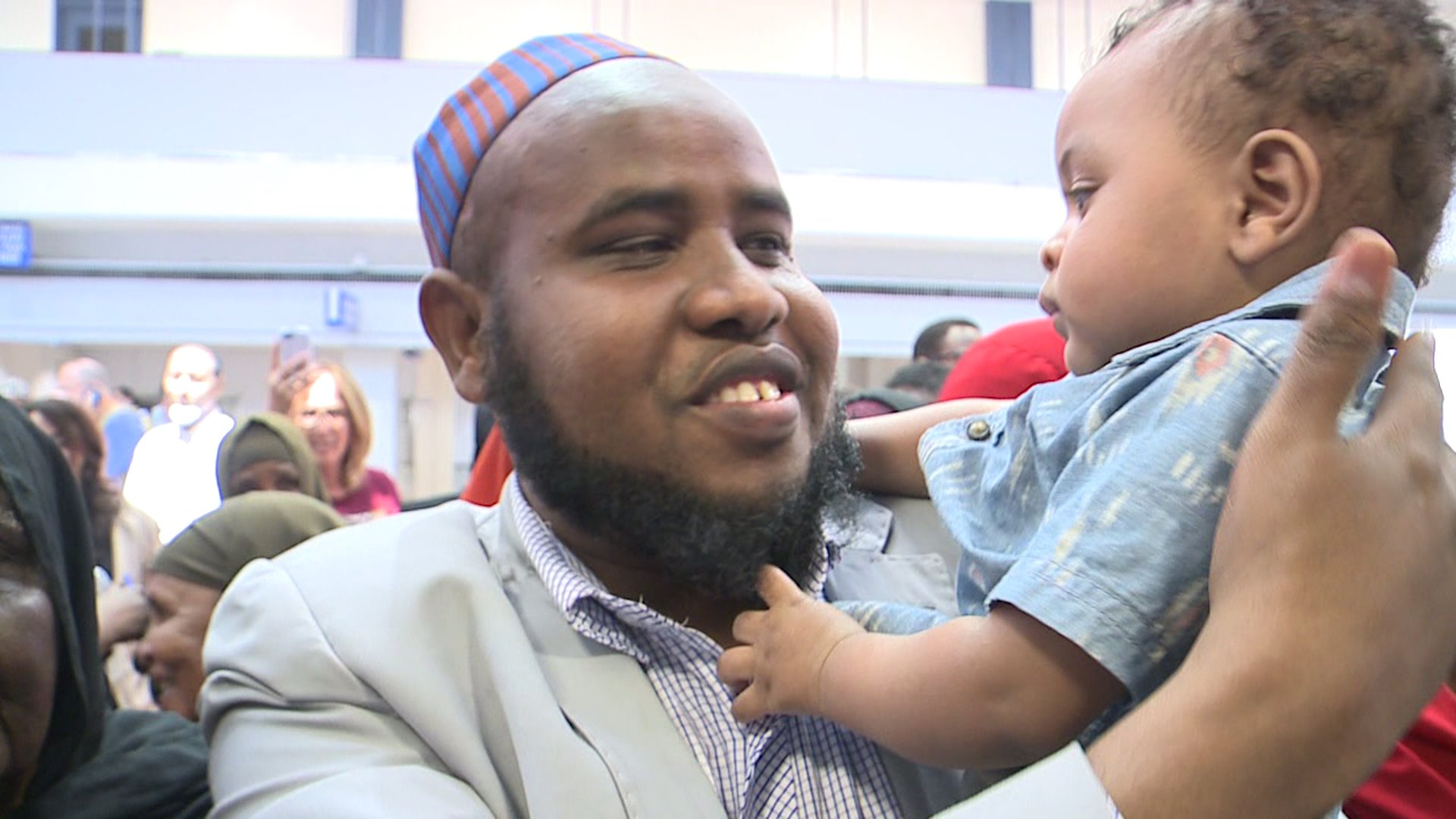 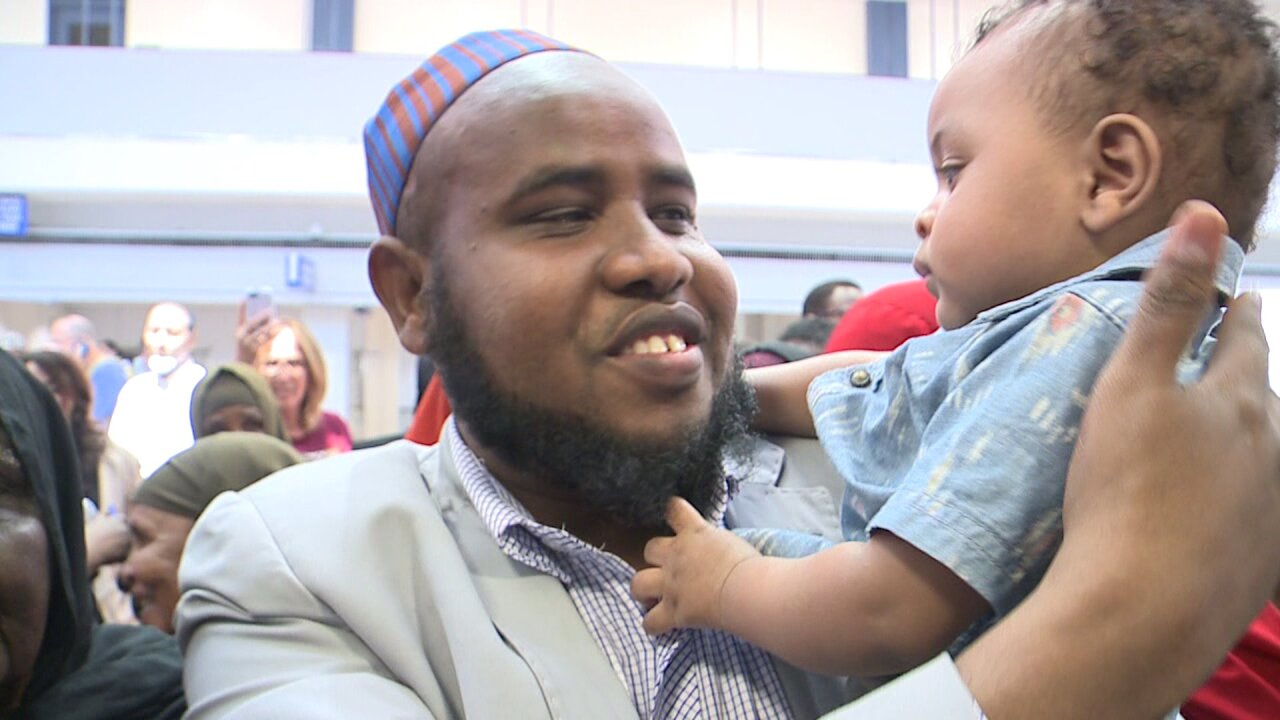 SALT LAKE CITY, Utah -- A local Muslim leader is finally back in Utah with his family after being detained several times during his journey from Kenya, despite being a U.S. citizen.

Several supporters cheered when Imam Abdi and his family walked through the gates at Salt Lake International Airport Sunday.

"It's a great day today, we are so happy," Imam Abdi said.

Abdi is an Imam at a local Mosque and flew back to Africa to get his wife and children.  After getting all of the paperwork done, he thought they could all come back to the U.S. together as a family.

"The problem is that they let him fly over and then he got there and they wouldn't let him fly back with his family and so he was exiled," said James McConkie, an attorney helping the Imam and his family.

Abdi quickly realized he'd been placed on a no-fly list.

"An anonymous government official that we'll never know somewhere in Virginia decided to place Imam Abdi on this no-fly list for reasons that will likely never be known to anybody," said Gadier Abbas, an attorney with the Council on American-Islamic relations (CAIR).

"My name is there but I did not do anything," Abdi said, "I don't have any crime, I have been devoted every day and night to help the community."

Several lawyers from CAIR and the Refugee Justice League got involved and Abdi was able to fly back to the U.S. with his family.

He was supposed to be back in Salt Lake Saturday night, but got stopped again in Los Angeles.

CAIR has filed a lawsuit in the U.S. District court here in Utah.  Among the defendants are the F.B.I and the T.S.A.