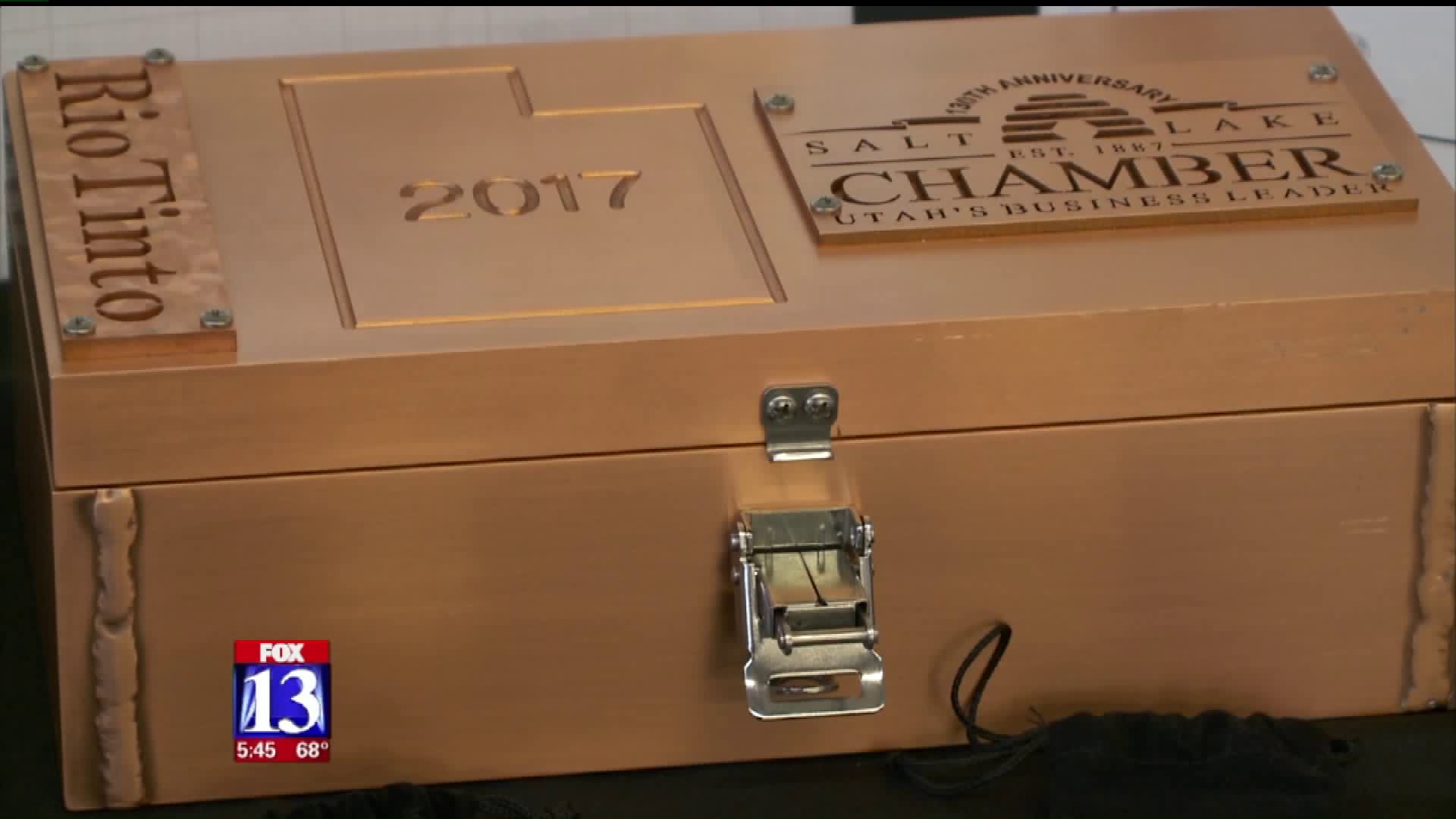 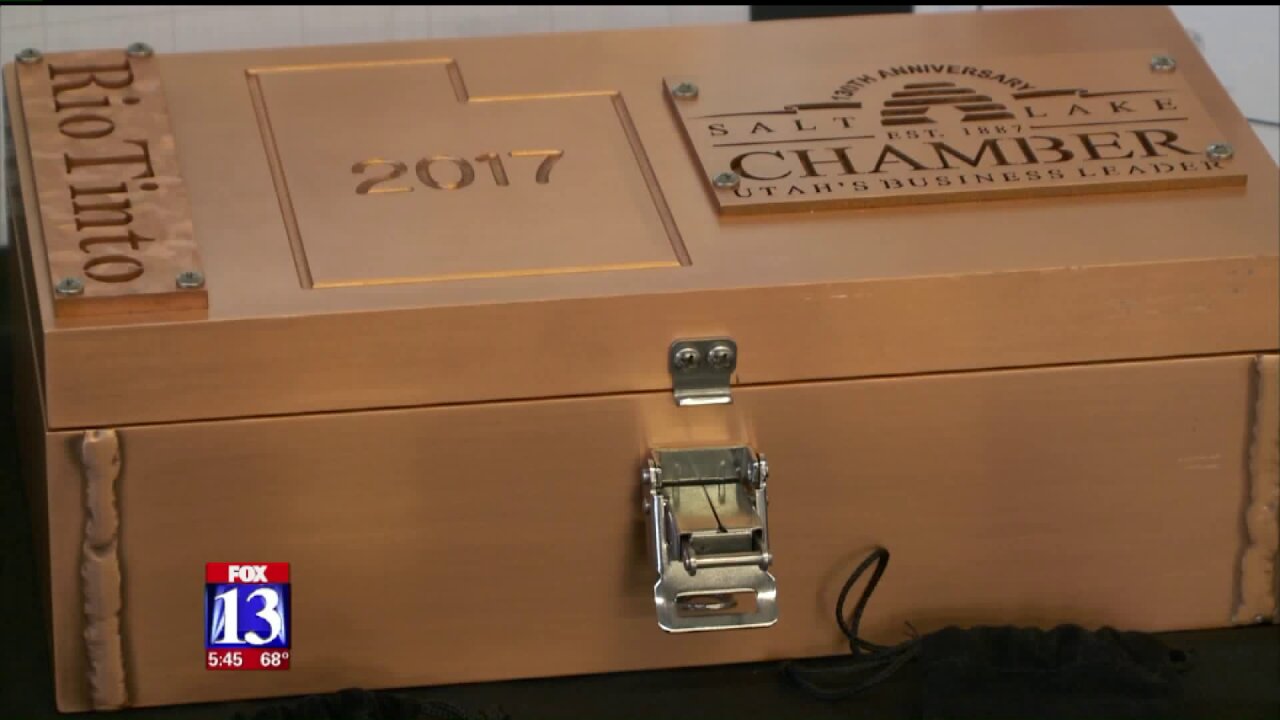 SALT LAKE CITY — In 1909, the Commercial Club of Salt Lake put a Bible, a photo of its members, a copy of a speech by a judge, and some coins in a box made of Kennecott Copper, soldered it shut, and placed the box in the Cornerstone of the old Exchange Place building in downtown Salt Lake City.

In 2017, the Commercial Club's new incarnation, the Salt Lake Chamber, did the same thing with a new copper box.

"America was built on business, men and women who came to have opportunity to have success in their lives," said Chamber President Lane Beattie.

The Chamber put some of the artifacts from the 1909 box into the 2017 box, and added a letter from Beattie, a new photo of Chamber members, some coins, a UTA rail and bus pass, and a policy guide the Chamber uses for working with the State Legislature.