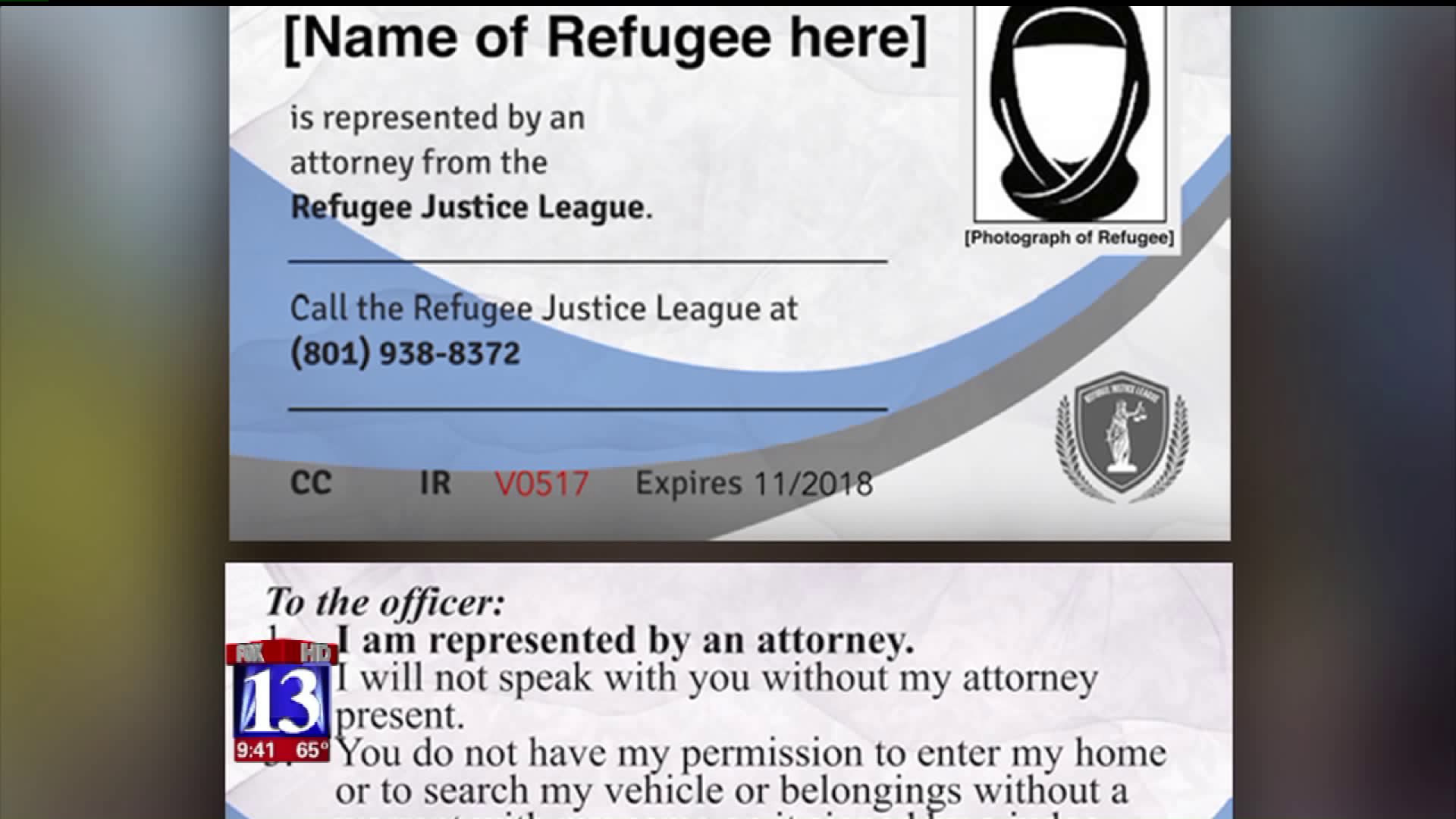 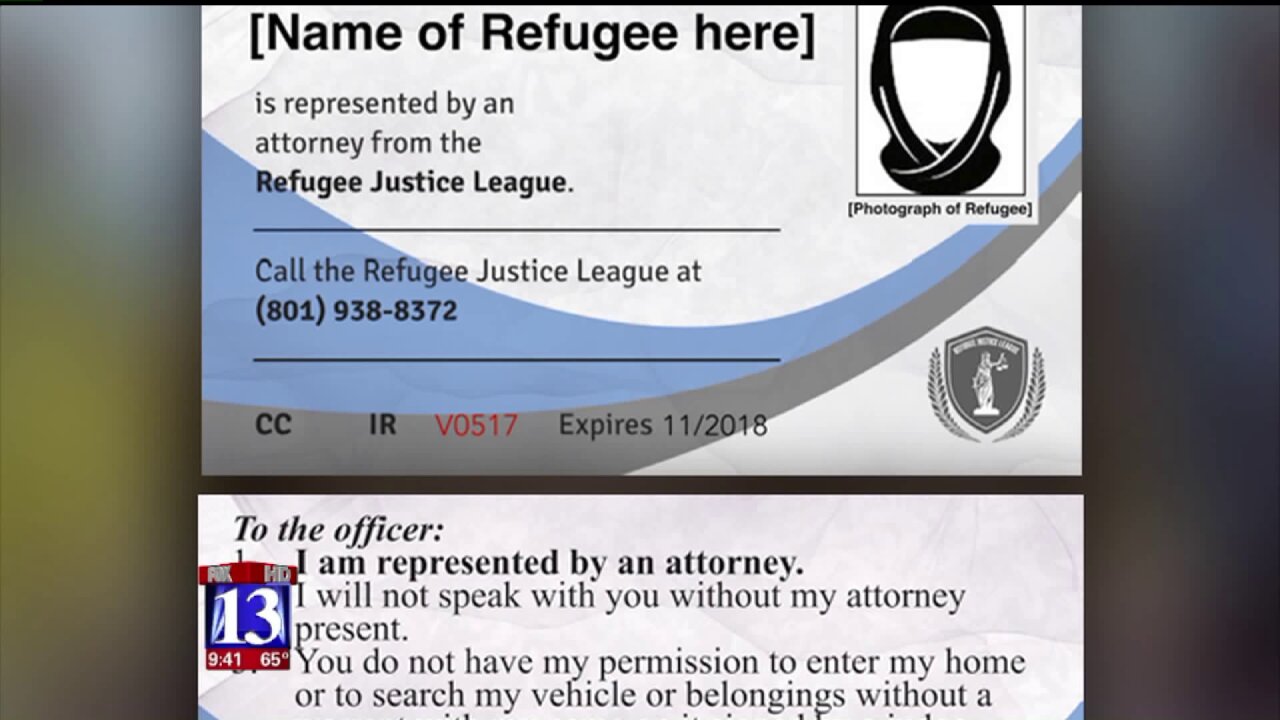 SALT LAKE CITY — The Refugee Justice League is issuing 60,000 refugees in Utah a new tool to use when confronted by law enforcement. It’s an identification card called a “Refugee Rights Card.”

It includes their picture ID, their country of origin and the attorney who represents them.

The attorneys for the Refugee Justice League volunteer their time to help advocate and represent refugees. One of the attorney’s Jim McConkie told FOX13 he had been working on cases of past discrimination against refugees and found that refugees were telling him they were afraid of police and they did not know what to do when they confronted them at their own homes.

“There is a skepticism of police power which is justified based on where they've come from,” explained McConkie.  “Where their families have been brutalized brothers sisters children have been killed. That's why they are here as refugees- they can't go back to their own countries because their lives are in danger.”

“We thought through this idea of the card,” said McConkie.  “We decided the best thing we could do was to-- if we could just train them to reach into their wallet and pull out a card that says they are represented by an attorney then that solves the problem.”

Salt Lake City Police did not say whether they do or do not support the “Refugee Rights Card” idea; however, they did say they will continue to strengthen their relationships with the refugee community through their outreach efforts.