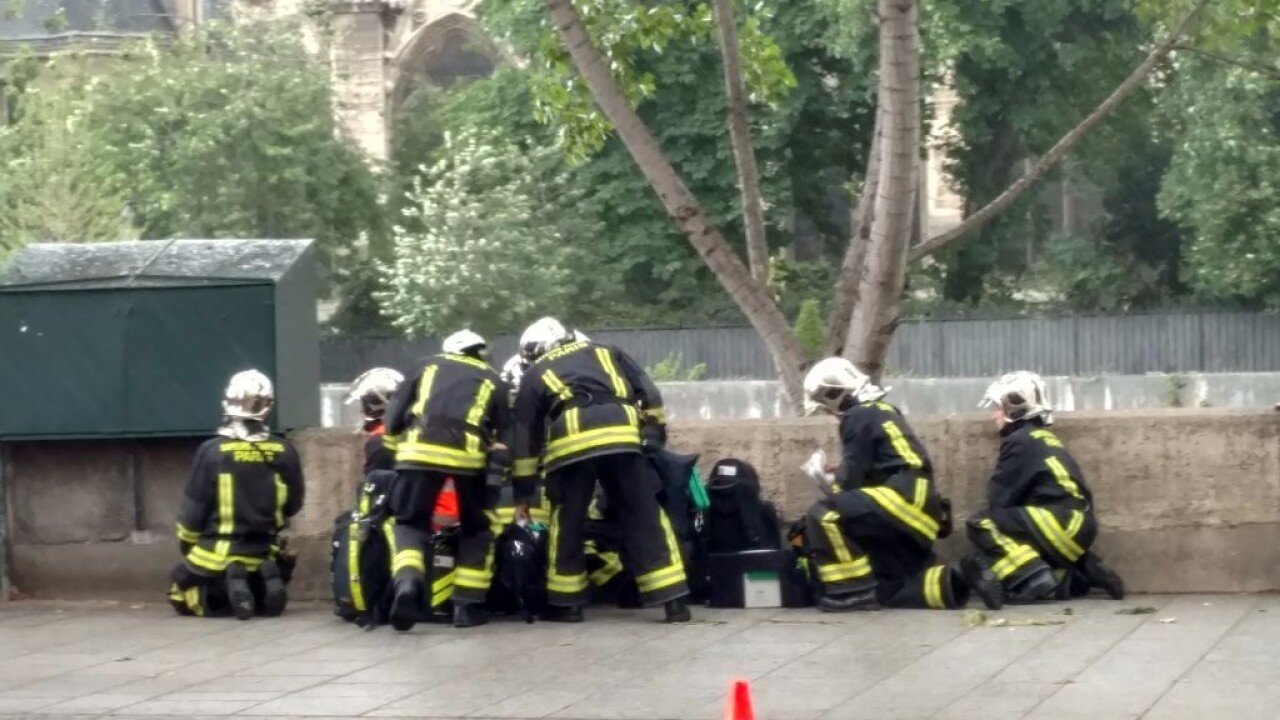 Police in Paris shot and injured a man who tried to attack officers with a hammer at the Notre Dame cathedral on June 6, 2017.

PARIS – Police in Paris shot and injured a man who attacked officers with a hammer at the Notre-Dame cathedral in the center of the city.

The attacker was wounded and taken to hospital, and the situation brought under control, police said

The incident caused panic among visitors in the area. Hundreds of people were being held inside the cathedral, BFMTV reported, and photos on social media showed crowds inside with their hands in the air.

Police in Paris shot and injured a man who tried to attack officers with a hammer at the Notre Dame cathedral on June 6, 2017.

The Paris Prosecutor’s office said it had opened an anti-terror probe into the incident.

Police had earlier warned the public to stay away from the cathedral.

A woman in the area at the time of the incident said that she heard two shots.

“Everyone started fleeing from the cathedral and police surrounded almost immediately. It looked as though they had surrounded someone at the stairs down to the Seine (River),” said the woman, who gave her name as Abigail M.

“There was a large crowd in line to go into the cathedral and when the shots fired they all started running.”

She said that police had sectioned off an area around the cathedral and down the street.

“We took cover in a nearby store and they left us there for about 15 minutes before fully clearing the area. I saw emergency services, military personnel and what appeared to be police dressed in bomb squad gear.”

France is still in a state of emergency following the Paris attacks in November 2015, in which 130 people were killed. There has been strong police presence on the streets of Paris since then.