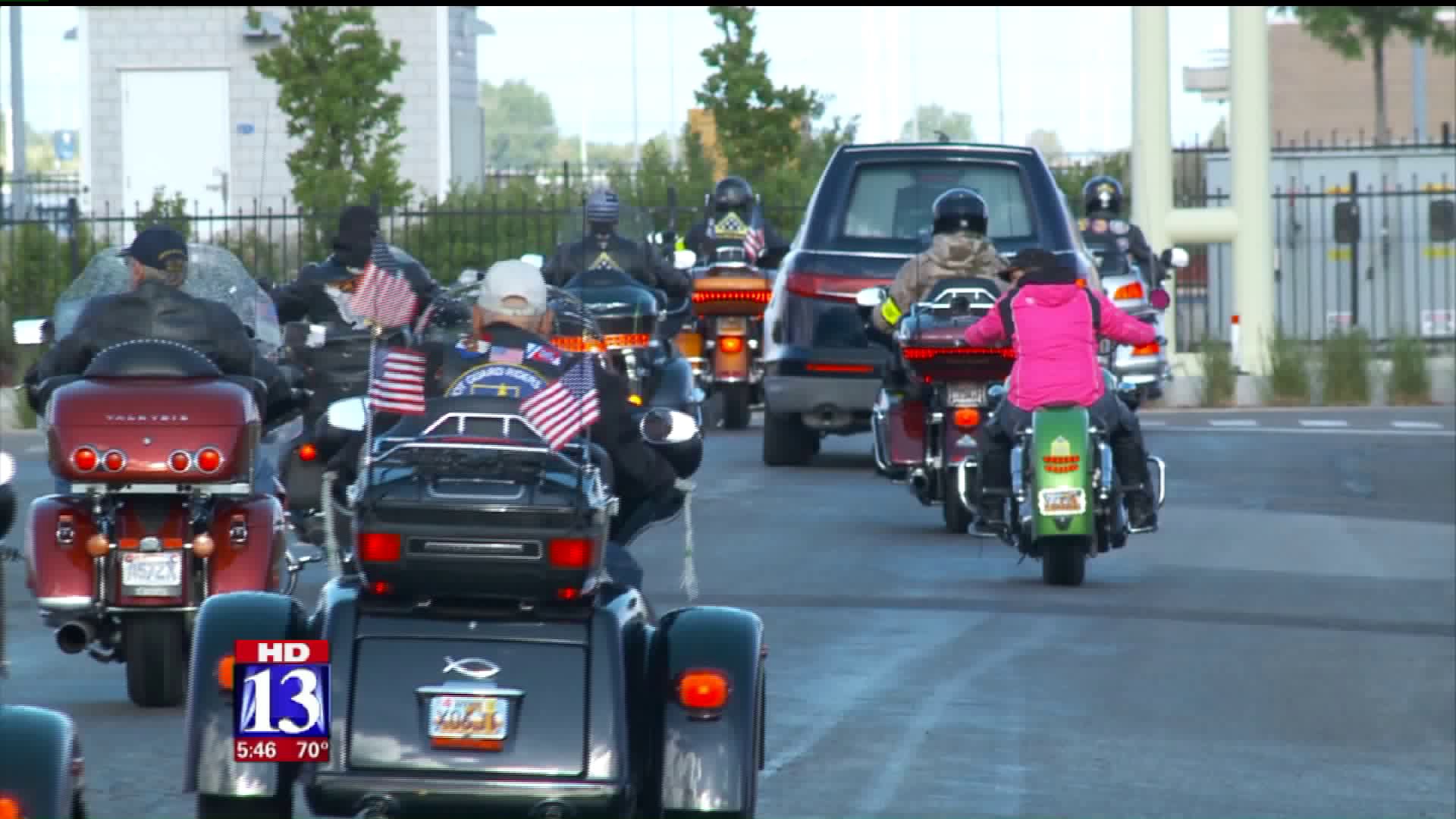 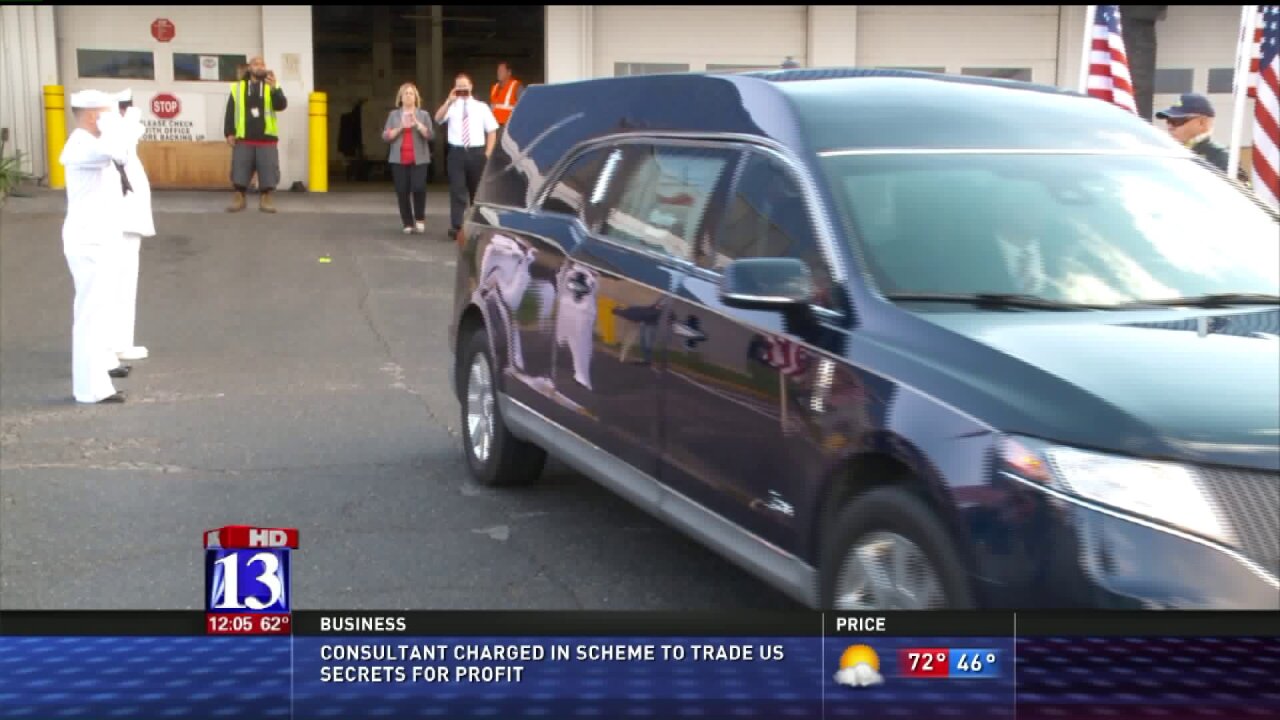 SALT LAKE CITY — More than 75 years after he was killed in the Japanese attack on Pearl Harbor, the remains of a U.S. serviceman from World War II are being returned to his family for a proper military burial in Monroe, Utah.

Larsen's remains arrived Thursday morning at the Salt Lake City International Airport, where a naval contingent was on hand to greet the casket. The hearse was escorted from the airport by patriot riders, a volunteer motorcycle group that helps to memorialize and dignify those who lost their lives in service to their country.

“These people never got a welcome home. They never got recognized so their family can see that they’re not forgotten by society. That their service and their sacrifice has not been forgotten,” said Wayne Hunting, State Captain with the Patriot Guard Riders.

Larsen was aboard the USS Oklahoma when it sustained multiple torpedo hits, causing it to quickly capsize. The attack on the ship resulted in the deaths of 429 crewmen, including Larsen.

Navy personnel recovered the deceased crew between December 1941 and June 1944, a statement from the U.S. Military said, and those remains were interred in the Halawa and Nu'uanu Cemeteries.

In September 1947, members of the American Graves Registration Service disinterred the remains of U.S. casualties from the two cemeteries and transferred them to the the Central Identification Laboratory at Schofield Barracks. Laboratory staff then confirmed the identities of 35 men from the USS Oklahoma at that time.

The other, unidentified remains, including those of Larsen, were buried in 46 plots at the National Memorial Cemetery of the Pacific in Honolulu. A military board classified those remains as non-recoverable in October 1949, the statement said.

In April 2015, the Deputy Secretary of Defense directed the disinterment of unknown remains associated with the USS Oklahoma.

Two years later, a special delivery aboard a Delta plane landed at the Salt Lake International Airport Thursday morning. Larsen’s remains were brought back home to his family.

“We never dreamed of anything like this happening," said Lisa King, Larsen's niece. "When we did hear it had happened, it’s just been neat. It’s been a neat four months of anticipation."

“Something that we thought was lost forever is now back home," he said.