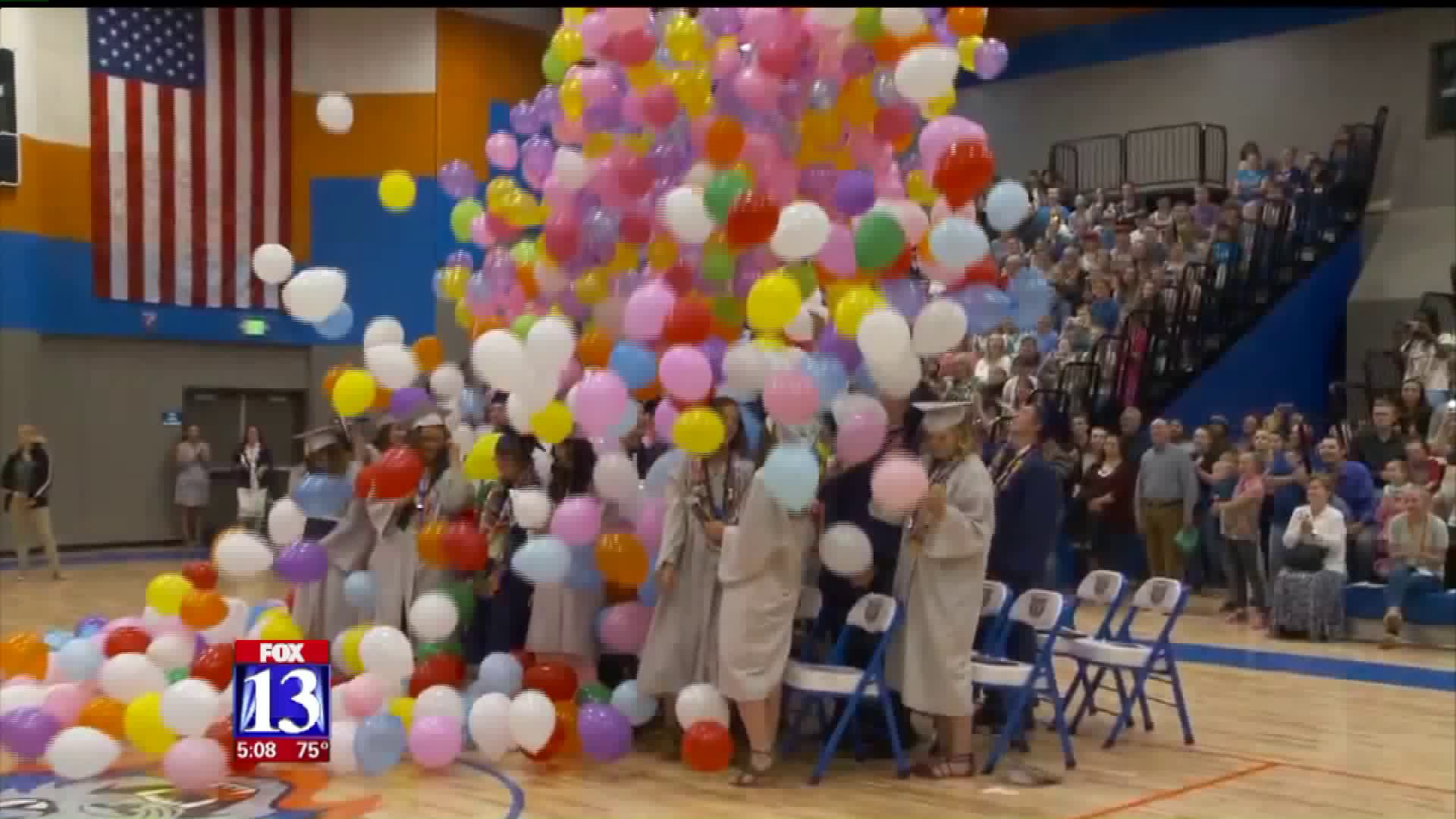 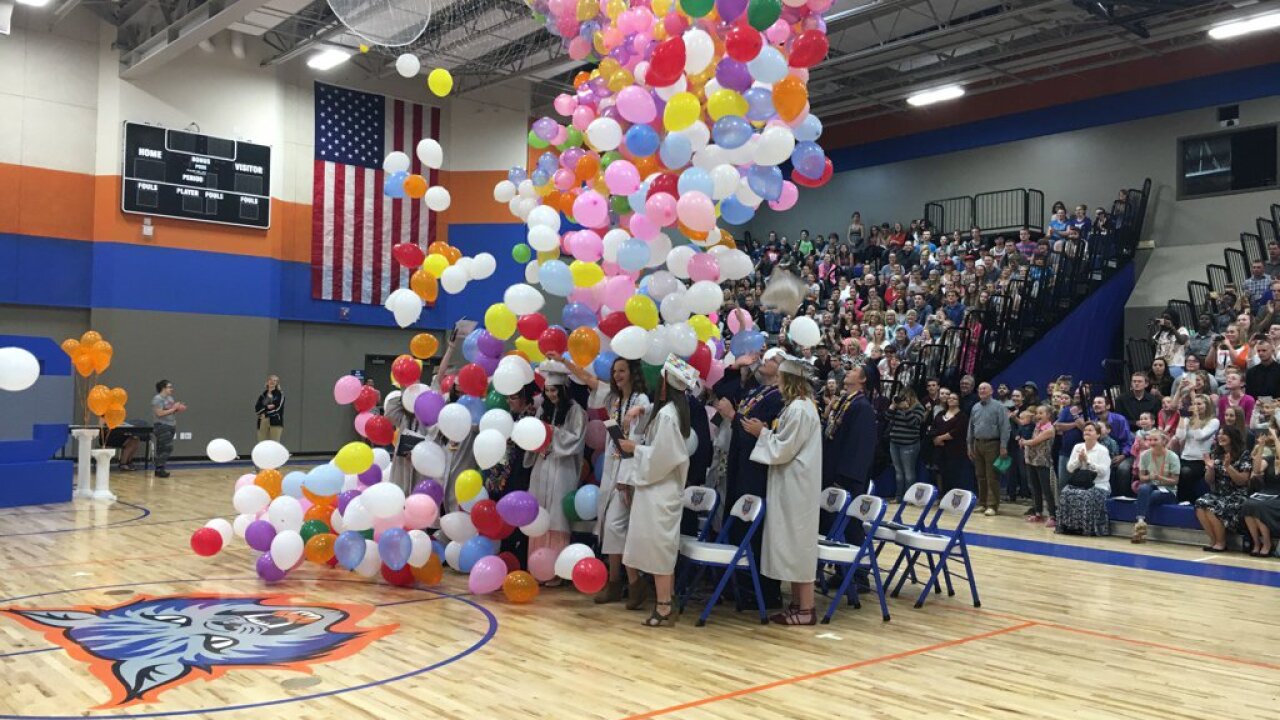 HILDALE, Utah -- As the graduation anthem played, the Water Canyon High School class of 2017 marched in to cheers, smiles and tears.

The 25 students who received their diplomas represent a deeply divided small town's hopes and dreams for the future.

Amy Barlow said her graduation is also for future generations.

"It teaches the little ones they can do it too! It grows. I love it!" she said, surrounded by balloons that fell from the ceiling and hugs from family and friends.

On Monday, 700 people packed Water Canyon School's auditorium to see the graduation. Many of those in attendance are ex-members of the FLDS Church, who have moved back. The school is growing with more students registering. The Washington County School District announced it's expanding to build a football field and softball field for student athletics.

Changes in the community were referenced by the graduation commencement speaker, Utah Lt. Governor Spencer Cox. He spoke of seeing the community come together after the deadly floods that killed 14.

"I’m so happy to see the community today rallying around you," he said.

Once the stronghold of the FLDS Church, Hildale is in the midst of dramatic change. Residents say members of the polygamous sect led by Jeffs are now in the minority -- at least on the Utah side of the border (Colorado City is on the Arizona side).

In 2005, the Utah courts took control of the United Effort Plan Trust, which controls homes and property in Hildale and Colorado City. Recently, a jury in Arizona sided with the U.S. Department of Justice in a lawsuit against the towns, accusing them of discriminating against non-members and their police of acting as de facto agents for Jeffs. A federal judge ordered the towns subdivided.

Within the last few weeks, some FLDS faithful have been evicted after they refused to sign occupancy agreements. After speaking at the graduation, the Lt. Governor met with the UEP board to discuss issues in the towns.

"We want this process to be very humane. We care about people, we really do," he told FOX 13 outside the meeting. "But we also are a society governed by laws and we have to follow those laws."

Asked if he believed Warren Jeffs' grip was loosening in the town, Cox replied: "I hope so."

"I think we’re starting to see that," he added. "Anybody that’s been convicted and imprisoned for the things he’s done I would hope has less of an influence here."

The direction Hildale takes could be decided in November's municipal elections, where three council positions and the mayor's office are up for grabs. The towns have never elected a non-FLDS member.

Donia Jessop is running to be the first woman mayor of Hildale. She said when she was in the FLDS Church, leadership told her who to vote for.

"I know, it’s so un-American and unconstitutional!" she told FOX 13. "It’s like, how does this happen here in America? But that’s what’s been happening. That is the change I’m talking about that needs (to be) made."