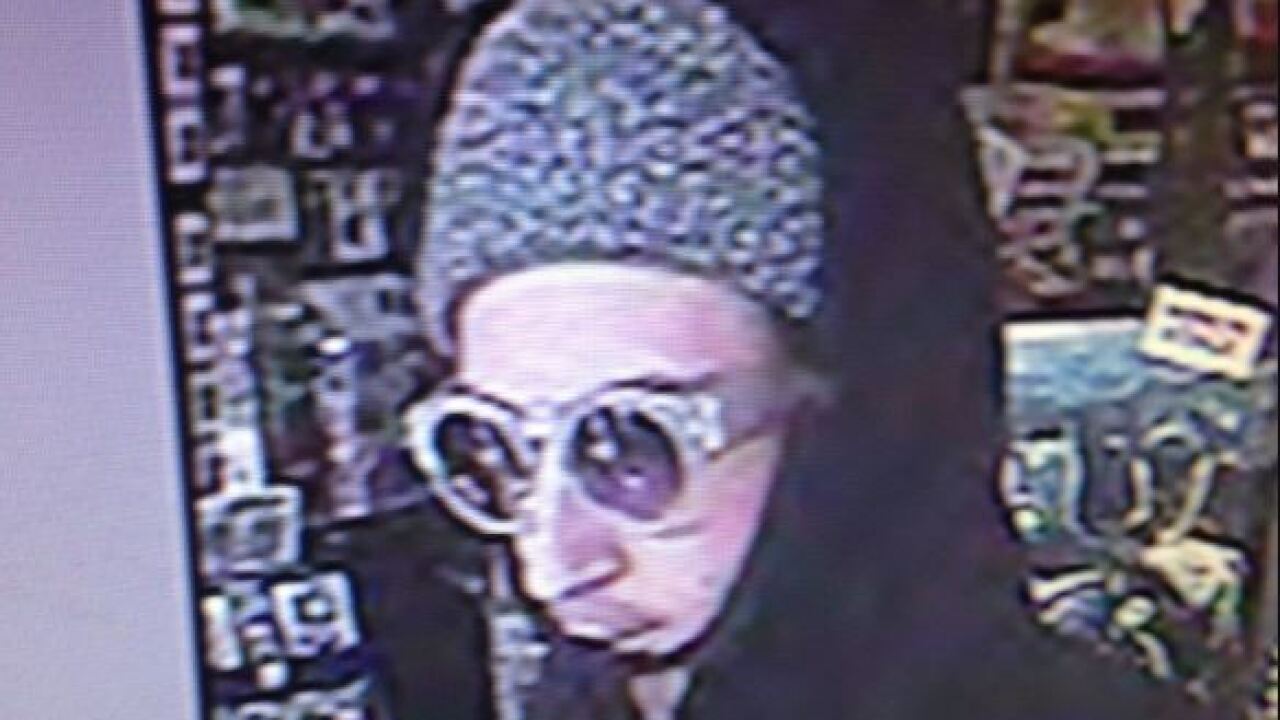 A suspect in an armed robbery in Cottonwood Heights May 21, 2017. Image courtesy CH Police.

COTTONWOOD HEIGHTS, Utah — Police are looking for a suspect after an armed robbery at a GameStop, and the suspect is believed to have hit several businesses in the area in recent weeks.

The robbery occurred at 6949 South Park Centre Drive in Cottonwood Heights. Police first tweeted about the robbery around 6:40 p.m.

The man brandished a gun during the robbery and fled after receiving either money or property. Police are not disclosing details about what was taken due to the active nature of the investigation.

A suspect in an armed robbery in Cottonwood Heights May 21, 2017. Image courtesy CH Police.

The suspect may be driving a black Chevrolet Suburban with at least one passenger inside. Both individuals are described as white males.

Police say the man who carried out the robbery is armed and dangerous. Anyone with information about the robbery should call 801-840-4000. In an emergency, dial 911.

Police say the suspect has robbed several businesses in the Park Centre area in the last few weeks.

A photo from the robbery shows the suspect, who appears to be wearing sunglasses, a dark-colored hat and a black hooded sweatshirt.

Fox 13 News has reached out to police for more information, and we will update this story as more details emerge.