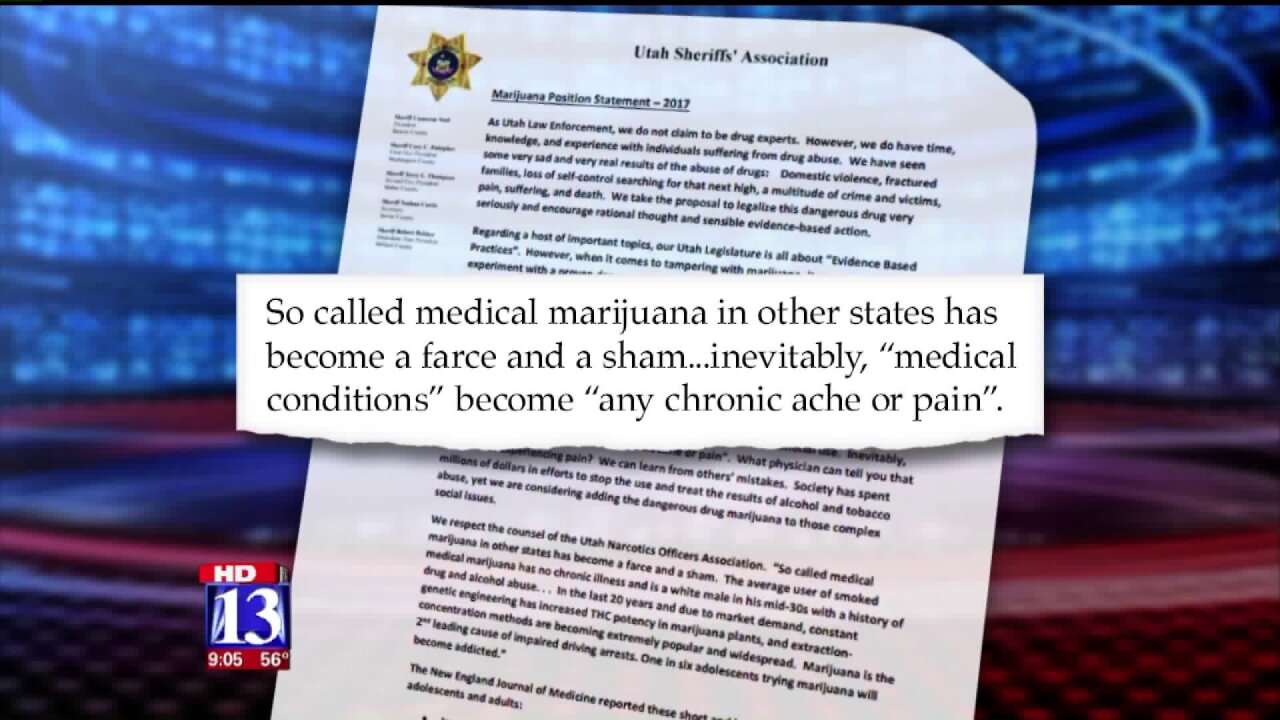 WEBER COUNTY – The Weber County Sheriff’s Office is drawing some backlash for its thoughts on medicinal marijuana.

In a statement issued to the Utah Sheriff’s Association Friday, the Department quoted the Utah Narcotics Officers Association saying:

The statement caught many supporters of medicinal marijuana off-guard.

“I was in the emergency room at least twice a month and the doctor’s office two or three times a week on pharmaceuticals for 16 years,” said Christine Stenquist, a spokesperson for T.R.U.C.E., or Together for Responsible Use and Cannabis Education.

Stenquist goes on to add that she’s now pharmaceutical free.

The letter, which can be read in its entirety here, also voices the department’s views on recreational marijuana and how it has contributed to crime in other cities and states.

The letter further details how recreational marijuana has become the No. 1 problem in Colorado schools and how, since legalizing marijuana, Denver has seen a 44 percent increase in crime and an increase in their homeless population of 10,000 people.