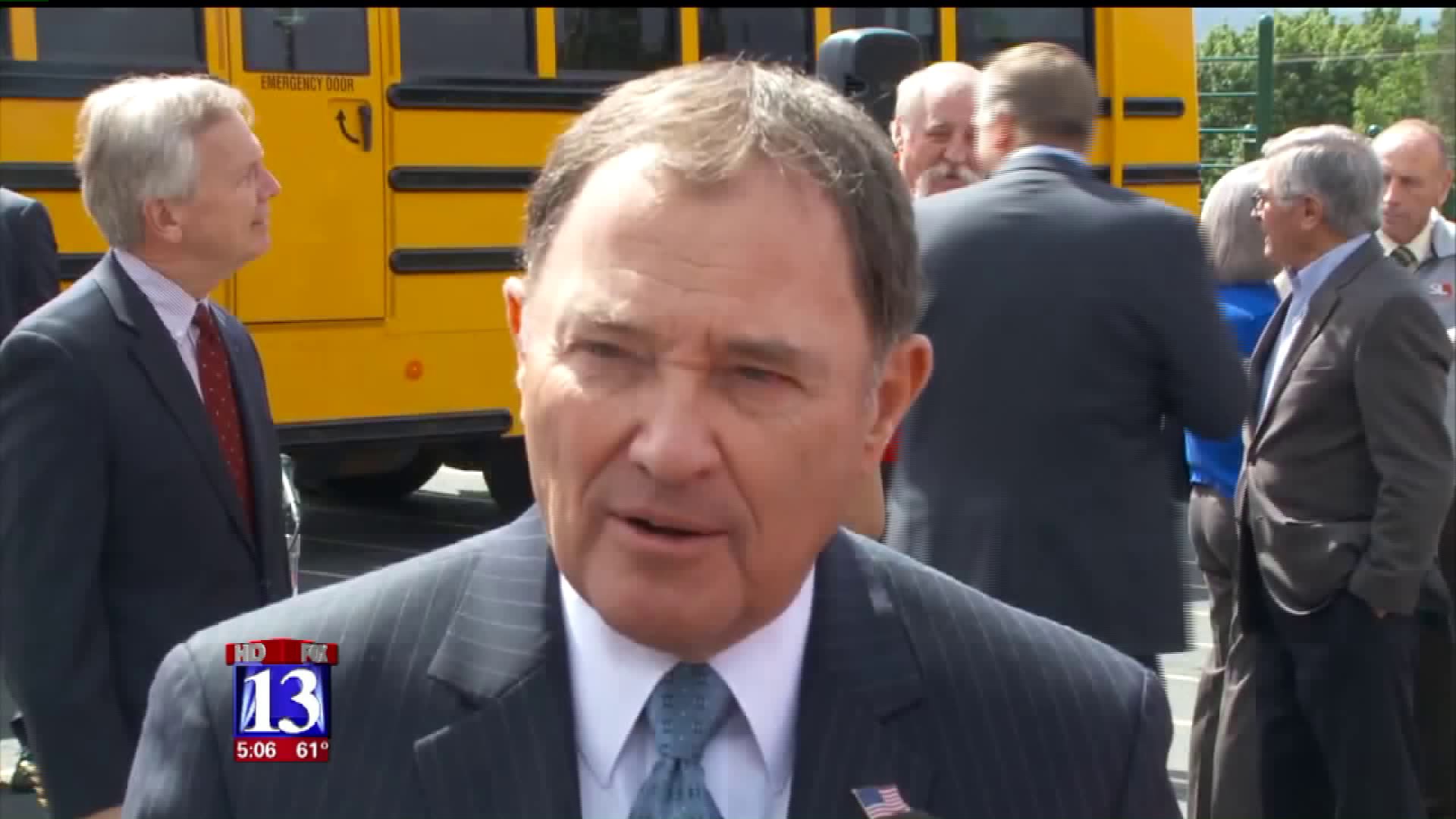 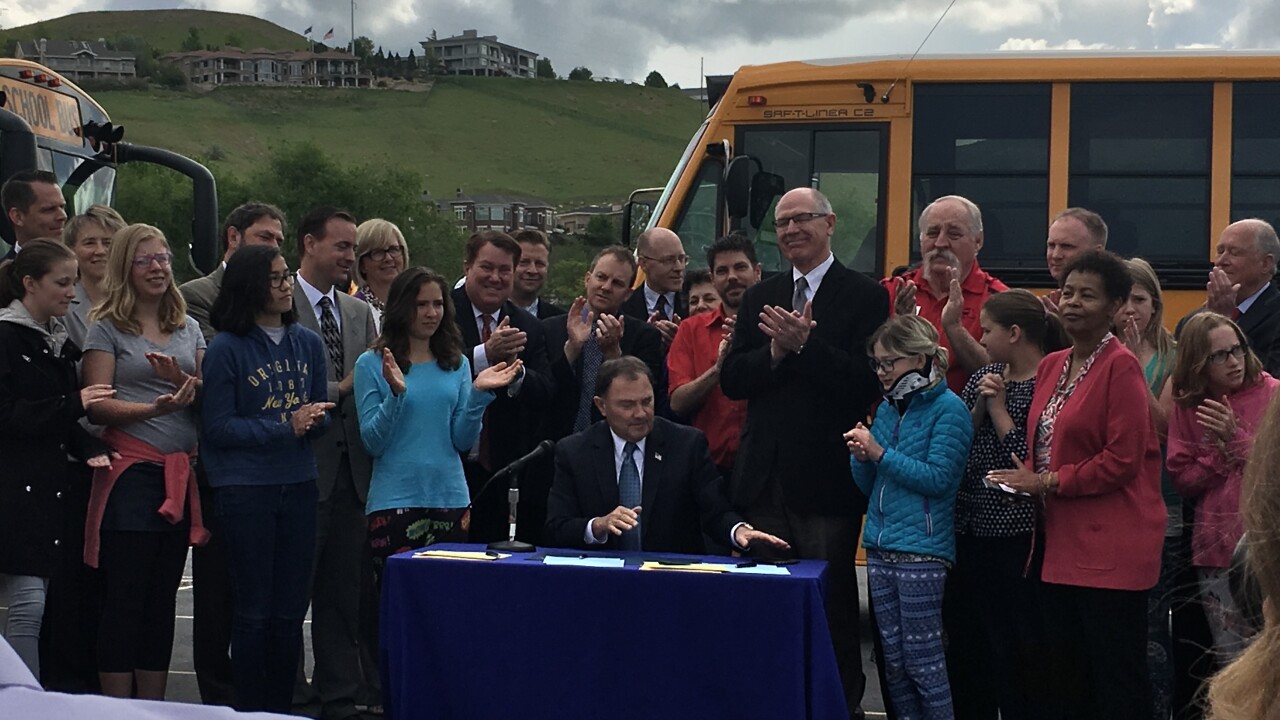 During a ceremonial bill signing on Tuesday at Ensign Elementary School, the governor highlighted steps the state has taken to reduce pollution. He signed a resolution encouraging people to purchase vehicles with better smog ratings, one that gets Utah a piece of the massive Volkswagen pollution settlement, one dealing with the Air Quality Board, and another that encourages schools to purchase natural gas-powered buses.

Gov. Herbert also announced that an additional $7.5 million of the Volkswagen settlement had been earmarked for the natural gas school buses. The buses, something pushed for years by Rep. Stephen Handy, R-Layton, had been previously unfunded by the legislature.

"Volkswagen came along, cheated OK," Rep. Handy told FOX 13. "We’re going to be the beneficiaries of that. The school children and the people of Utah."

Lawmakers have been taking incremental steps to address pollution in Utah, which is one of the top concerns and complaints by constituents. The state's pollution problems manifest themselves annually during the Utah State Legislature in the form of a Wasatch Front inversion.

"When we talk about inversion days, which we know about, we’ve had typically 18 on average. This last year we had seven or eight," Gov. Herbert said. "So we’re getting better."

The governor also promoted refineries beginning to switch to Tier 3 fuels, which he said would improve things. But asked if more regulation needed to be passed, the governor said he liked the direction the state was moving on pollution.

"I guess we’re not where we want to be but I like the trend," Gov. Herbert said. "We’re on the right road."

Environmental groups said Utah has taken some positive steps to improve air quality, but also insisted there was more to do.

"There have been some feel good incentives that have moved us forward, but we’ve been out of attainment with federal health standards for over a decade now," said Ashley Soltysiak, the policy director for HEAL Utah. "We need action now."

Environmentalists have criticized state lawmakers for passing some legislation they claimed rolled back air quality gains, including a reduction in solar tax credits and a bill that allowed for backyard grilling on bad air days. On Tuesday, the governor said he would review that bill again to ensure there were no "unintended consequences."

Rep. Briscoe argued there needed to be more incentives and oversight.

"If we just double the number of cars are we going to be where we need to be?" he said.