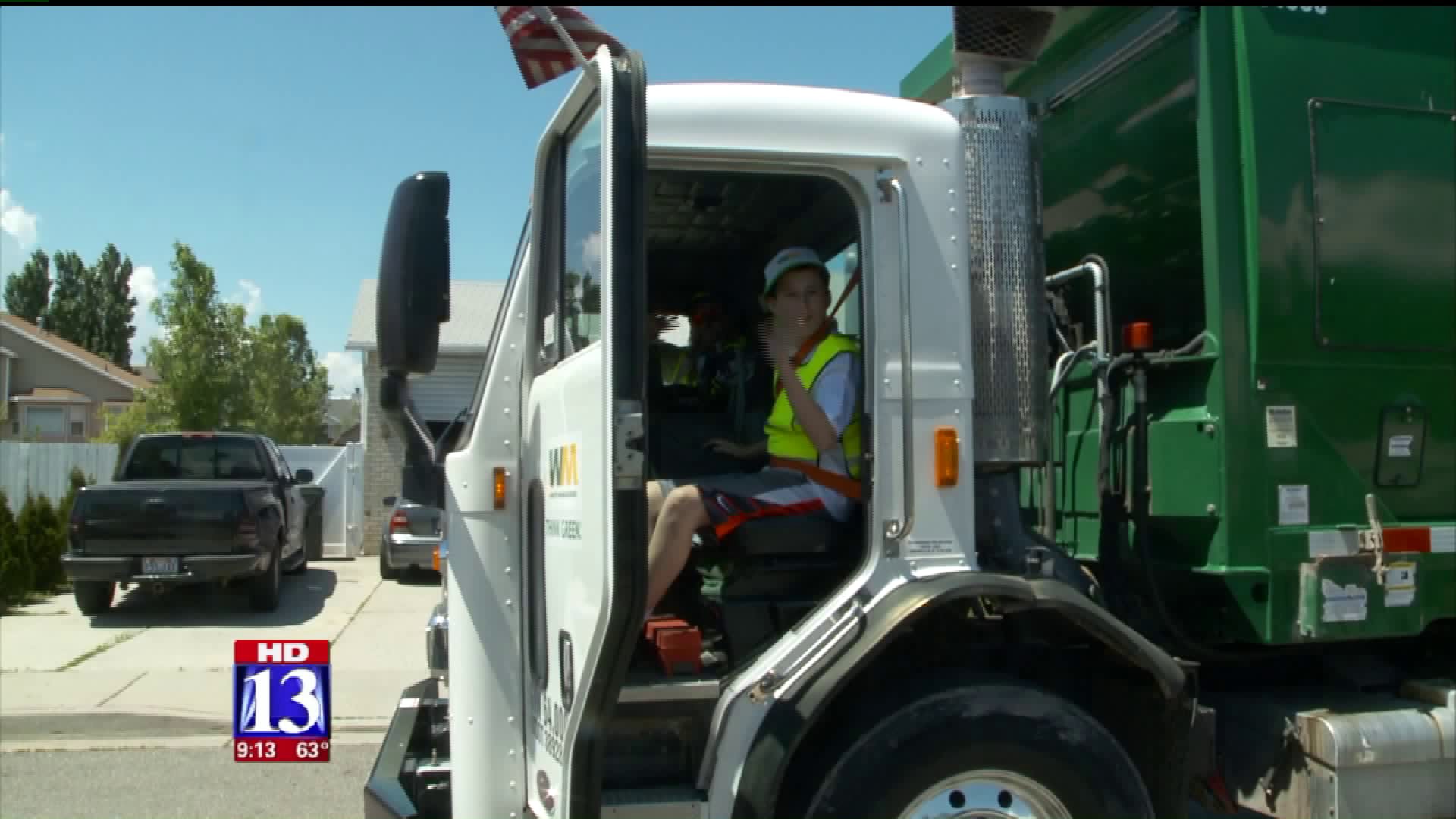 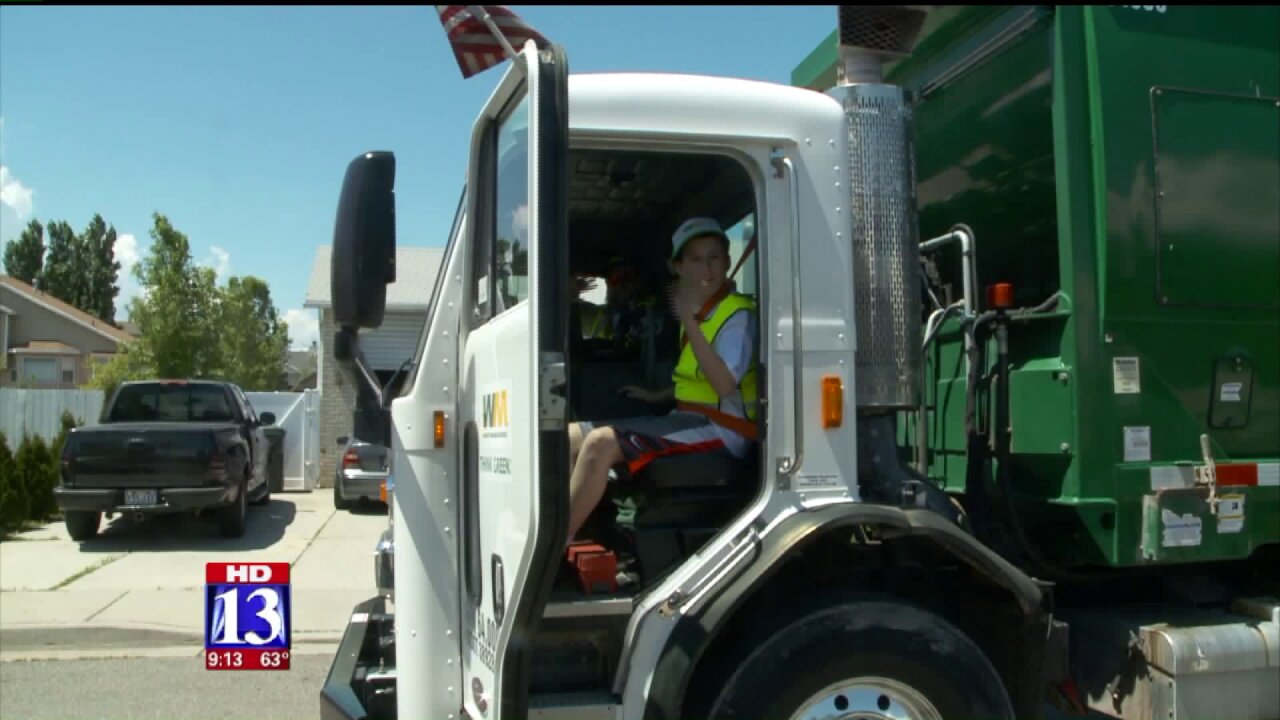 WEST VALLEY CITY, Utah -- A garbage truck and Disney World may not seem like an ideal combination, but it was a dream come true for a West Valley City teenager battling a serious disease.

Austin Trusty is a 15-year-old who loves Disney movies and garbage trucks, and he had a wish granted this week by the Make-A-Wish Utah foundation.

"Because when I don't have school I chase that [truck] around my neighborhood… It’s my hobby," he said.

Sherri Trusty, Austin’s mom, said he gets up early for the occasion.

“He gets up before it gets here, and as soon as he hears it, he's out the door," she said.

“Especially our drivers know and see the kids out there all the time, including Austin,” he said.

Austin’s family said he's had a fascination with the trucks for most of his life.

"He's got quite a few garbage trucks at home, he sits there and he rips the papers up and fills it up, the garbage cans, and 'doo-doo-doo-doo,'” Trusty said, mimicking the beep a truck makes while backing up.

“He wanted to go to Disneyland, but he loves garbage trucks, and West Valley was able to provide both,” Trusty said.

Make-A-Wish Utah and Waste Management of Utah teamed up to give Austin a ride in a garbage truck, and they also revealed they'll be sending Austin and his family to Disney World.

"Austin, he was at the hospital this morning before he came here, and so, this is kind of like a nice little reprieve,” said Jared Perry, President and CEO of Make-A-Wish Utah. “And so, we look for these little moments that we can provide, where a kid can take a break and maybe forget that they're going through an illness."

Perry said that reprieve gave Austin a glimpse of what it’s like to work with the trucks regularly.

“He got to drive around the neighborhood and live a little bit of a dream of his, which is to be a garbage man,” he said.

Trusty said it was a great experience for her son.

"It's his dream,” she said of riding in the garbage truck. “I think he's going to enjoy this more than Walt Disney World.”

Make-A-Wish Utah says granting wishes is more than just making a kid happy. They said these wishes give kids hope and can help improve their health.

To learn more about Make-A-Wish Utah or to contribute, click here.