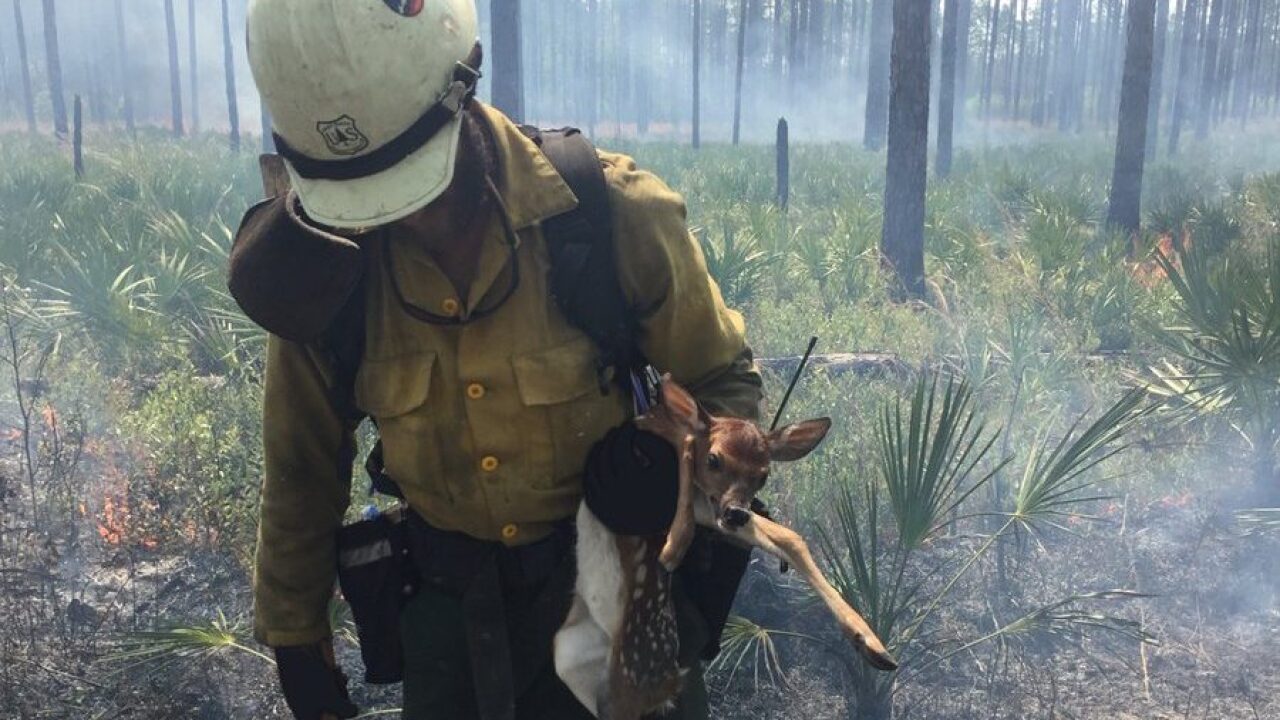 Incredible photo of a firefighter saving a fawn from the 100K-acre West Mims Fire burning in Georgia! 📸 via @inciweb #wildfires + #wildlife pic.twitter.com/JBQt90hHUi

ST. GEORGE, Georgia – The West Mims fire raging in southern Georgia is only 12-percent contained and dozens of families are evacuating as the flames continue to move closer to their homes.

The fire has charred more than 120,000 acres near Georgia’s border with Florida.

Crews are fighting the flames from the ground and air.

As for the fawn, officials said the firefighter moved it to safety and reunited it with its mother.