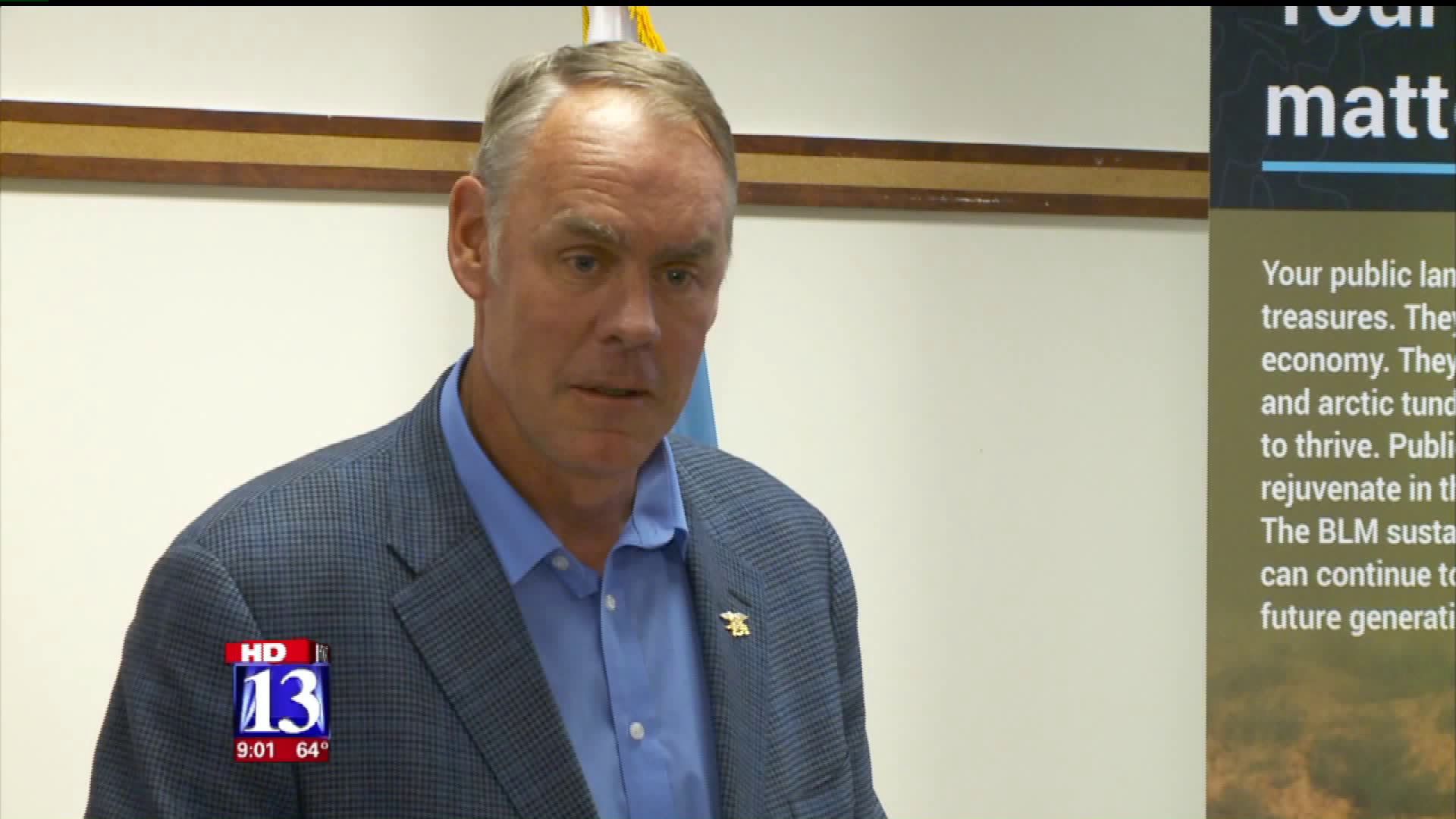 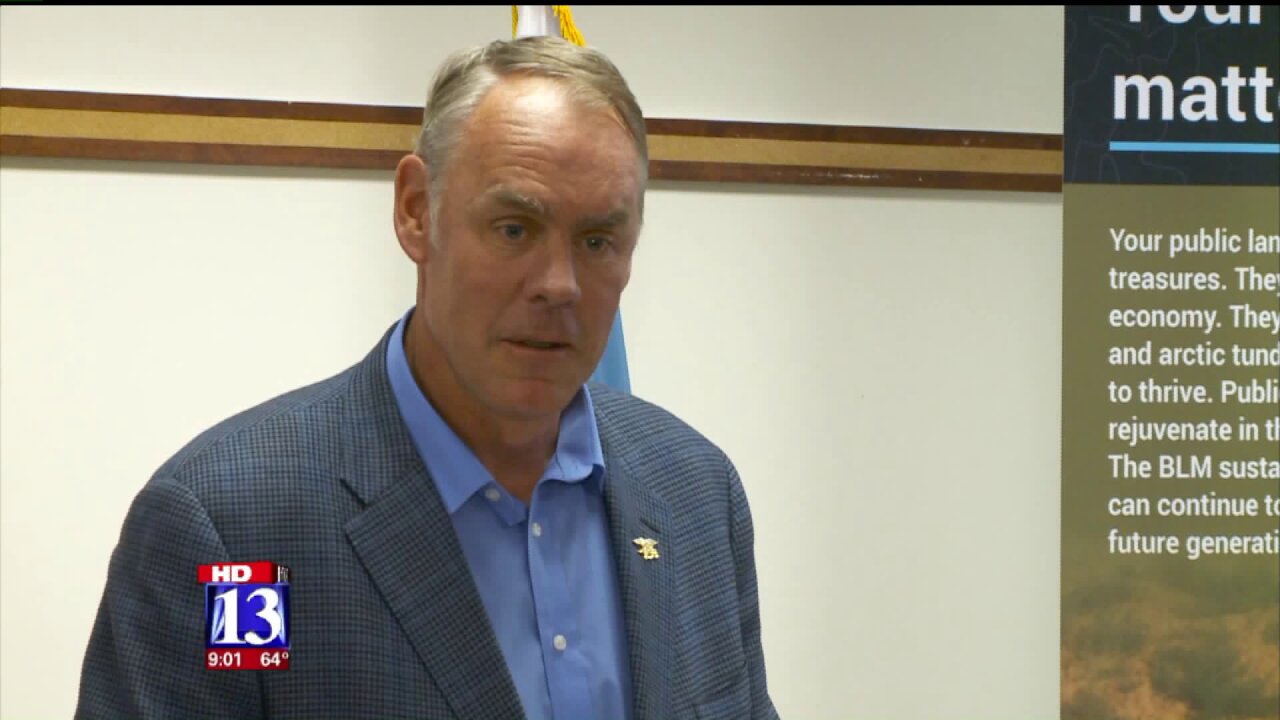 SALT LAKE CITY -- Secretary of the Interior Ryan Zinke arrived in Utah Sunday, beginning a four-day tour in which he will be reviewing the Bears Ears and Grand Staircase-Escalante National Monuments.

Zinke is calling it a listening tour, and there were hundreds of protesters outside BLM offices who wanted to be heard.

“I hope he pays attention to the people of Utah, this is land that belongs to all Americans,” said Fred Gruendell of Draper.

Inside the Bureau of Land Management offices, Zinke addressed the media.

Zinke said during his time in Utah he plans to listen to as many groups as possible regarding the future of Bears Ears and Grand Staircase-Escalante National Monuments.

“I just met with the tribal leaders, this is the first time that they have gotten a voice,” Zinke said. “And their issues are important, and so is the county, so is the state.”

The visit is in response to an executive order issued last month by President Donald Trump, putting all national monuments larger than 100,000 acres and designated in the last 20 years, under review.

Zinke has 45 days to make a recommendation to the president about Bears Ears. He could decide to let it remain as is, or to downsize it, or to revoke its national monument status all together.

This is unprecedented territory, as no president in U.S. history has ever revoked a national monument.

“Oh it’s a legit fear, I mean it’s a whole new era with the person we have in there now,” said Jerry Schmidt of Salt Lake City.

However, Utah’s Federal Delegation believes they can protect thousands of archaeological sites, sacred to Native Americans, without designating the area as a national monument.

“I can just tell you right now it will never cease until the far left gets their way locking up all these lands in Utah, and we are just not going to allow that,” said Senator Orrin Hatch.

Zinke is scheduled to visit House on Fire Ruin Monday and then will move on to other parts of Bears Ears Tuesday. He said out of all 27 monuments he plans to review nationwide, Bears Ears may be the most controversial.

“I take it as a great responsibility,” Zinke said. “This is phenomenal territory that we as a country should be proud of.”