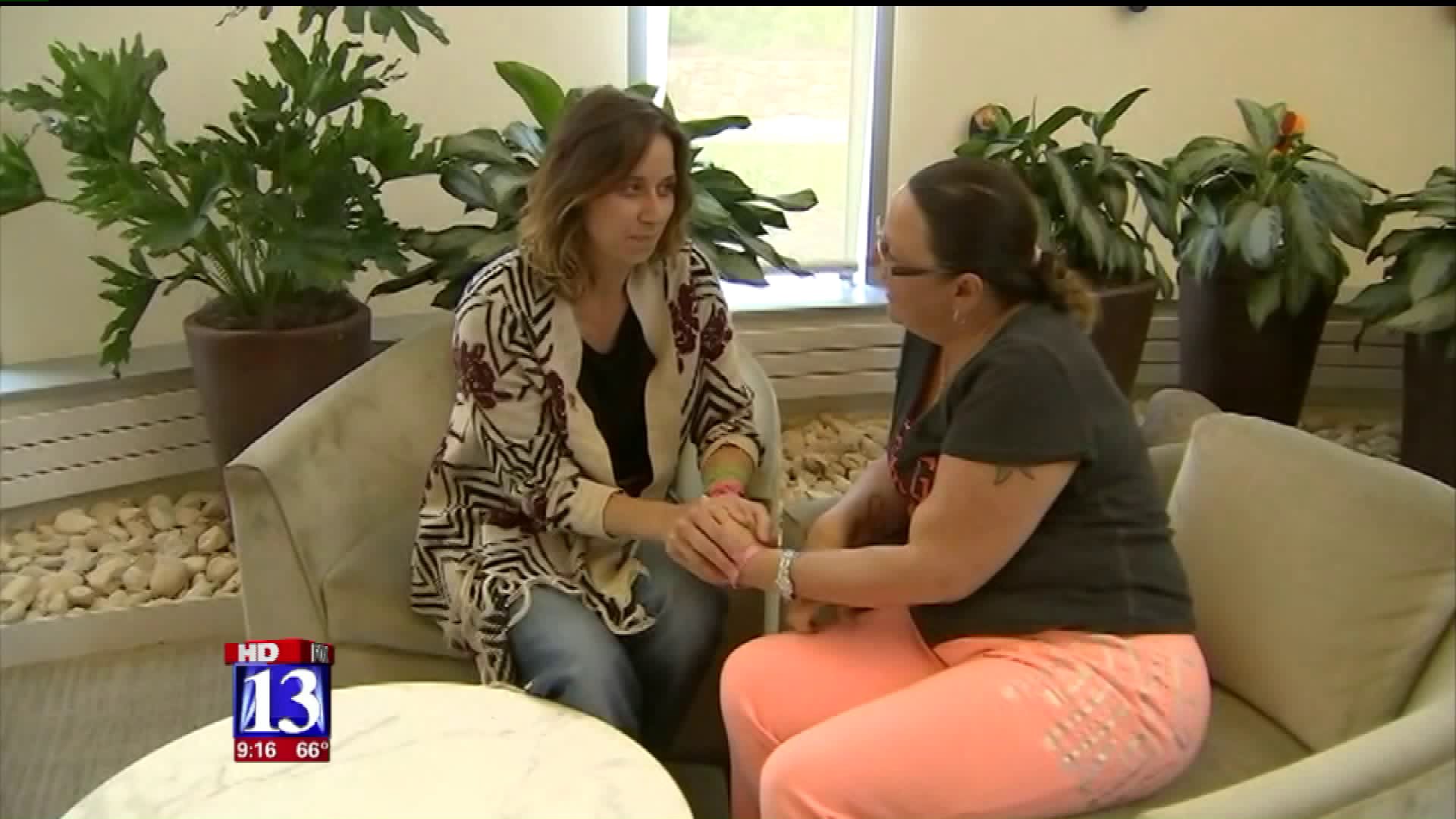 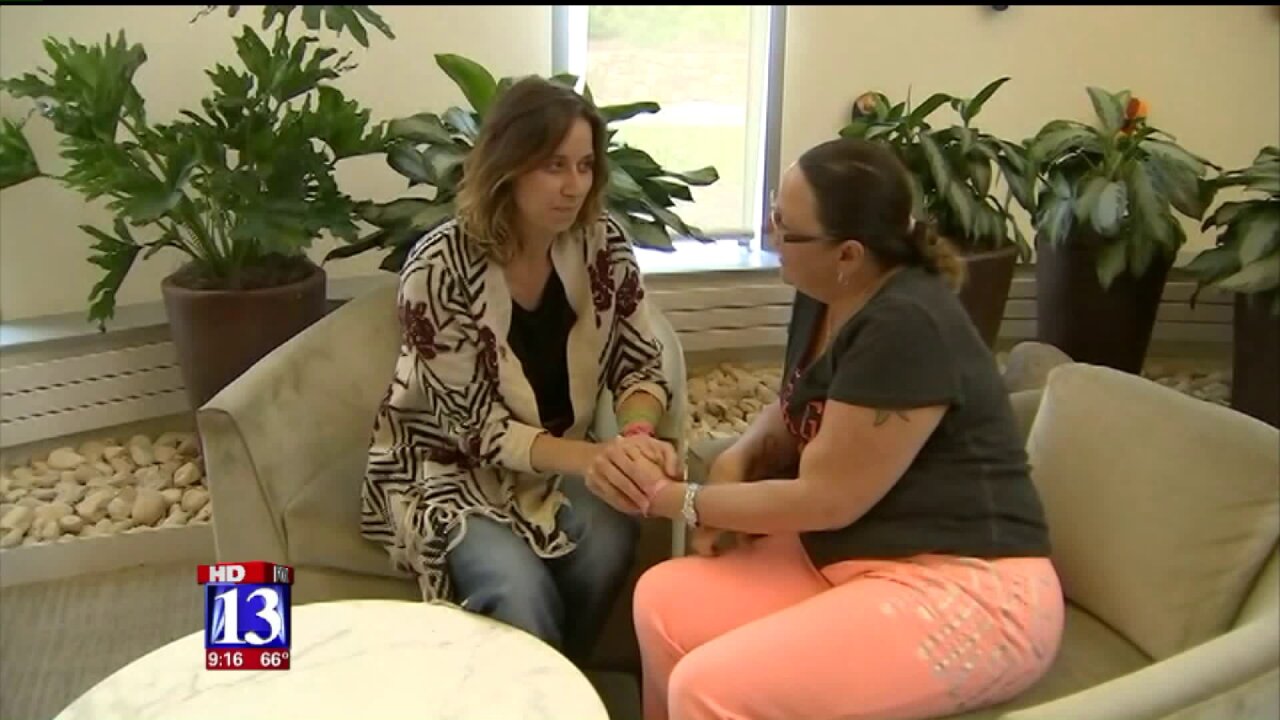 SALT LAKE CITY -- A woman living in Kentucky was fighting for her life, in need of a kidney transplant, when a stranger, right here in Utah, came to her rescue.

Kimberly Gallardo of Kentucky and Brittany Hefner of Utah met for the first time last week at Walter Reed National Military Medical Center in Bethesda, but it’s like they’ve known each other their entire lives.

“I can’t thank her enough," Gallardo said. "She tells me, ‘I’m not your angel.’ Yeah, you are my angel. The story behind it, it just blows my mind.”

Just a few months ago Gallardo didn’t know if she was even going to survive, suffering at home from a crippling kidney disease while waiting for a transplant.

“I waited four years,” Gallardo said. “But I’ve been praying for so long, you know, and he answered my prayers.”

A pamphlet arrived in the mail advertising Walter Reed’s Transplant Program. It was a special offer to military families, and it just so happens Gallardo’s husband is a veteran.

“And I’m like: is this true? This is too good to be true,” Gallardo said.

However, going to Walter Reed was just the first step. She still needed a kidney. So she turned to Facebook for help.

“Transplant team told me social media. You know, get it out there,” Gallardo said. “And then a couple of days later I got a message saying: ’I’m O blood type. I’d be willing to be tested.’”

The message came from Hefner.

“They sent me a blood kit, and I sent them some blood back," Hefner said. "They had it tested, and I was here doing some testing about a month later."

“And the feeling I felt inside, I was like, I didn’t even know this woman,” Gallardo recalled.

It turns out Hefner was not an ideal match, but she still donated one of her kidneys to somebody else, which allowed Gallardo to receive an organ as part of a 10-person kidney transplant chain.

“Even though I don’t physically have her kidney, if it wasn’t for her, I wouldn’t have my kidney," Gallardo said.

Hefner said she was glad to help.

“I don’t know, that’s just who I am," she said. "I have a very big belief: you get what you give. And if I was in her shoes I would hope that somebody would do that for me."

The surgery took place last Tuesday and was a success for both women.

“I feel awesome," Gallardo said. "I haven’t felt this good in a long time. Honestly."

Two women, separated by 1,500 miles, were brought together in the spirit of goodwill and now they have a bond that will last forever.

“Got a new friend and family member for life, so I really gained more than anything,” Hefner said.

“She’s my sister now," Gallardo said. "She gave me my life."