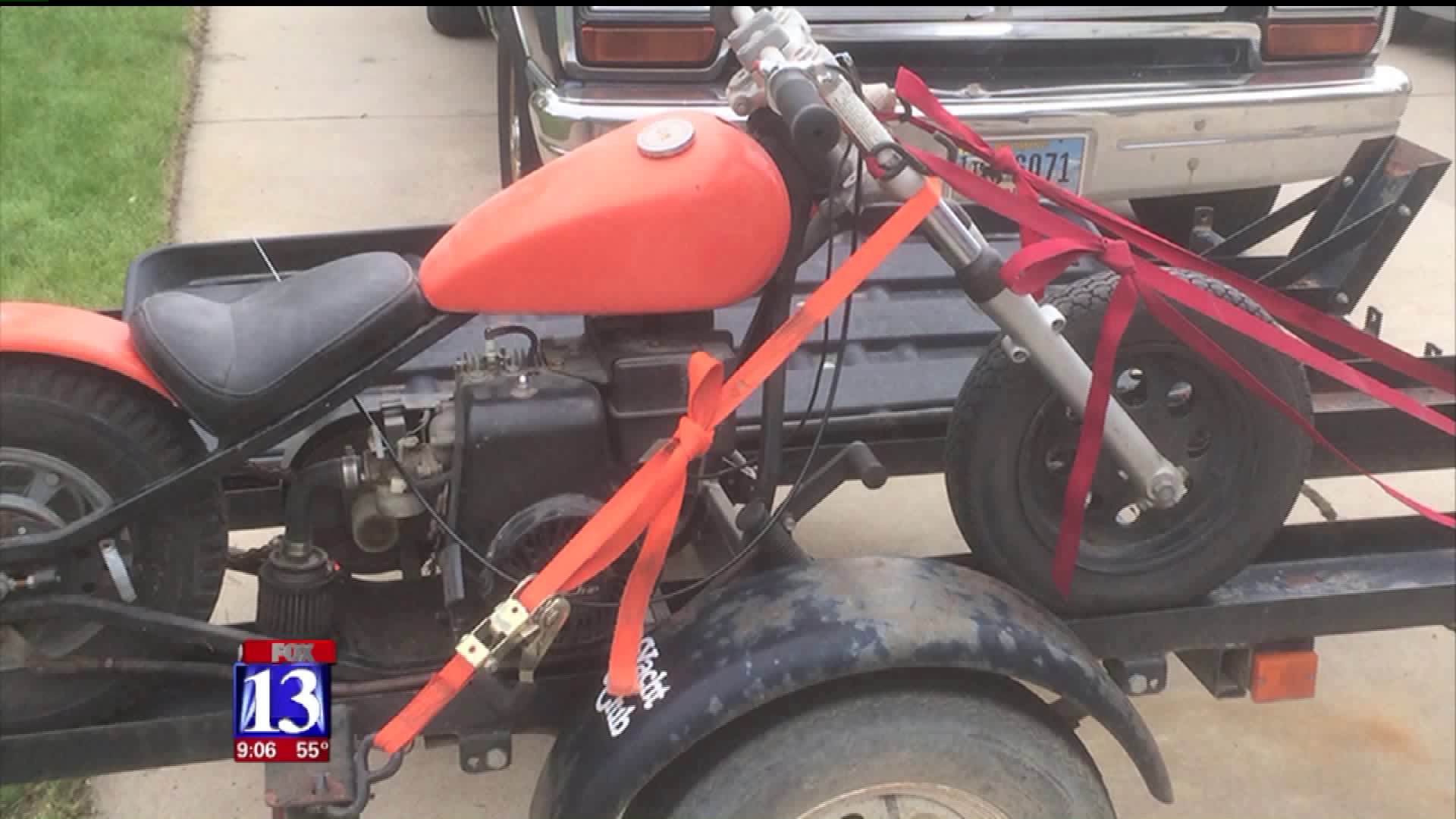 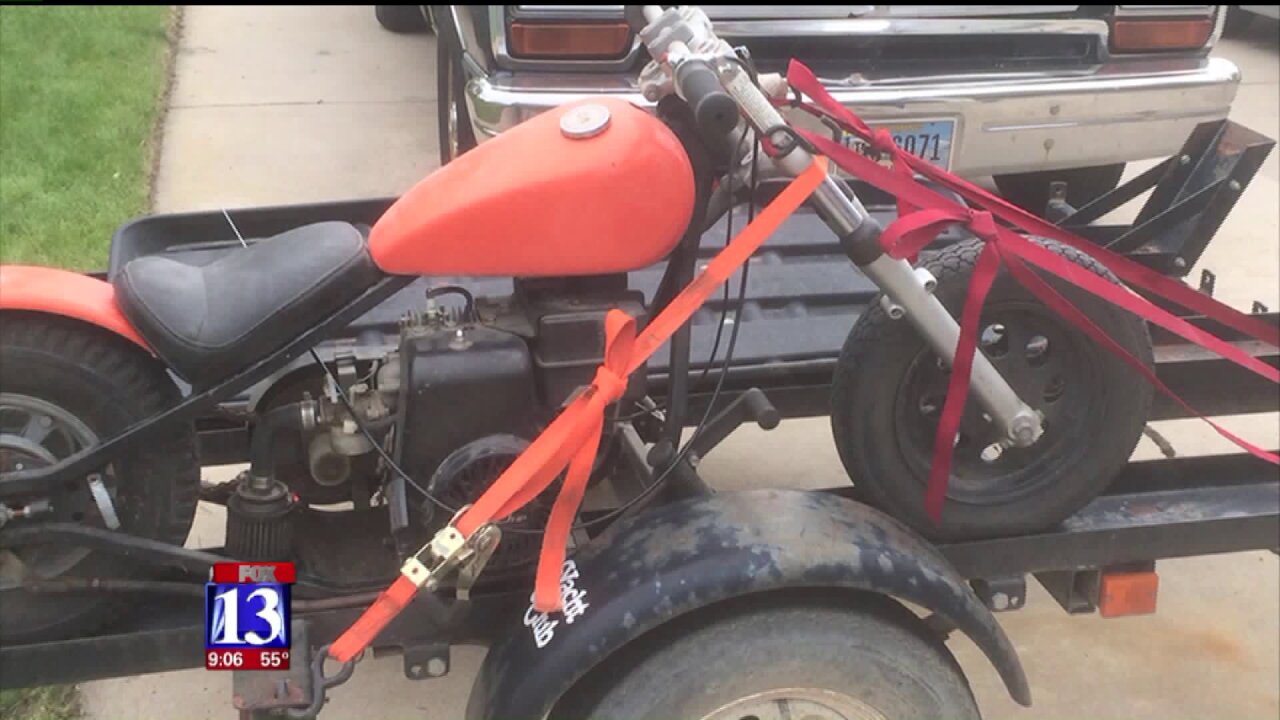 MURRAY, Utah - When police didn't immediately respond to a motorcycle theft, a Murray mom decided to justice into her own hands.

"We just hopped in the car and went over and knocked on the door," said Lisa Rees.

Rees's ex-husband bought a mini motorcycle for the couple's son before he passed away ten years ago. Rees said it remained a priceless memory for her son until Monday morning when two men were caught on camera stealing the bike from a trailer in her front driveway.

"It's brazen; it's stupid," she said of the two thieves actions.

Rees says she immediately called the police and posted the surveillance video on facebook for help. The video was shared over sixty thousand times, and by the next morning, Rees says she knew the thieves names, and where they lived. She says she then relayed that information to Murray Police.

"I asked my son, where does everything stand with the cops, and he said they are forwarding everything to a detective," Rees said.

But Rees worried the police would drag their feet and the bike would be gone by the time they responded.

"So, we figured we will just take it into our own hands," she added.

"We never advocate taking the law into your own hands, it's dangerous," said Officer Steven Sanderson with Murray Police. He maintains that police were working as quickly as they could, but that cases don't usually get solved within 24 hours.

"We would love that, but unfortunately, that's not the reality. There are certain channels we have to go through."

Rees wasn't waiting. With her son and friends in tow, the group went to the thieves home and knocked on the door.

"They were a little nervous and a little shocked," she said of the two men. "They were aware they were all over facebook and the news. I said, 'hey, let's make this easy and give the bike back, and he cooperated."

But Rees said the bike had already been stripped and painted white. Still, she was thrilled to have her property back, and she credits her friends on social media.

"Just a huge thank you," Rees said of people online. "I appreciate all the support and shares and tips because, without them, I wouldn't have gotten it back."