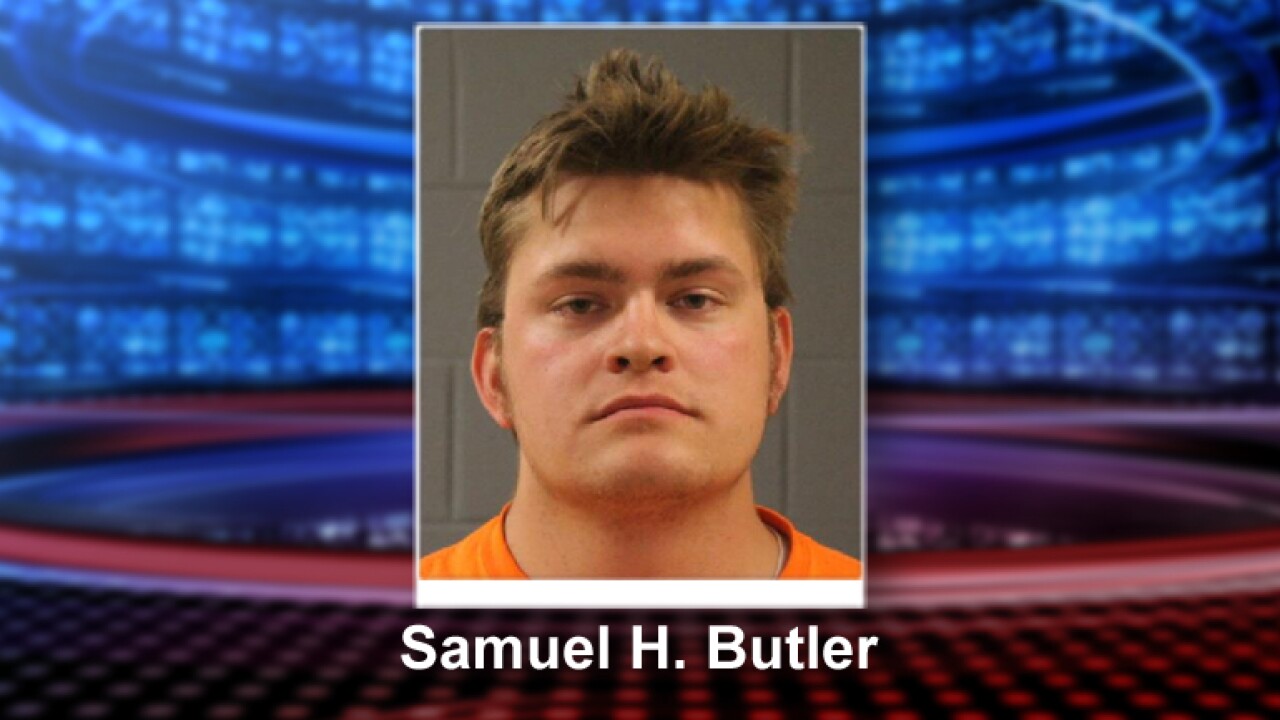 ST. GEORGE, Utah — Dixie State University Security and Campus Police arrested a man Wednesday on a charge of rape after an alleged sexual assault that occurred in January.

According to a statement of probable cause, the alleged assault occurred January 9 after the victim met Samuel Butler via the dating app Tinder and arranged to go out for coffee.

The victim told police Butler told her he “wanted to get laid” prior to the date, but she said she made it clear that would not be happening if they went out but said they could meet up to get coffee.

She said the man did not take her to get coffee, but instead took her to his apartment and began kissing her. When she tried to push him away, she says Butler stopped briefly before ultimately forcing himself on her and raping her.

The alleged assault occurred at the Vintage at Canyonlands at 423 South 900 East. The apartment complex is across the street from the Dixie State University campus and caters to students.

While the complex appears on a list of suggested off-campus housing options on Dixie State’s website, it is not official campus housing or endorsed by the school.

St. George News reports the alleged victim is a student at the university and Butler had applied, but was never accepted as a student there.

Officers with campus police met with Butler Wednesday and placed him under arrest. He was booked into jail and faces one count of rape.

[Editor’s Note: An earlier version of this story incorrectly stated Butler was a student at Dixie State University.]