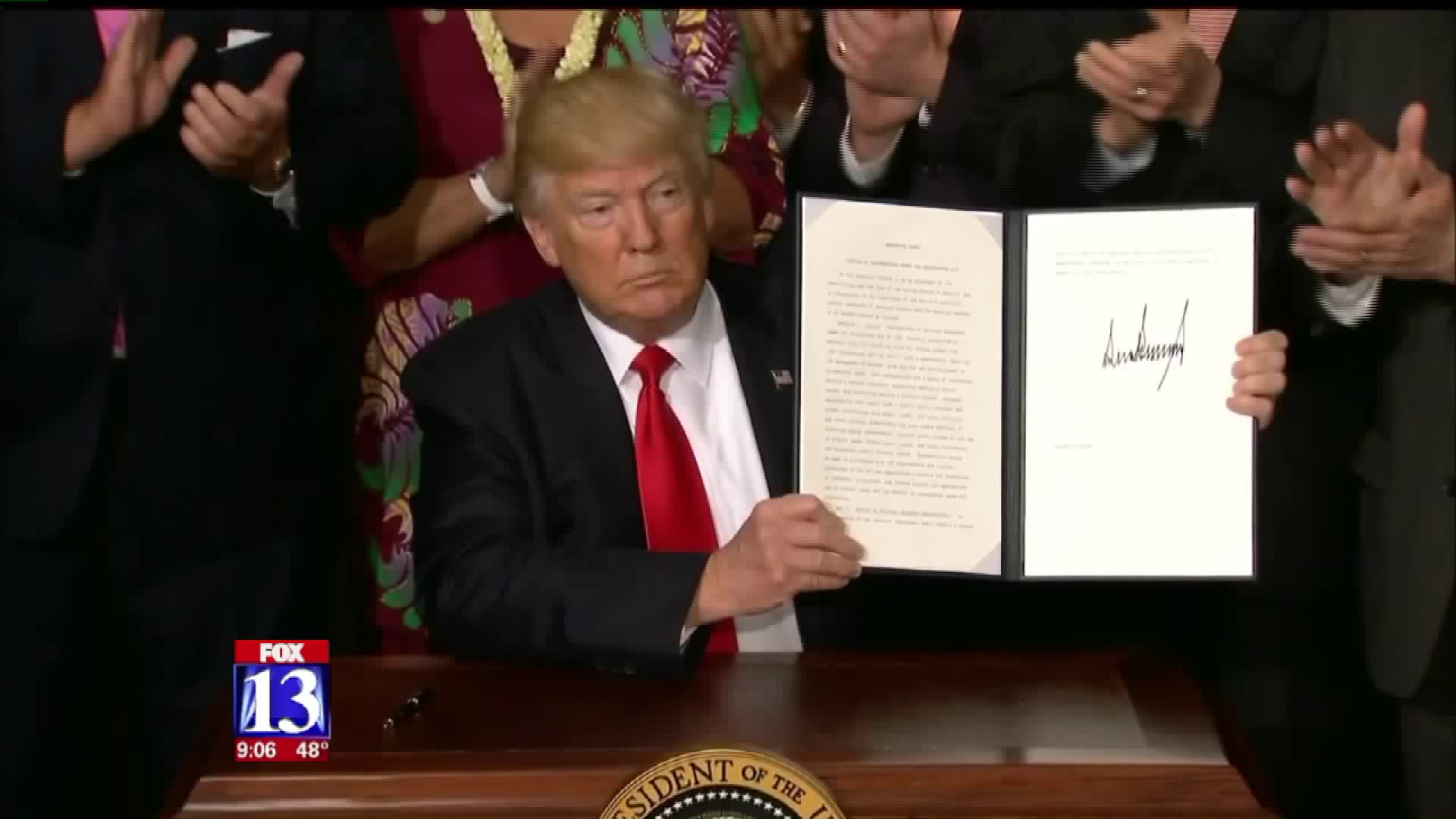 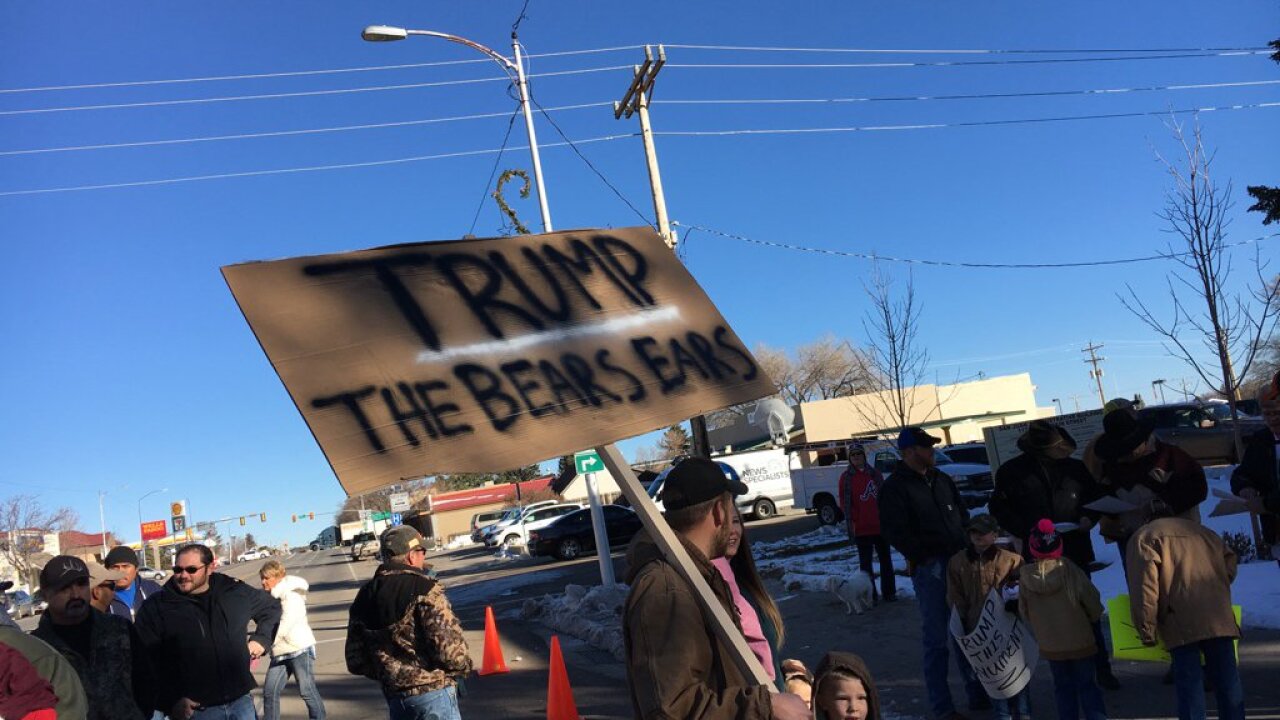 It's an order that will likely affect two of Utah's national monuments: Grand Staircase-Escalante and the newly created Bears Ears, which has been a flash point for controversy over the Antiquities Act. The order may not rescind the monuments entirely, but could shrink their boundaries or open them up for development or further use than what's currently allowed.

Flanked by Utah Governor Gary Herbert and members of the state's congressional delegation, President Trump signed the order. He criticized his predecessor, President Barack Obama, for his use of the Antiquities Act.

"Altogether, the previous administration bypassed the states to place under protection 265 million acres. That's a lot of land!" President Trump said. "Think of it, 265 million acres of land and water under federal control, through the abuse of the monuments designation."

In his remarks, the president made specific mention of Bears Ears National Monument.

"I hear it's beautiful!" he quipped. "Over the profound objection of the citizens of Utah, the Antiquities Act does not give the federal government the power to lock up millions of acres of land and water and it's time we ended this abusive practice."

The order directs Interior Secretary Ryan Zinke to conduct a review of national monuments going back to President Bill Clinton's designation of southern Utah's Grand Staircase-Escalante National Monument in 1996. More than 20 years later, that executive order still has many in the state fuming.

President Obama's designation of Bears Ears sparked protests, and the Utah State Legislature passed a resolution calling on President Trump to rescind it. Secretary Zinke acknowledged in a briefing with reporters the president's ability to rescind a monument is "untested" and would likely face a legal challenge from environmental groups.

A protester at a rally in Monticello against the Bears Ears National Monument. (Photo by Ben Winslow, FOX 13 News)

Utah political leaders praised the move. Governor Herbert noted Utah has a "Jekyll and Hyde" relationship with the Antiquities Act, benefitting from it but also feeling backlash from abuses of it.

"We know firsthand what happens when the law is abused for unworthy political purposes. The Grand Staircase Escalante designation and the recent controversial Bears Ears designation are key examples of this, and I am confident that the upcoming review will lead to positive outcomes for Utah and for those who call the beautiful Bears Ears area home," he said in a statement.

"These land grabs occur with no input from Congress or the local communities most impacted by the designations. It’s an emotional issue to communities around the Bears Ears and Grand Staircase-Escalante National Monuments, as it affects and threatens their ways of life," he said in a statement. "That’s why I believe this Executive Order asking for a review of National Monuments is both a healthy and necessary process."

Environmental groups were critical of the executive order.

"President Trump has launched an all-out assault on our national monuments and public lands," Jennifer Rokala of the Center for Western Priorities said in a statement. "He made it clear today that he will eliminate protections for some of America’s most spectacular lands, waters, and cultural sites, opening them up to drilling and mining."

Josh Ewing, the executive director of Friends of Cedar Mesa in Bluff, told FOX 13 that an attempt to rescind the monument may invite litigation.

"I am very concerned about the tone of the president's announcement and also the very short window of time they are providing Secretary Zinke to do his review," Ewing said. "I am a little bit afraid this is a sham review that won't take seriously scientists, Native American tribes and local people who support this monument."

This is a breaking news story. Updates on FOX 13 and fox13now.com as details become available...