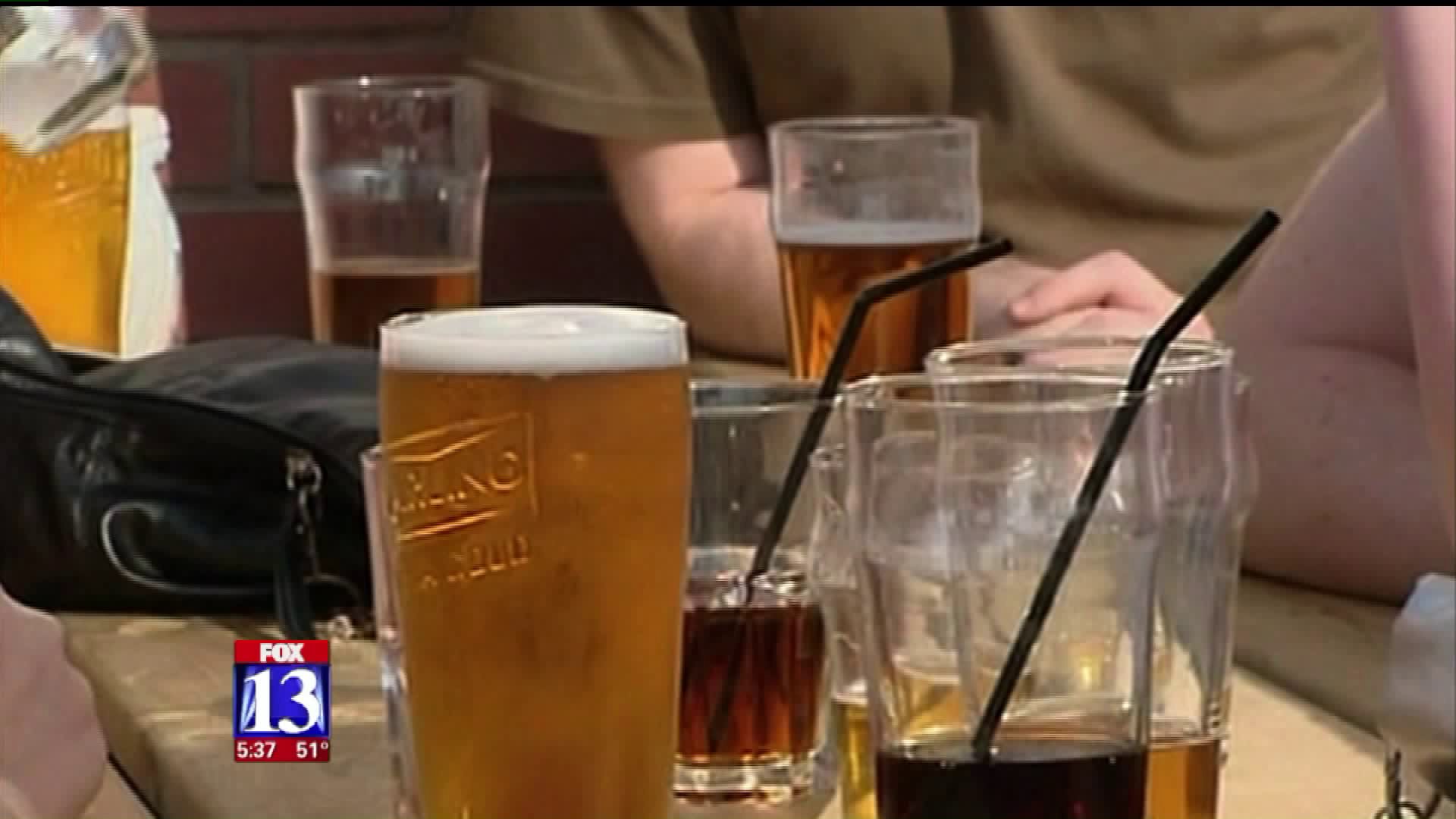 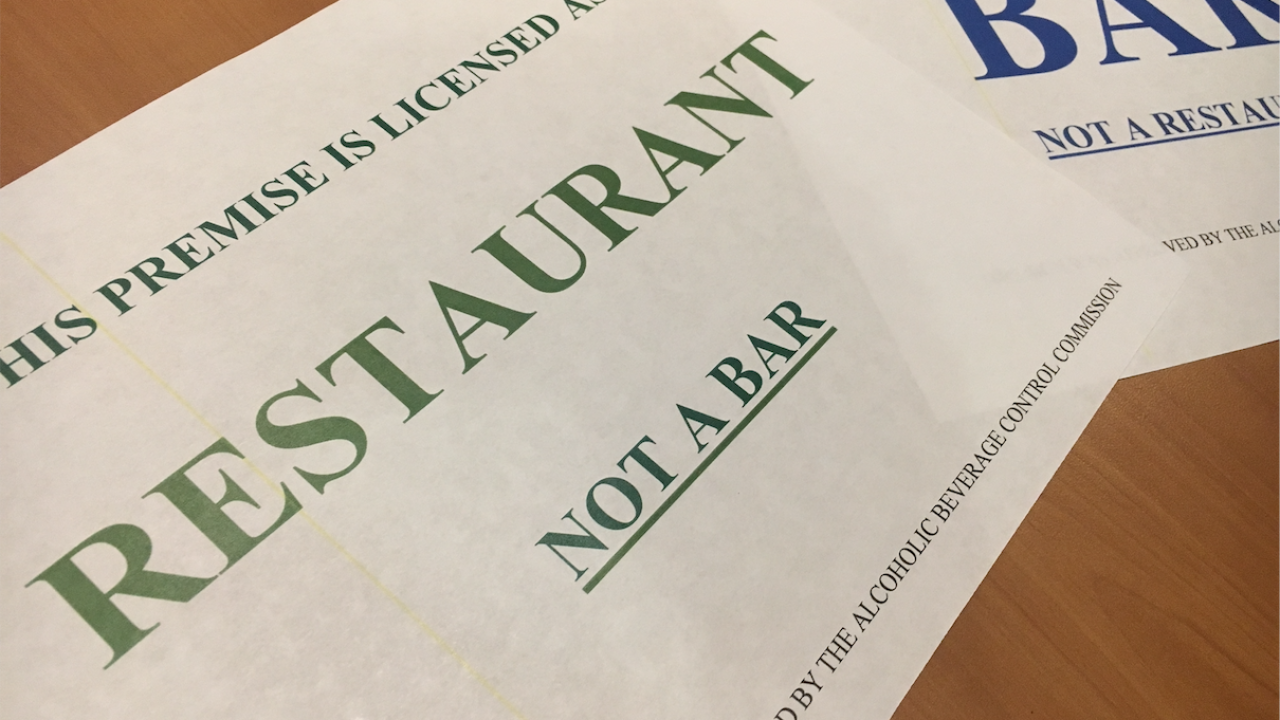 SALT LAKE CITY -- Starting next month, every single restaurant or bar in Utah will have to display a sign designating whether they are a "restaurant" or a "bar."

Utah's Department of Alcoholic Beverage Control Commission approved the signs at its monthly meeting on Tuesday. The signage was included in a massive liquor bill passed by state lawmakers earlier this year.

"Each bar is going to be required to have a sign that says this is a bar not a restaurant," DABC Compliance Director Nina McDermott told the commission.

DABC Compliance Director Nina McDermott holds up the template signs that every Utah bar and restaurant will have to display. (Photo by Ben Winslow, FOX 13 News)

The signs are required to be 8 1/2 x 11 inches, and conspicuously displayed at the entrance. They must be up by May 9.

The DABC Commission approved the signage, joking about whether the liquor control agency's executive director or the commission's pictures should be put on them as well.

After Tuesday's meeting, restaurateurs took the signage in stride. Michele Corigliano with the Salt Lake Area Restaurant Association said she was more concerned about how the signs looked, saying they may take it to a "professional" to make it look nicer.

"It was part of the legislation," she said. "We did talk to a lot of restaurateurs and they felt this was not egregious."

The template signs approved by the DABC. (Photo by Ben Winslow, FOX 13 News)

The legislation was House Bill 442, that allowed restaurants to tear down so-called "Zion Curtains." In exchange, they could create a buffer zone at five or 10-feet, (think of it as a "Zion DMZ") keeping children away from the bar area.

Liquor prices will also go up two percent in Utah under the law, weekend brunch drink service begins at 10:30 a.m., in addition to the signage.

Utah may be the first state in the nation to mandate such signage, but Corigliano said she didn't think it added to the perception of the state's "weird" liquor laws.

"I'd like to get on the bandwagon against this, but I don't think it's as bad as it could be," Corigliano said. "It does give people all over Utah the opportunity to know what they're walking into."

"Rather than embarrass people or have compliance issues down the road, why not just make it clear at the outset to the patrons and the people who are the owners of the bars what is required under the law?" he told FOX 13.

Online, the signs were quickly mocked by some putting up their own in reviled fonts:

OK, so here's another contender for the new DABC signs for restaurants sent in to me... #utpol pic.twitter.com/RNoP14Cgs6