There’s a #MarchForScience on all 7 continents, even Antarctica 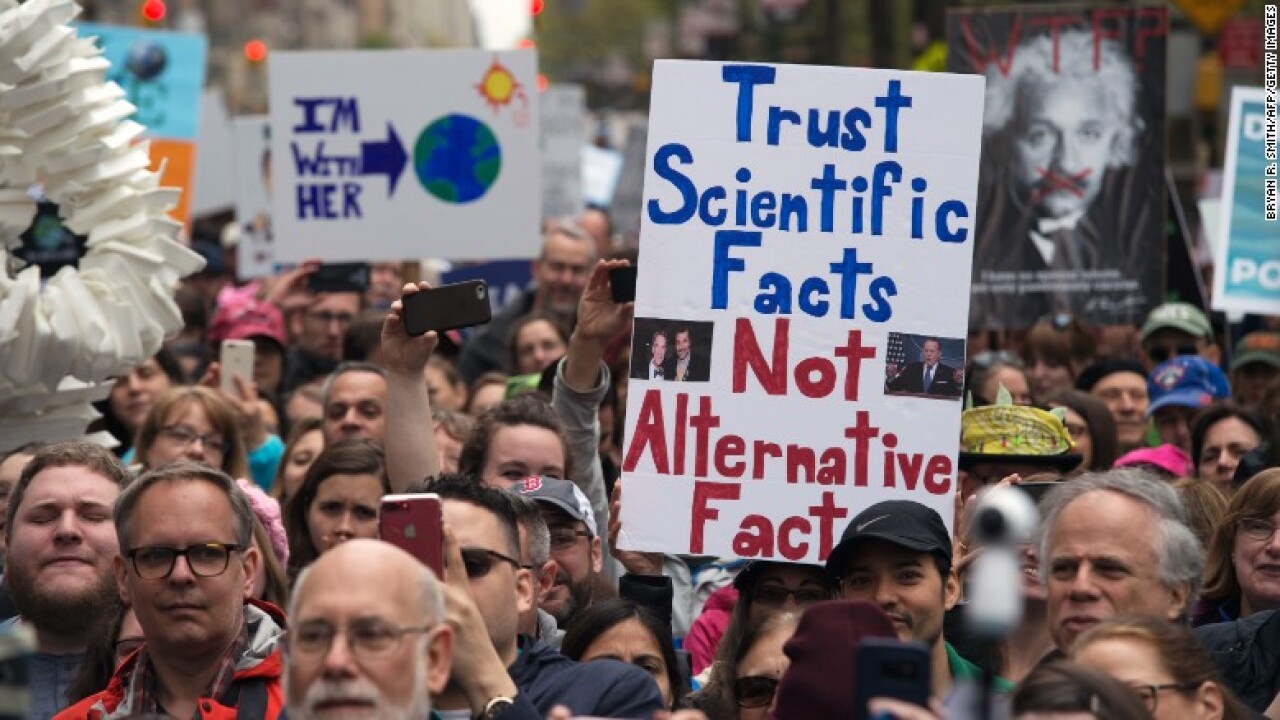 (CNN) — Germany’s Neumayer Station is an active research institute in Antarctica. During the Antarctic summer, the station houses up to 50 scientific researchers and support staff.

With the Antarctic winter drawing near, a very small “overwintering” team remains there to conduct research and maintain the station.

On Saturday, this skeleton crew traveled out into the 20°F temperatures and 26 mph gusts to join their voices in support with crowds gathering around the world. Marches for Science have taken place on all seven continents.

“Nothing in life is to be feared, it is only to be understood,” reads a quote from renowned scientist Marie Curie on the banner they held. “Now is the time to understand more, so that we may fear less.”

On Saturday, they braved the 27°F temperatures and spoke out with their colleagues in Antarctica and the other marchers around the world.

Standing around a large bust of Norwegian polar explorer Roald Amundsen, they unfurled a banner that read, “Somewhere something incredibly is waiting to be known.”

Besides the main march in Washington, organizers said more than 600 “satellite” marches are taking place globally in a protest timed to coincide with Earth Day.

The crowds of people marching Saturday in Rio, Berlin, Washington, Boston and Paris, among other places, are voicing support of science and evidence-based research in a protest fueled by opposition to President Donald Trump’s environmental and energy policies.

Laura Smith-Spark contributed to this report.