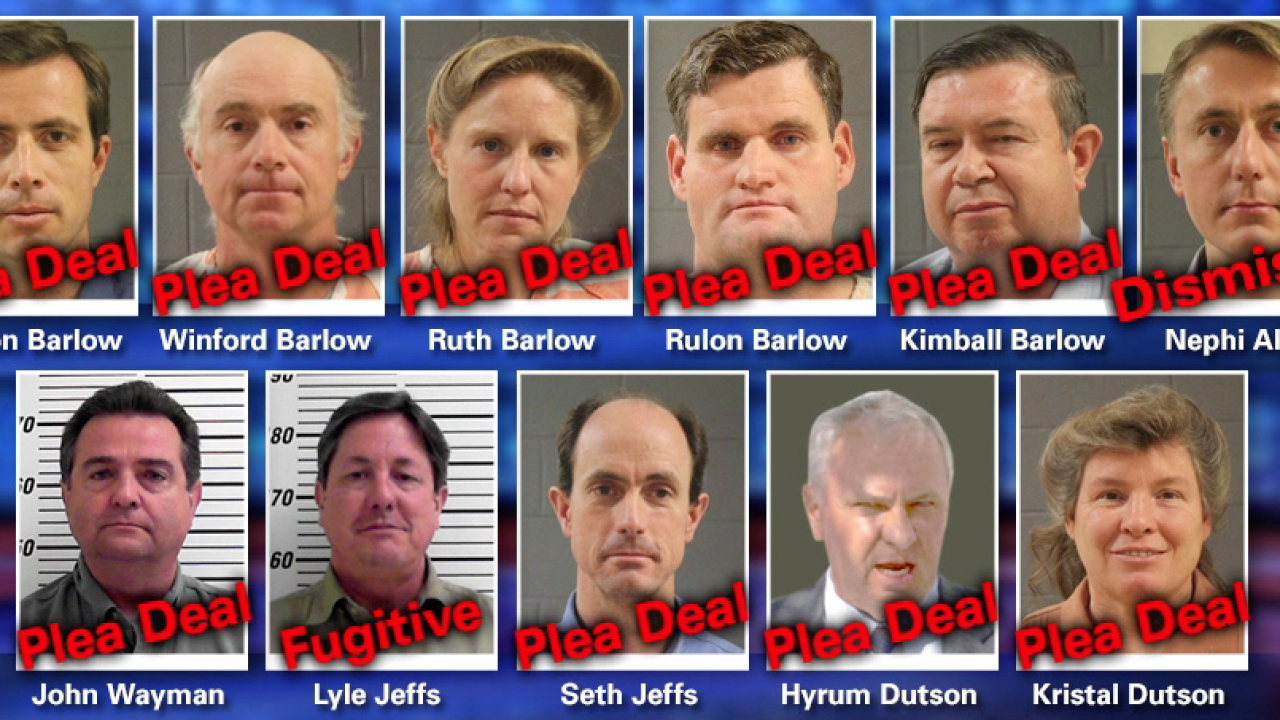 The class -- created especially for them -- was part of the terms of their plea deals. The U.S. Attorney's Office for Utah, which prosecuted them, confirmed to FOX 13 the class was held last week at Colorado City Town Hall.

By completing the class, nine members and leaders of the FLDS Church are no longer under the thumb of the federal government. They all struck plea bargains with prosecutors in the aftermath of an FBI raid last year on the polygamous border towns of Hildale, Utah, and Colorado City, Ariz.

A federal grand jury initially indicted 11 FLDS members on food stamp fraud and money laundering charges. They accused top ranking leaders and members of ordering rank-and-file members to hand over Supplemental Nutritional Assistance Program (SNAP) benefits to the church to do with as they wished. The defense argued a religious right to consecrate all they had (including SNAP benefits) to the church.

There could still be sanctions. The Utah Department of Workforce Services, which administers SNAP benefits for the federal government here, previously told FOX 13 it could open its own investigation and level sanctions against those convicted of violations. Two businesses in the towns have already agreed to no longer facilitate SNAP transactions.

There remains only one defendant left in the case: polygamist leader Lyle Jeffs (a brother of imprisoned FLDS leader Warren Jeffs) who remains a fugitive. As FOX 13 first reported last year, the FBI believes Lyle Jeffs used olive oil to slip out of a GPS monitoring device and escape home confinement.