Buzzer beater lifts Jazz over Clippers in Game One 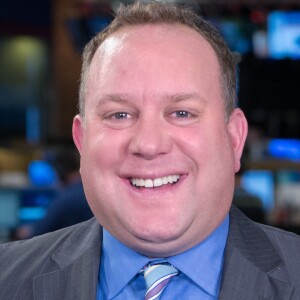 LOS ANGELES — The first playoff game for the Utah Jazz in five years did not start well against the Clippers, with Rudy Gobert suffering a game-ending injury less than 20 seconds into the game.

But it ended on a high note when Joe Johnson’s shot at the buzzer gave the Jazz a 97-95 win over the Clippers on Saturday night.

Johnson is known for making big shots in the clutch. He has now made an NBA-best eight game-winning shots at the buzzer during the regular season and the playoffs in the last 10 seasons.

No other player has more than four during that stretch.

“I remember Joe Ingles setting a pick, got Jamal Crawford on me, and I just seen the clock going down so I knew I had to make a play,” Johnson said. “I just wanted to get as close as I could to the basket, and it was a good thing it went down. ”

Derrick Favors played a big role. He missed a lot of the season with injuries, but he scored 15 points in 32 minutes in Game 1.

The Jazz needed Favors after Gobert suffered a left knee sprain on the first play of the game and had to be helped off the court by several teammates.

X-rays were negative, but he left the Staples Center during the game to get a precautionary MRI, which revealed no ligament damage. He has been diagnosed with a left knee hyperextension and bone contusion.

“I think it was very motivating considering the fact that he’s a big part of what we do, especially defensively,” said Johnson on Gobert’s injury. “I think we felt and knew that a lot of people probably were counting us out when he went down, but man, we stuck together, fought hard for 48 minutes, we had ups and downs, but at the end of the day we came out with a win.”

Jazz Head Coach Quin Snyder said it was a big win but it’s a long series.

“I think we should feel that we can win without Rudy,” he said. “At the same time, it’s a long series, and we have to be resilient and continue to believe in that. That’s what we need to do, and obviously tonight was a big win for our group.”

He said as of Saturday night, it’s not clear when Gobert will be back on the court.

“We’re not sure what the situation is with Rudy yet,” he said. “It would be nice to get him back, obviously. Unfortunate for him as much as anyone if he can’t come back, because I know how much he was looking forward to competing. But we’ll find out.”

The Jazz now have the 1-game advantage over the Clippers heading into Game 2 on Tuesday in Los Angeles.

“We talked about it in preparation, about going in and trying to steal a game on the road, and so that’s why I think it was a big win for us,” Hayward said. “We know it’s just one step, and we’ve got to be ready for the next games, but it’s something that we definitely discussed during preparation was coming in and trying to play well.”

Jeff will be live in Los Angeles for the playoffs. Fox 13 will have coverage at 5 p.m. and 9 p.m. on Sunday, then again on Monday during Good Day Utah.