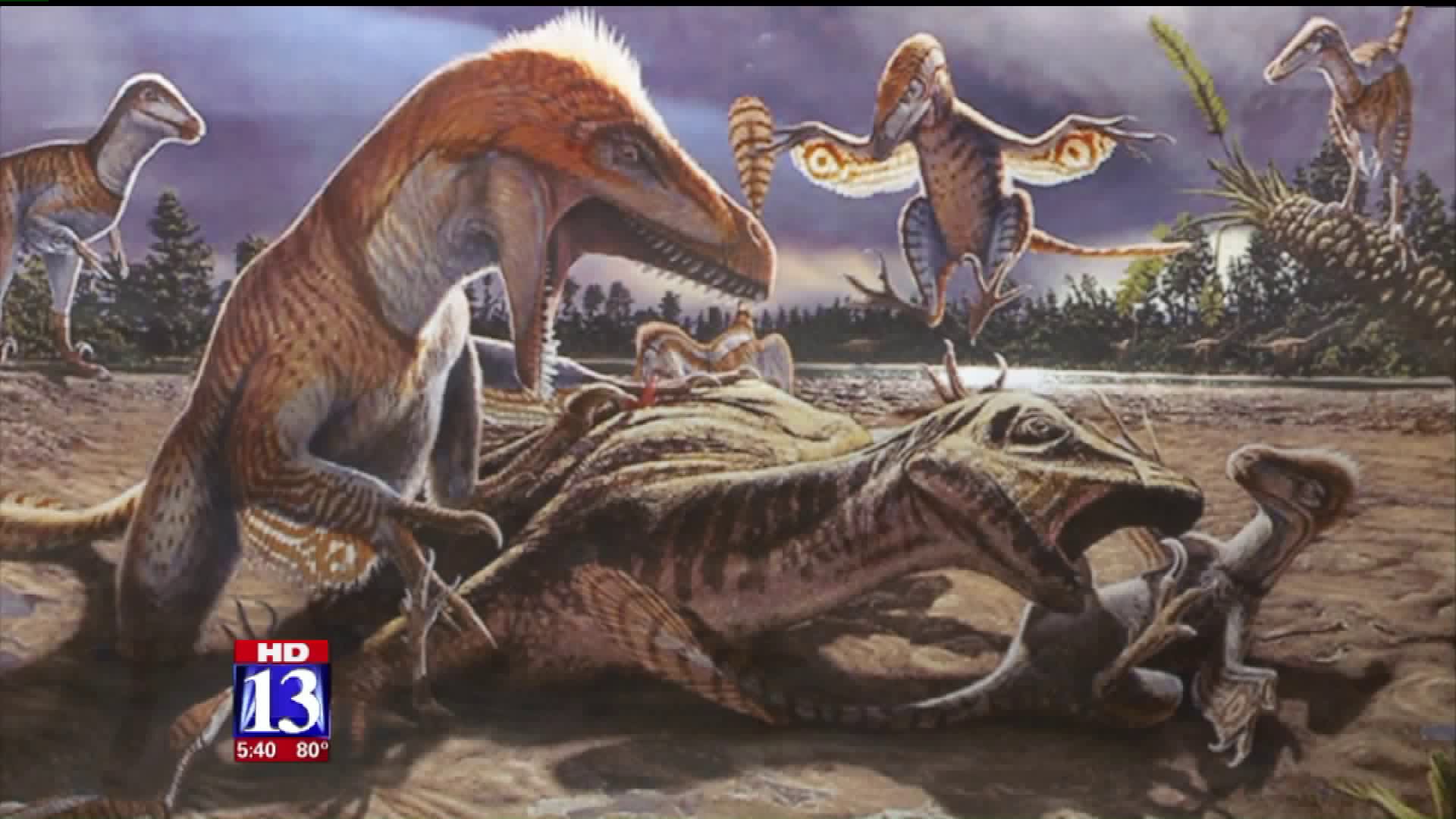 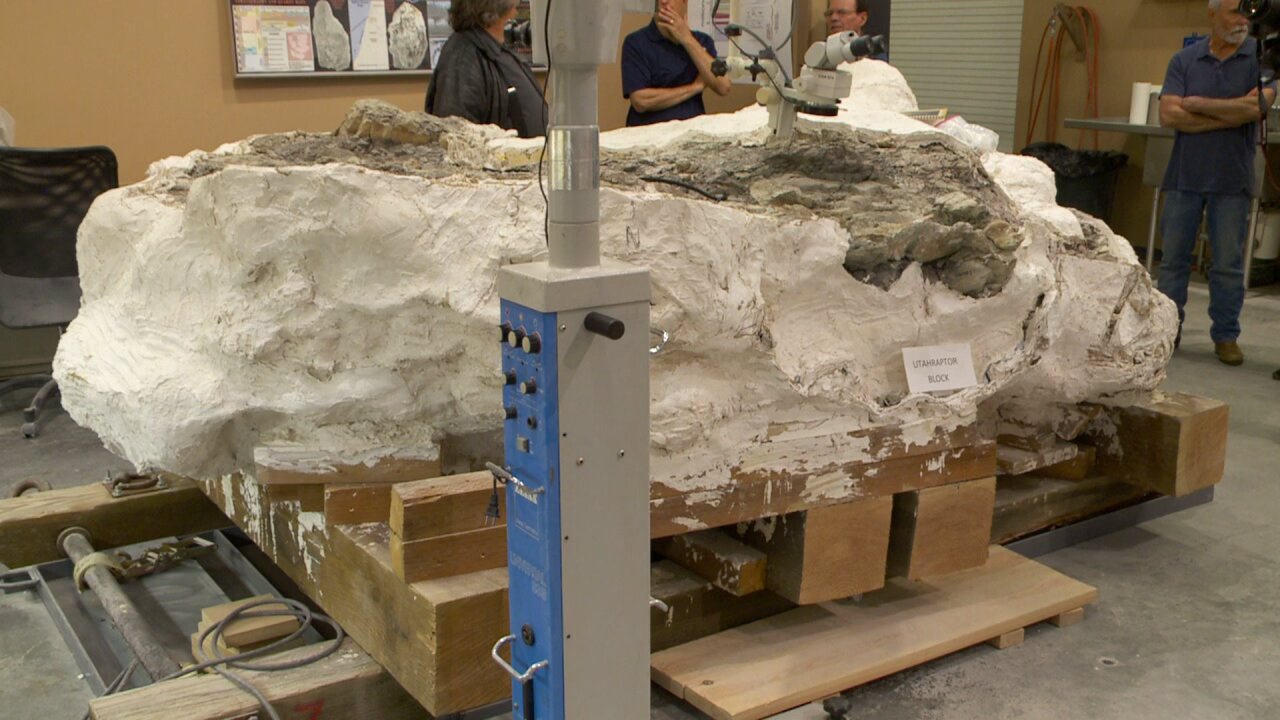 LEHI, Utah -- For the first time since 2001, a geologist got to see what his tiny bone fragment discovery turned into on Thursday at Thanksgiving Point.

Matt Stikes was a completing his geology thesis 17 years ago and was taking some photographs outside of Arches National Park when found some small bone fragments.

Months later he sent them off to the Utah State Paleontologist, Jim Kirkland, whom he had been working with on his thesis, and that led to a massive discovery of dozens of Utahraptor bones.

A team of State geologists and paleontologists went to the site and discovered more bones. It appeared they had all sunk into quicksand about 130 million years ago.

It took another 13 years before the geologists were able to preserve what they found in a block they cut out of the mountainside. They used a specially made sled and heavy-duty equipment to lift the 18,000-pound block for transport to Salt Lake City's geological survey site.

It was kept there for a little while as the geologists worked on it, then it was moved to Thanksgiving Point at the Ancient Life Museum.

The original discoverer, Stikes, came by Thursday with his family to see the block and all the bones that had been removed from it. He had been following the process from a distance as he raised a family and traveled, living in Texas and California.

“Oh my goodness this is really it huh?” said Stikes as he walked into the room with the block. “This is it! All nine tons of it. Wow. How did you guys move this thing?”

“You see what you did?!” exclaimed Scott Madsen, chief preparator at the museum.

Scott has been with the block since he and Kirkland went to find the rest of the bone fragments at the site discovered by Stikes.

Madsen has been slowly, carefully, shaving away the surface of the rock to get to the bones.

“The wonderful thing is just how dense the bone is, I mean there is so much in here,” he said.

He has discovered tiny raptors, tinier than he has ever seen before.

“Some of the jaws are the size of a penny,” said Madsen as he pointed to a picture to show us the scale. “It was just amazing; I mean this block got as big as it is because every direction that we moved in the hillside, we ran into more bone. The exciting thing was all the bones were pretty much the same animal: Utahraptor."

The problem is that a few years ago, while excavating the block, the team ran out of funding from the state. But Madsen did not stop working on his project.

“The state of Utah hit really hard times a couple years ago, oil and gas prices plummeted, and a lot of their soft money came from oil and gas revenue generated by royalties in state lands, when that money disappeared a lot of people lost their jobs including myself," he said.

With no funding in sight, last October they launched a GoFundMe Page.

They need the money for equipment to continue digging through the rock and for camera equipment to see their work. They also plan to take digital 3D images of all the bones once they are taken out.

“It’s like removing egg shells from inside a rock," Kirkland explained.

They want to document their process on the GoFundMe page so that donors can see the progress. They plan to make this project an educational experience during and after its completion.

More information about The Utah Raptor Project can be found here. To donate, click here.