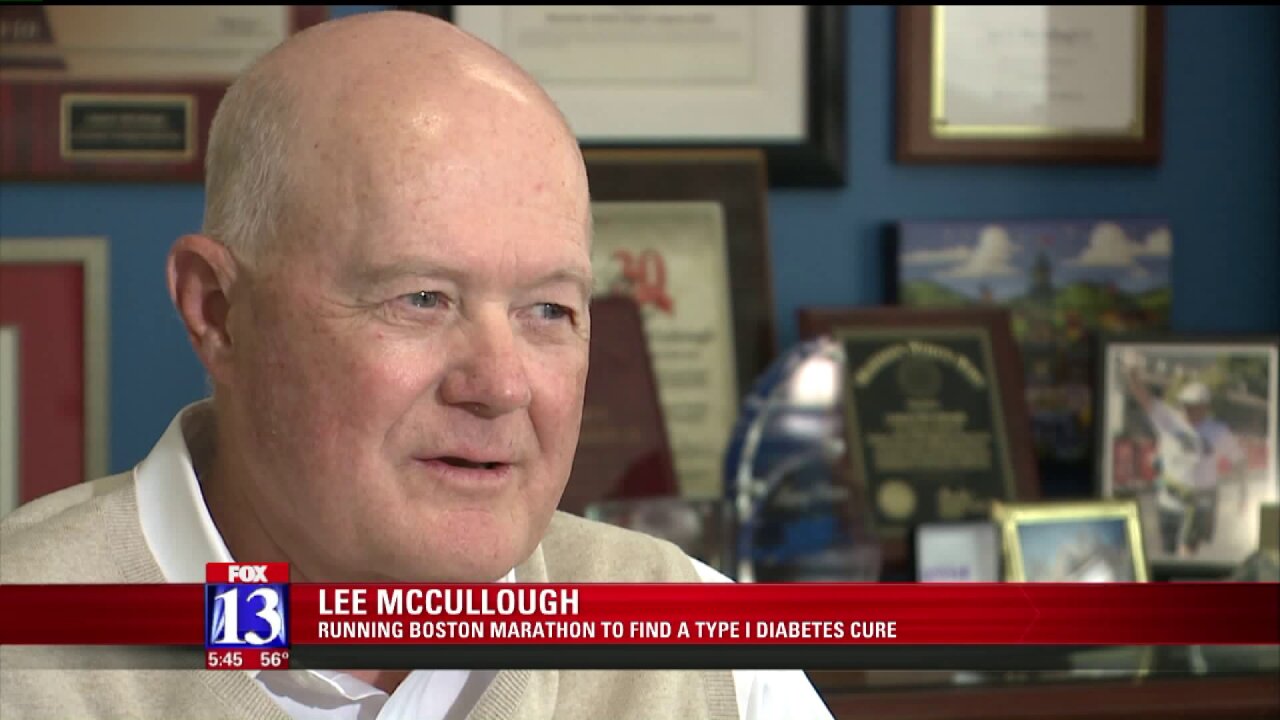 SALT LAKE CITY – A 72-year-old grandpa from Utah will run in the Boston Marathon on Monday, and he only started planning for it one month ago, but there is a reason he dropped everything to run.

The Juvenile Diabetes Research Foundation Utah/Idaho Chapter called him because they had one more spot left for a runner to fundraise in the marathon.

JDRF knew Grandpa Lee McCullough was a runner and had expressed interest in the past to run a marathon for JDRF. He ran one for them two years ago in New York City. His two granddaughters have Type 1 Diabetes.

“I think a lot of people think it's kind of funny that this 72-year-old guy wants to run the Boston Marathon in honor of his granddaughters,” said Lee McCullough.

Funny? Sure, but do not let his age fool you. McCullough is an attorney in Salt Lake City who runs 15 to 20 miles a week.

Granted, he was not preparing to run a marathon on Monday in 30 plus degree temperatures, but he believes he can do it okay. He said it is all about showing his granddaughters, 17-year-old Katherine McCullough, and 13-year-old Camryn McCullough that he supports them and wants this run and fundraising to encourage them to keep control of their disease.

He believes the money he raises along with all the money raised by JDRF will find a cure.

“We said, 'hey we are going to do everything we can to show we support them;' and we've done 100-mile bike rides and marathons, runs to find a cure for diabetes,” said McCullough.

The McCulough family is heavily involved in JDRF fundraising. They have raised thousands of dollars.

His granddaughters have moved their grandfather’s effort, knowing how busy he is with his firm, and he also has 27 grandchildren.

“It makes me feel special because he has lots of grandkids and it's just kind of cool to know he cares and that he is willing to be there for me,” said Camryn.

Camryn has had Type 1 Diabetes for three years, her big sister Katherine has had the disease for 11 years. They feel grateful knowing at the drop of a hat their grandpa showed his support is something that keeps them strong as they battle this life changing disease that has no cure.

Type 1 Diabetes is an autoimmune disease that damages the pancreas so it cannot produce insulin to break down foods to turn them into energy that the body can burn and store nutrition from.

Instead, the girls must check their blood sugar levels all day long and inject insulin through needles, or use an insulin pump that is attached to their body. More than three-million people have Type 1 Diabetes. Five million are expected to have it by 2050, according to JDRF, and 40,000 are diagnosed each year.

“It’s awesome to see that my grandpa who is so busy and has so much going on in his life is taking time to run a marathon do it with me and my sister in mind,” said Katherine.

Grandpa Lee said he is not trying to speed through this marathon on Monday.

But he will be racing for a cure.

“I just think that it's cool that he will endure that for me because I have to endure my disease,” said Camryn.

To donate to Lee’s cause and help him raise money for a cure for Type 1 Diabetes.