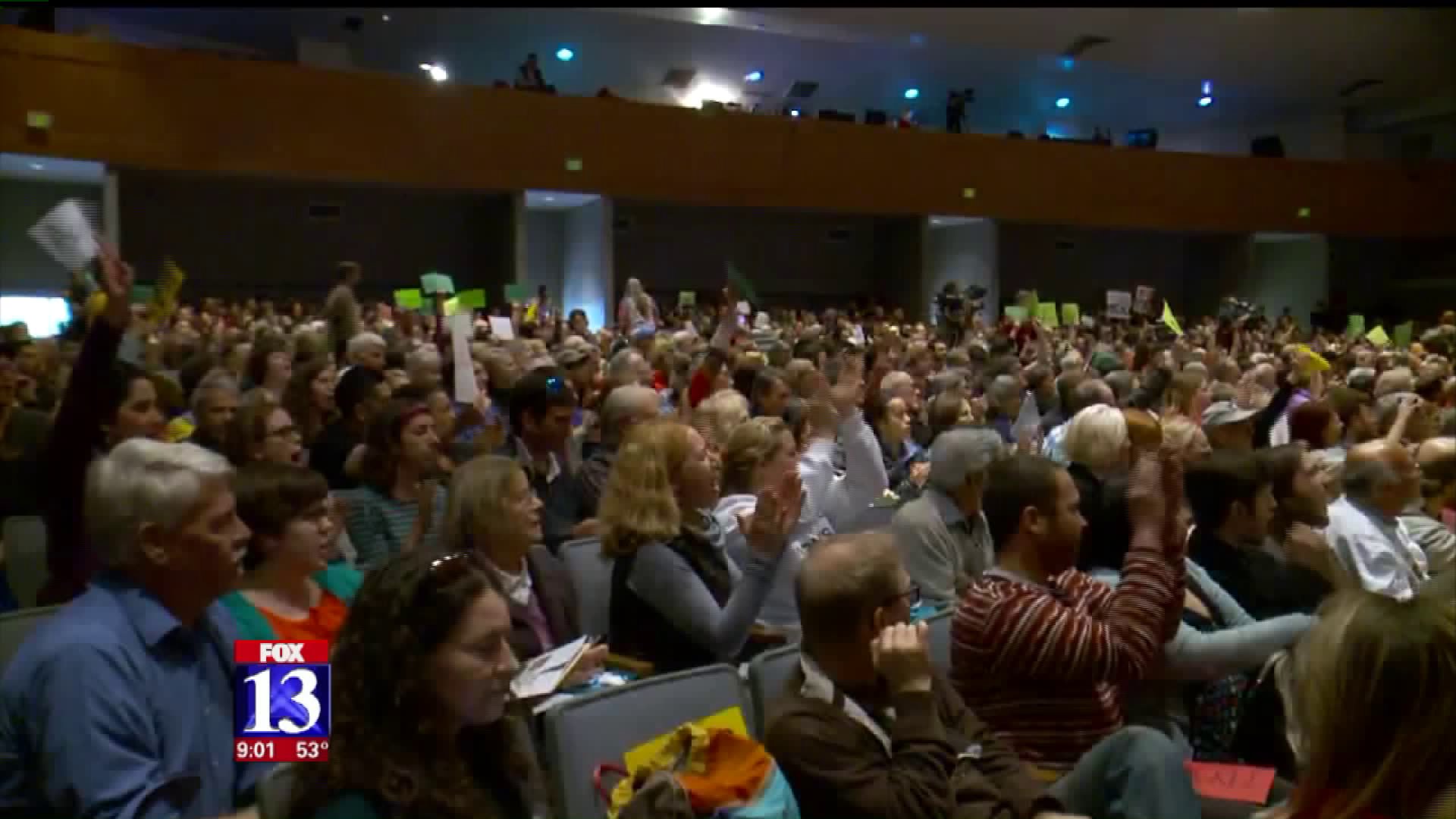 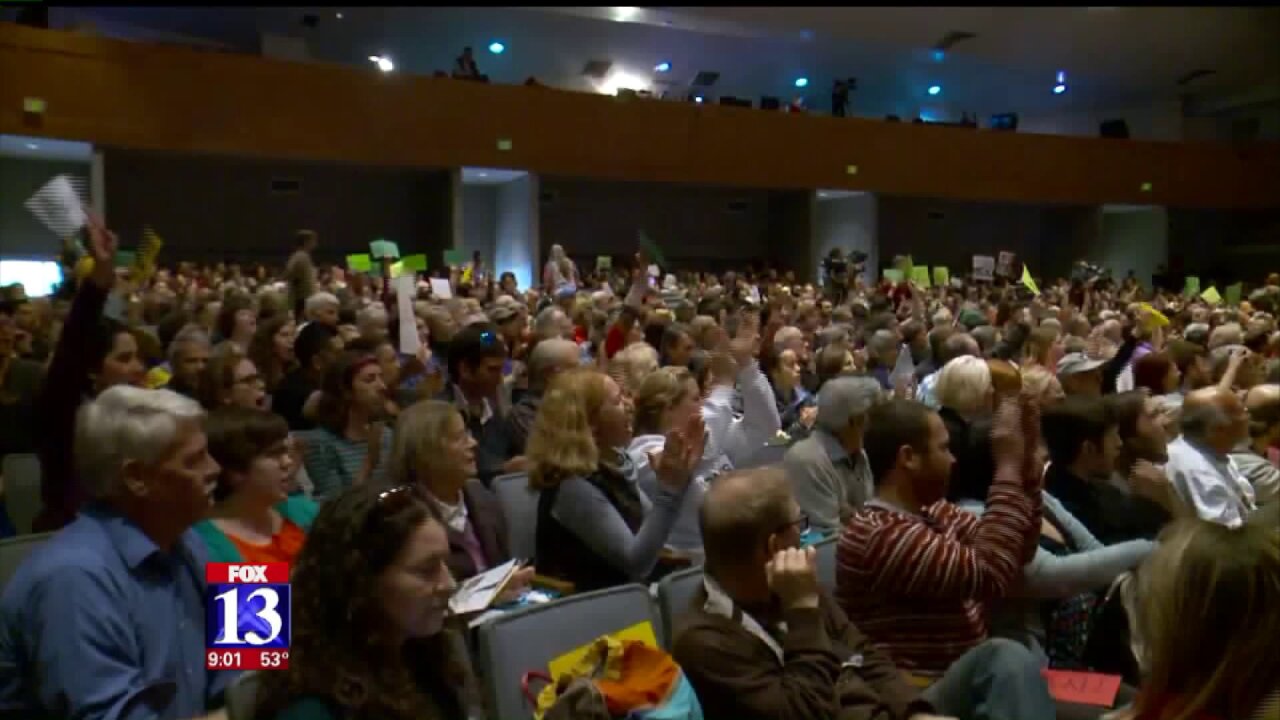 “When you push the people too far they react,” said Christian Coleman of Salt Lake City. “People are frustrated, and it's time to start listening to everyone other than the people who agree with you.”

And hundreds more packed the auditorium. Representative Chris Stewart started his town hall with a welcome of clapping mixed with boos.

“This is one of the things I actually enjoy doing,” said Representative Stewart to the crowd of hundreds. “Now that seems kind of crazy to some of you right now, you're thinking, 'Well Chris, we're going to make it so you don't enjoy this.' But you’re right, it is my job, it's my job to be here."

The first question brought to the table focused on health care.

“I'm on Obamacare, and for those of you who are on Obamacare now, things are going to get tough for us,” Representative Stewart said.

Representative Stewart said something needs to change regarding health care in the U.S.

“We're trying to make it better for you,” Stewart said, which was followed by boos.

Next up was immigration. Constituents worried about protecting rights and keeping families together. And when Representative Stewart was asked if he supported a wall.

“Are you asking if I support the wall? Of course I do,” Stewart said, again drawing boos from the crowd.

The last topic focused on the Bears Ears National Monument, which Representative Stewart says he does not support.

“I think we're going to have an opportunity to talk about this, I think it's far from over and it's unfortunate,” Stewart said.

The majority of the time, there was so much shouting and yelling Representative Stewart didn't have time to talk.

While people were leaving, many mentioned they respect him for actually holding a town hall. The full event can be viewed in the embed below: