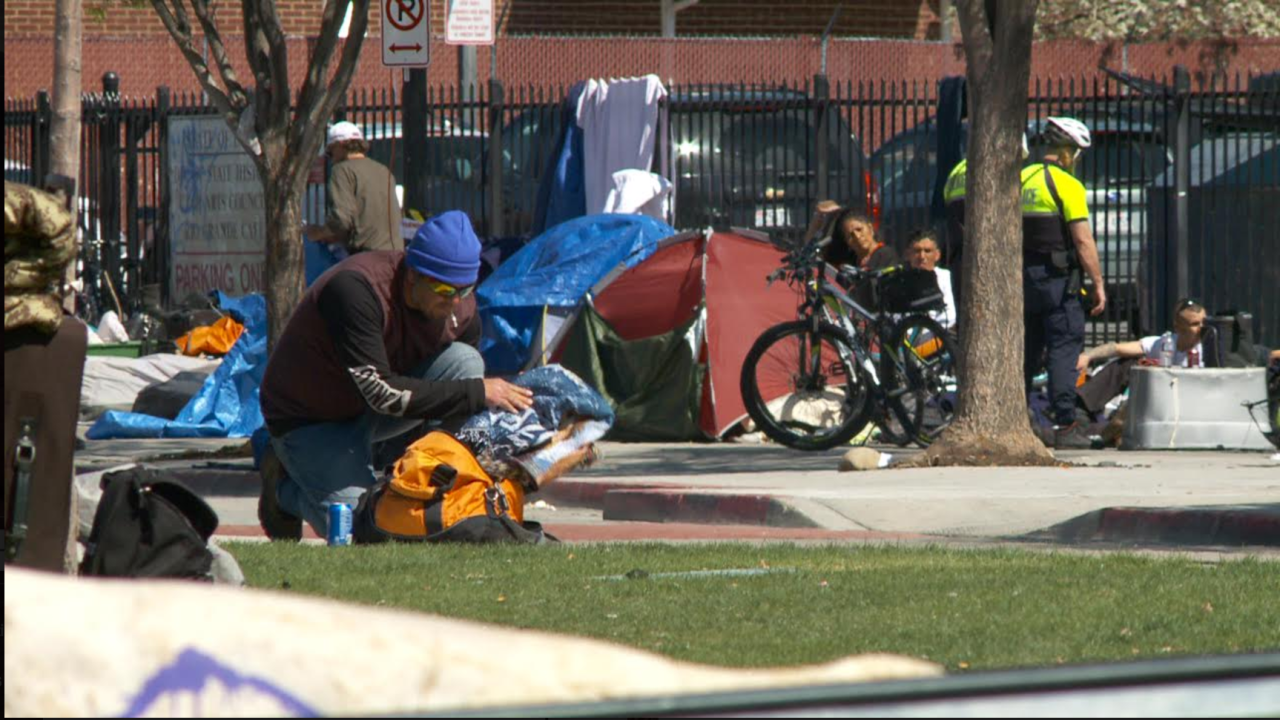 SALT LAKE CITY — A proposal to create an “urban camp” where homeless people can set up tents and camp in the troubled Rio Grande neighborhood is drawing praise and scorn.

The idea is one of many being proposed by Salt Lake County Sheriff Jim Winder and circulated among members of the Pioneer Park Coalition, a group of businesses in the area. A copy was provided to FOX 13 late Tuesday.

Winder was not available for an interview on the proposal on Wednesday, a Unified Police Dept. spokesman said. The document is the latest idea to crack down on crime and help the homeless in the neighborhood surrounding the downtown shelters. But advocates for the homeless are alarmed at some of the ideas.

"I don't understand how he thinks that would make things better," said Bill Tibbitts with the Crossroads Urban Center.

Tibbitts questioned why Winder would want to force the Road Home to scale down its daily population, which would force people into camping on the streets.

"We're primarily concerned about the civil and human rights of homeless people," he said. "I think from our perspective, when you say people have to sleep outside at a campsite instead of indoors in a shelter that's ready built, when you're saying you can't use beds already there, for us that's alarming."

The Pioneer Park Coalition's leadership has endorsed the idea, but is asking its members for feedback before proceeding.

"It takes things in a direction where we're taking responsibility and we're taking control," said Dave Kelly, the group's spokesman.

He said the proposal merely calls for implementing rules and regulations already in place to crack down on predatory crime in the area and help the homeless.

"There's not one solution that will fit every single person," Kelly said. "This is something that at least we'll start enforcing the rules that are on the books."

If such a proposal were to be enacted, it would have to go through City Hall and, possibly, the Utah State Legislature, which has spent millions to build new shelters.

Utah's Department of Alcoholic Beverage Control declined to comment on the idea of moving the downtown liquor store, but told FOX 13 it was one of the most profitable in the state, pulling in sales figures of $1.2 million or more a month.

Mayor Jackie Biskupski told FOX 13 on Wednesday she had barely received it and hadn't reviewed the sheriff's ideas.

"I'll take a look at it," she said. "What we know from the years of study is there are no miracles and collaboration has to happen."

The mayor led a crackdown on crime in the Rio Grande neighborhood called "Operation Diversion." Criminals were arrested and offered a choice: rehab or jail. Mayor Biskupski said it has shown so much success, she's budgeting for it to be made permanent.

"That operation was successful," she said. "Now we want to fund it, make sure it stays active year-round."