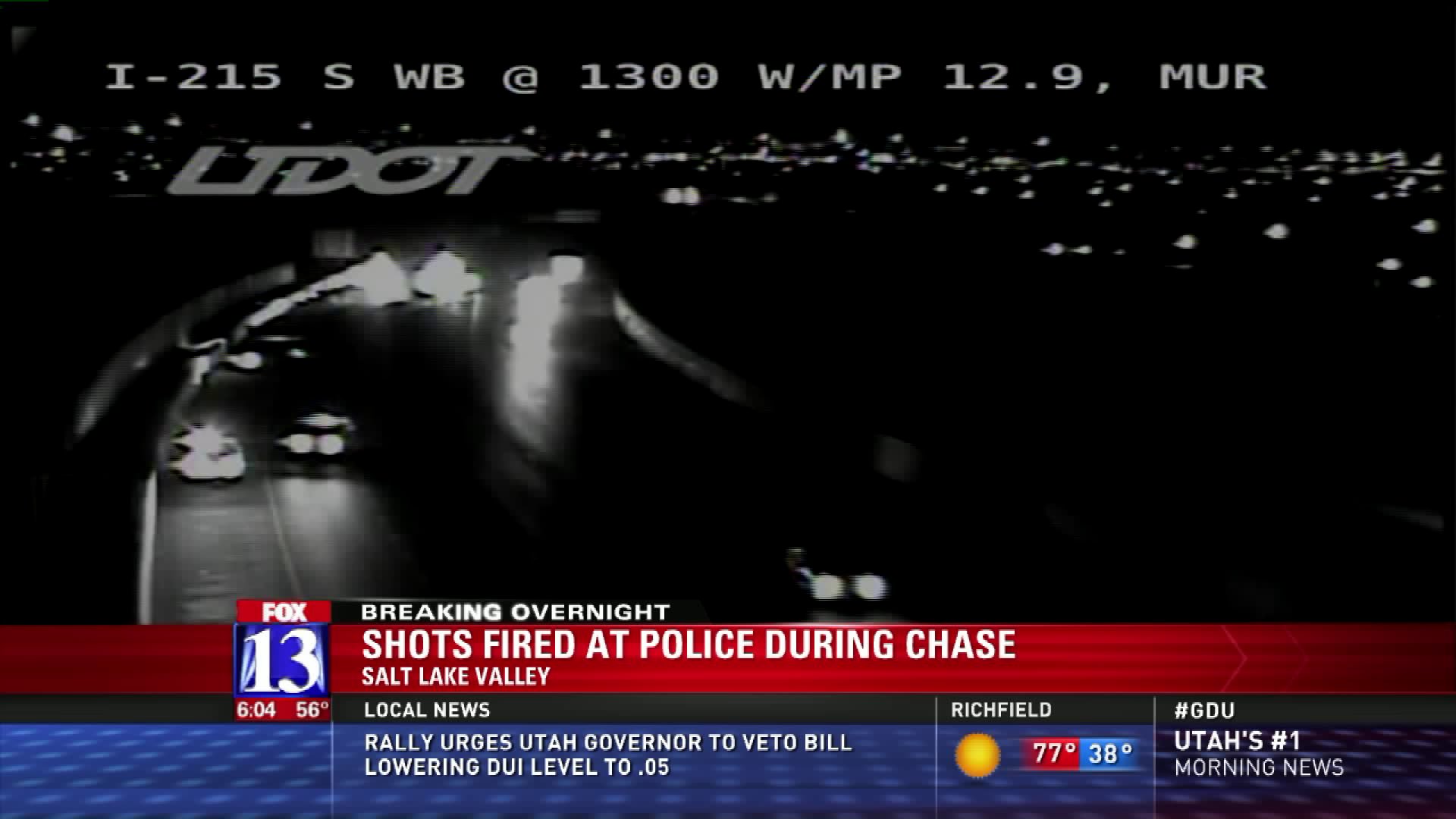 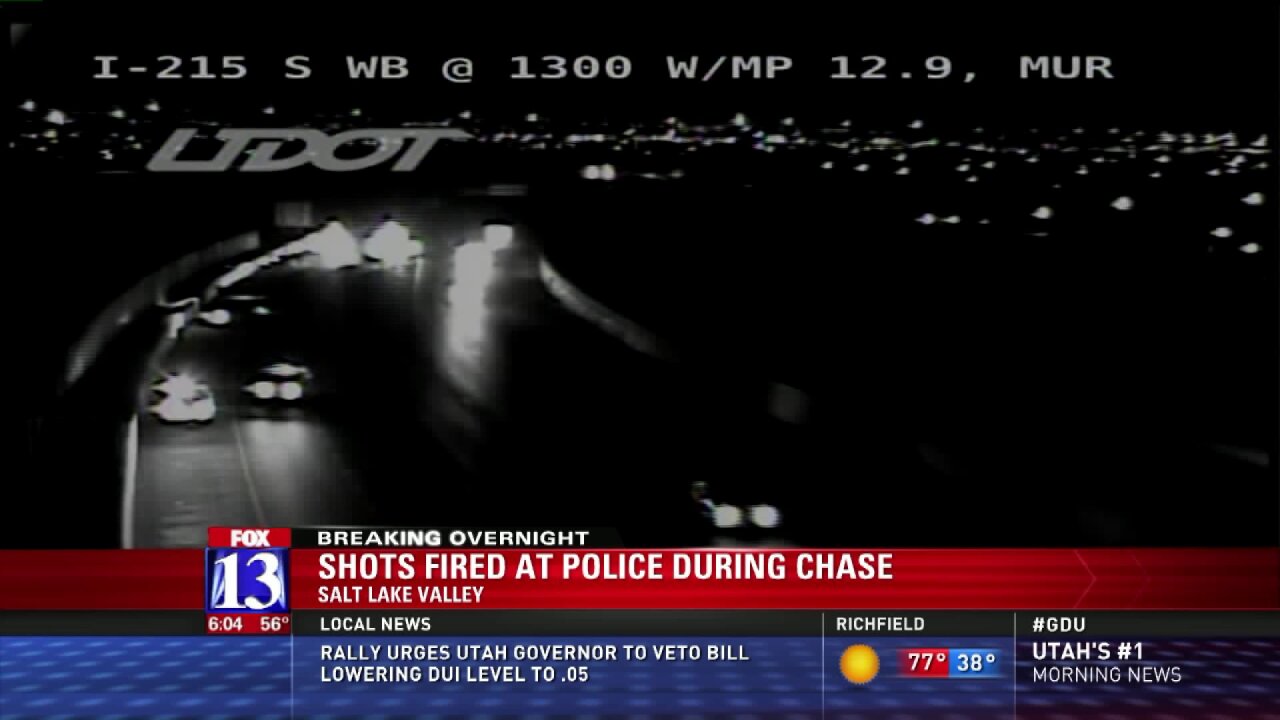 WEST VALLEY CITY – Three suspects have been taken into custody after leading police on a chase across the Salt Lake Valley early Saturday morning.

An officer attempted a traffic stop on a possibly stolen car near 3500 South and 2200 West, just before 3:30 a.m., police said, but the driver refused to stop.

According to Lt. Steve Burke, the car fled police without his lights on and engaged the officers in a vehicle pursuit across the valley.

Speeds were varied throughout the whole pursuit, but the risk factors were never high, Burke said.

Police threw spikes down and ended the pursuit just East of Redwood Road.

Near Van Winkle and 900 east police heard popping sounds that may have been gunshots, Unified Police said.  When police inspected the car, there were three bullet-like holes in the back window, according to Burke.

Burke said sometime during the pursuit, the suspects allegedly threw items out of their car, one of which was a magazine loaded with ammunition.

Police are still searching for a weapon.

According to Burke, the driver, Kristopher Duffy, 25 was booked into jail and the two other passengers were taken to the hospital with injuries unrelated to the event.