Food tax hike is dead in the Utah State Legislature 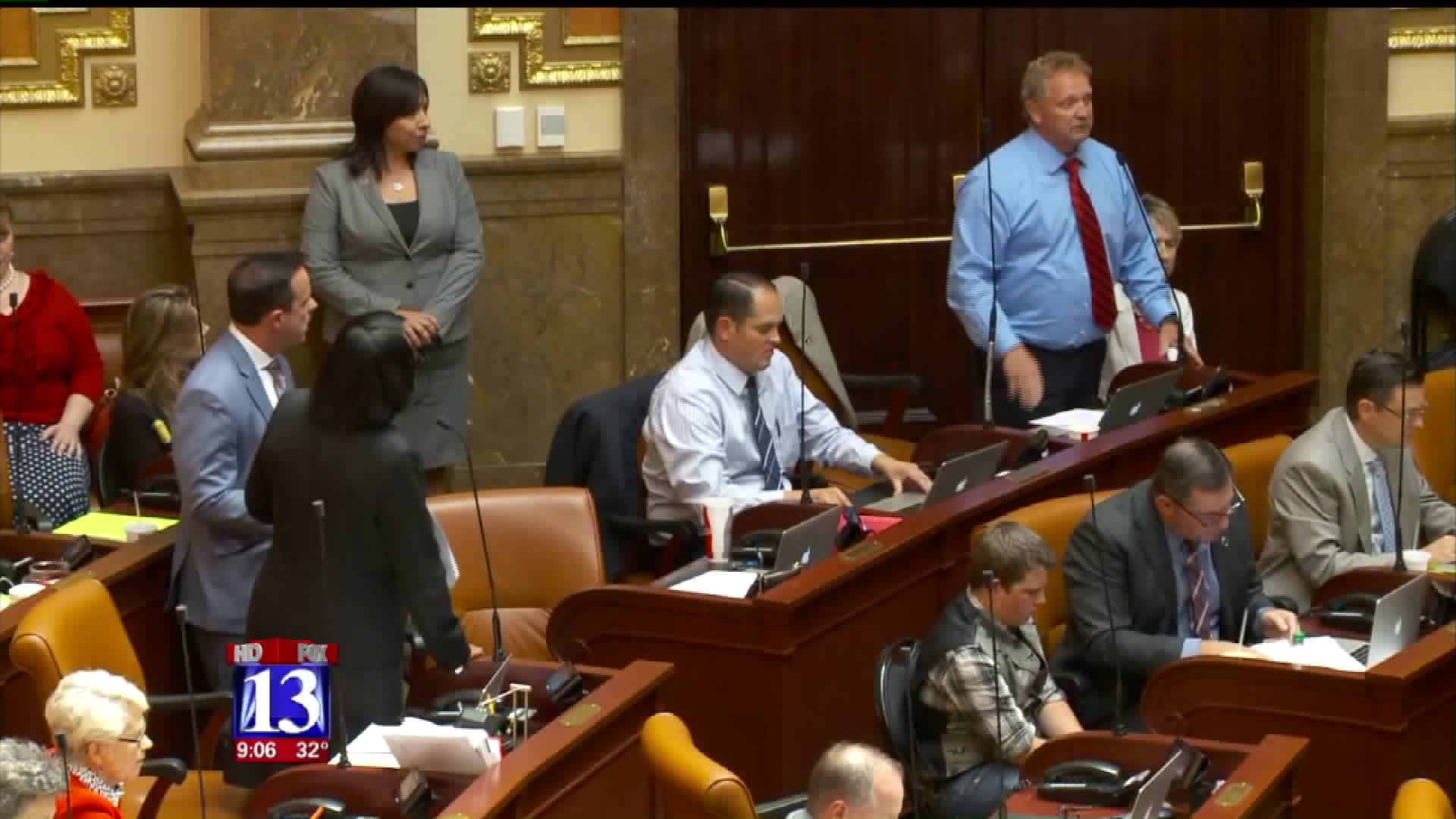 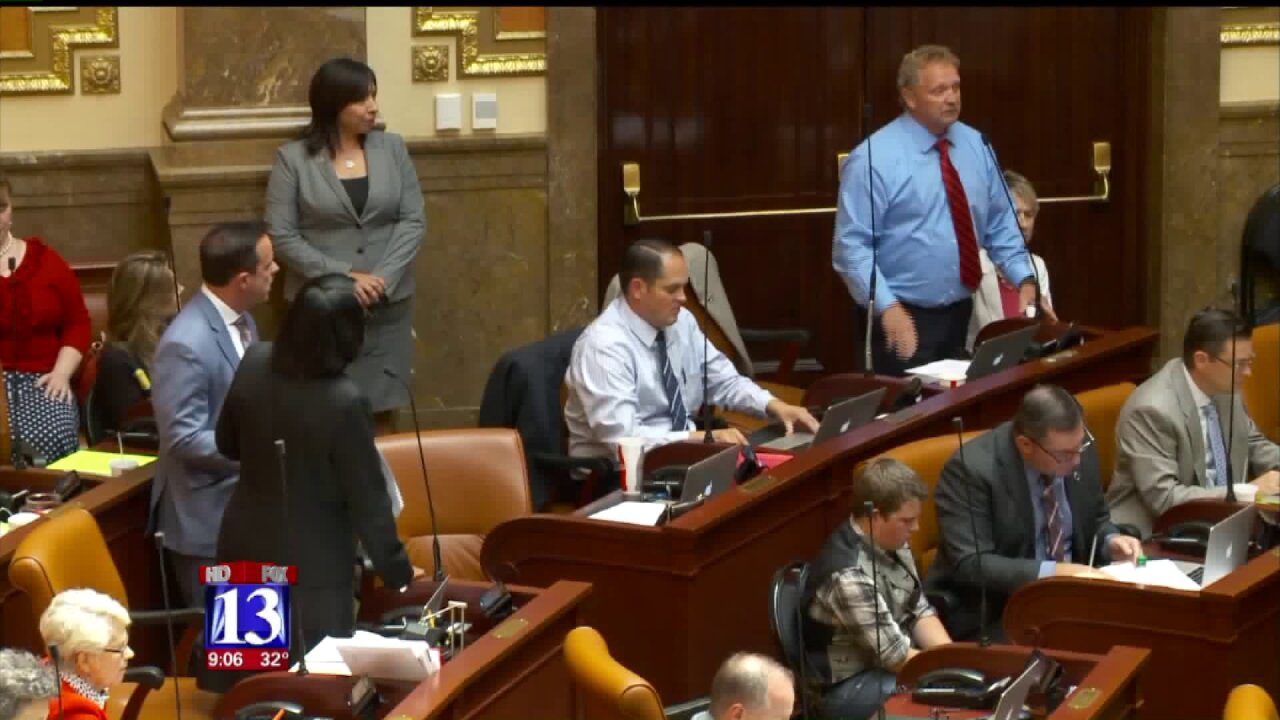 SALT LAKE CITY -- Within hours after offering details about a major series of tax changes including a tax hike on food, Utah lawmakers abruptly abandoned plans.

"Restoring the tax wasn’t as great as we thought it was," Senate President Wayne Niederhauser, R-Sandy, told reporters late Monday. "We’ve had a revelation on that today."

The Senate President said new data provided by the legislature's fiscal analyst painted a different picture than they expected, prompting them to change their plans to raise the food tax to 4.4%.

"I’m disappointed we’re not going to do it. We put a lot of work into it," House Speaker Greg Hughes, R-Draper, said. "But at the end of the day, you have to reflect why you’re doing it and why you’d be willing to make those changes and if you’re not convinced you’re getting that advantage you have to be big enough to say we’re not going to do it."

The House Speaker defended the decision to pursue a hike on the food tax that was generating pushback from conservative and social progressive groups alike. He said the state's overall tax structure needs to be looked at to deal with a forecasted decline in revenues, which are used to pay for government services.

As a result of the legislature abandoning the food tax hike, Sen. Niederhauser said they would no longer consider changes to the sales tax structure, income tax, or other taxes. Just before their announcement, the Senate passed a restructuring of the gas tax formula to respond to market conditions. A bill requiring online sales tax collection has stalled in the House.

Rep. Hughes defended the food tax hike, saying other changes they were working on would have helped lower-income Utahns more. He said while they were aware of opposition to it, he insisted data drove their decision making.

"Politically, I believe we have the will to do it. Just we didn’t have the plan," he said.

House and Senate GOP leaders also rejected arguments they were pushing the bill through too quickly, with less than 72 hours to go until the legislative session is over.

Utahns Against Hunger's Gina Cornia told FOX 13 she was thrilled lawmakers would no longer be considering it. She claimed it would raise the number of homes struggling to put food on the table.

"One in seven households would be experiencing food insecurity. The bottom line is that why we oppose increasing the sales tax on food," she said.

Cornia said lawmakers may not be considering it in 2018 either, because some House members face re-election.

Sen. Niederhauser said in the interim, lawmakers planned to look at the number of tax credits and earmarks they give out. Tax restructuring bills could be re-introduced in the 2018 legislative session.

SALT LAKE CITY -- You could pay more for food under a tax hike being pushed in the final days of the Utah State Legislature.

The bill -- which has yet to be made public -- is being drafted and will have one chance for public comment in a joint House and Senate committee hearing, less than 72 hours before the end of 2017 legislative session.

Speaking to reporters on Monday, Senate President Wayne Niederhauser, R-Sandy, said the proposal is to raise the food tax to 4.4% as part of an overall restructuring of taxes.

"It’s going to lower the rate and broaden the base by the restoring the food into the base," he said.

Other items being considered include lowering the state sales tax rate from 4.7 to 4.4%, keeping the income tax level with a grocery credit, reworking the formula for the gas tax to rise with inflation, and another look at the Earned Income Tax Credit.

Advocates for the poor blasted the bill and the quick process it's getting in the legislature.

"What’s really galling about this is that there’s no effort at this point to take a look at the $700 million we’re forgoing in revenue to the state in earmarks," said Stephen Erickson with Crossroads Urban Center.

Sen. Niederhauser insists the bills will be good for revenues eventually and where one tax is raised, another is lowered.

"It’s revenue neutral. It’s broadening the base, creating a better structure going forward. It’s not as much as I’d like to have started, but it’s a good first step going forward," he said.

Gina Cornia of Utahns Against Hunger said the poor will suffer under a food tax hike.

She also criticized the tax proposals being pushed through the legislature.

"This is a lousy process. We are what, 72 hours from having the session end and we still don’t have a sales tax on food bill? We don’t know what’s in the language," she said.

The Senate president said the bill could be unveiled Tuesday morning. The special joint House and Senate Committee hearing is slated to be held at 6:30 p.m. Tuesday.