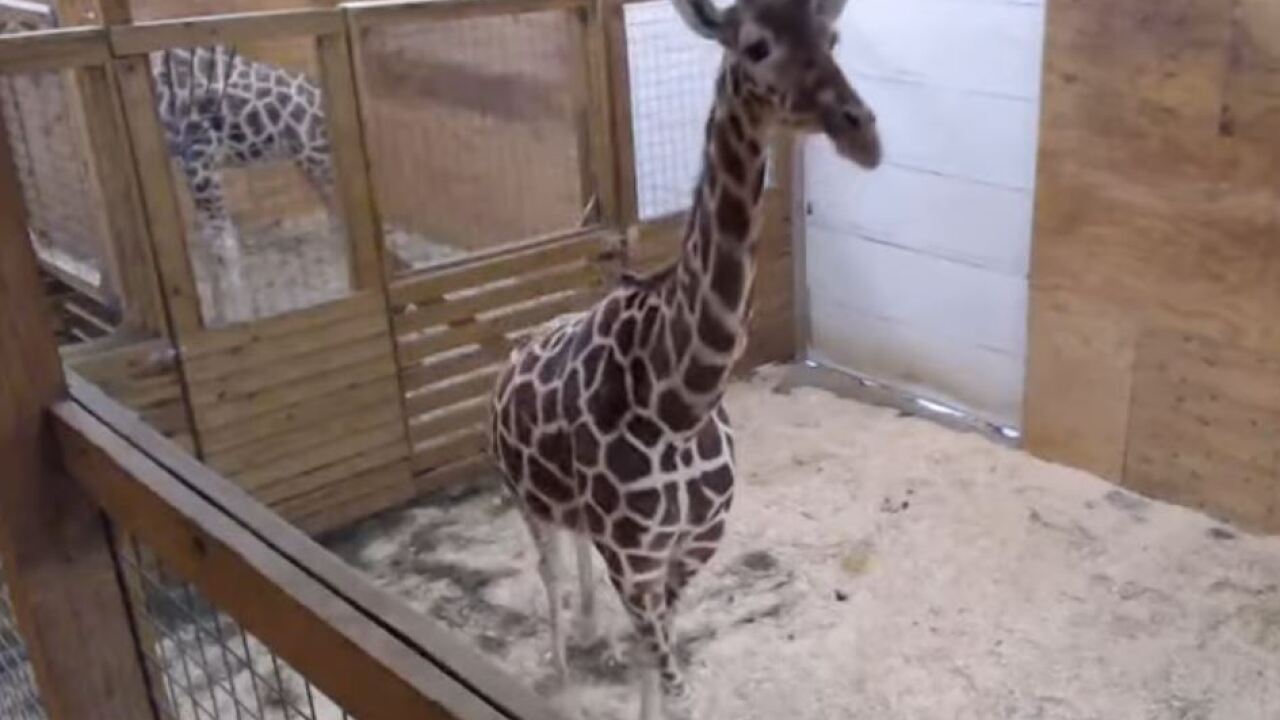 HARPURSVILLE, N.Y. — Thousands of people are watching for yet another day, as an upstate New York zoo live streams “April” the giraffe preparing to give birth.

The stream of “April” the giraffe was initially removed after animal rights activists flagged the video for “sexually explicit” content.

“What this has done is pulled an educational tool away from tens of millions of individuals. … You have harmed the species’ survival more than you could ever recognize,” a zoo official said on a Facebook live video Thursday after the take down.

The stream was later restored, and more than 79,000 people were watching the stream as of 2:40 p.m. MT Sunday.

According to Animal Adventure Park, the calf will weigh about 150 pounds and will stand 6-feet tall at birth. A giraffe’s pregnancy lasts about 15 months. The zoo plans to have a contest to name the calf once it is born.

The zoo says April is 15 and this is her fourth calf. Oliver, the father, is five and this is his first calf.

When the calf arrives, the zoo says the front hooves will emerge first followed by the snout. April will raise the calf naturally, and weaning could take between 6 and 10 months and perhaps even longer. The zoo says Oliver won’t spend much time with the calf.

“Bulls (male giraffes) only really care about two things- fighting and the unmentionable….” the zoo wrote in the video description. “Oliver may share space with April, but for short periods. Bulls take no part in rearing young.”