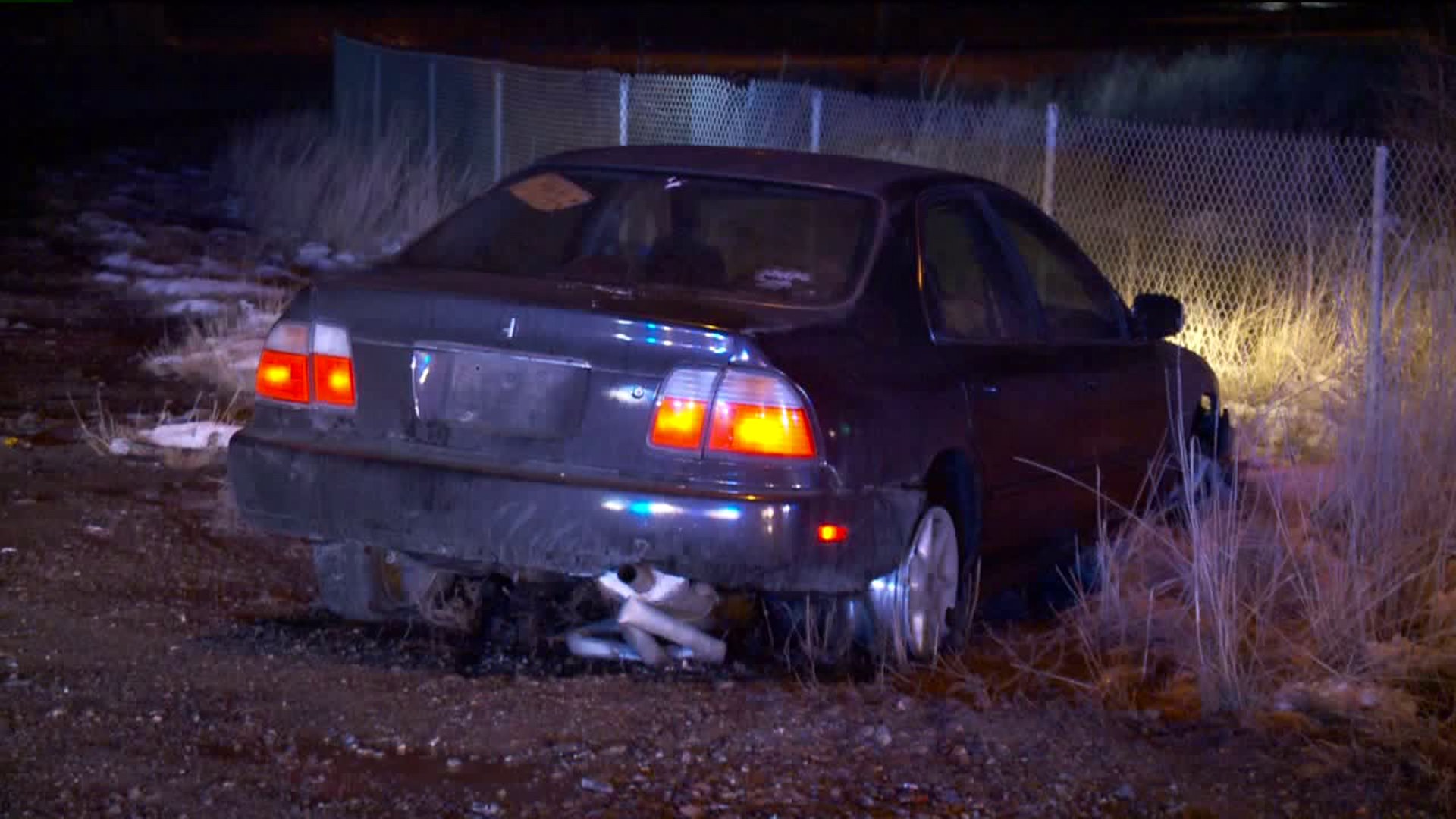 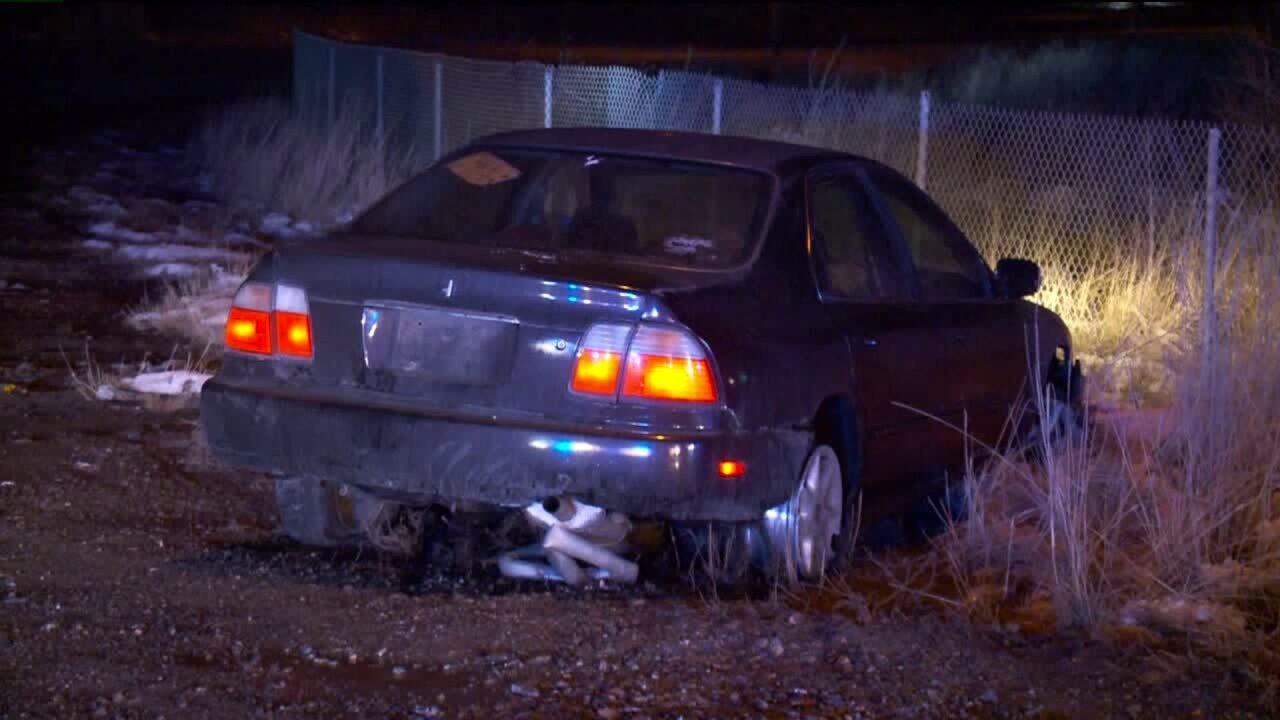 WEST VALLEY CITY, Utah -- Two juveniles are in custody after police used spikes to disable a car during a pursuit early Saturday morning.

Police spotted a car without a visible license plate around 3 a.m., and when officers attempted to pull the juveniles over, the car continued driving.

The suspects fled westbound on 3500 South and eventually went southbound on U-111 while in the northbound lanes, Sgt. Robert Brinton said.

Police were still able to see the tail lights of the car, so they continued a pursuit. The car went eastbound on 5400 South and slowed down,  police said, and officers successfully spiked the tires.

The car continued driving and went through an industrial area, going westbound on a frontage road, approaching 5600 West.

By then the two passengers' tires were completely ripped off, Brinton said, and the car failed to turn, so it jumped the center barrier and hit a sign.  The chase ended and police said they were able to apprehend the juveniles.

The car was not from Salt Lake County, and police believe it was stolen but haven't confirmed that detail yet.

The two juveniles already have warrants out for their arrests and will have additional charges for fleeing and damage to property, Brinton said.