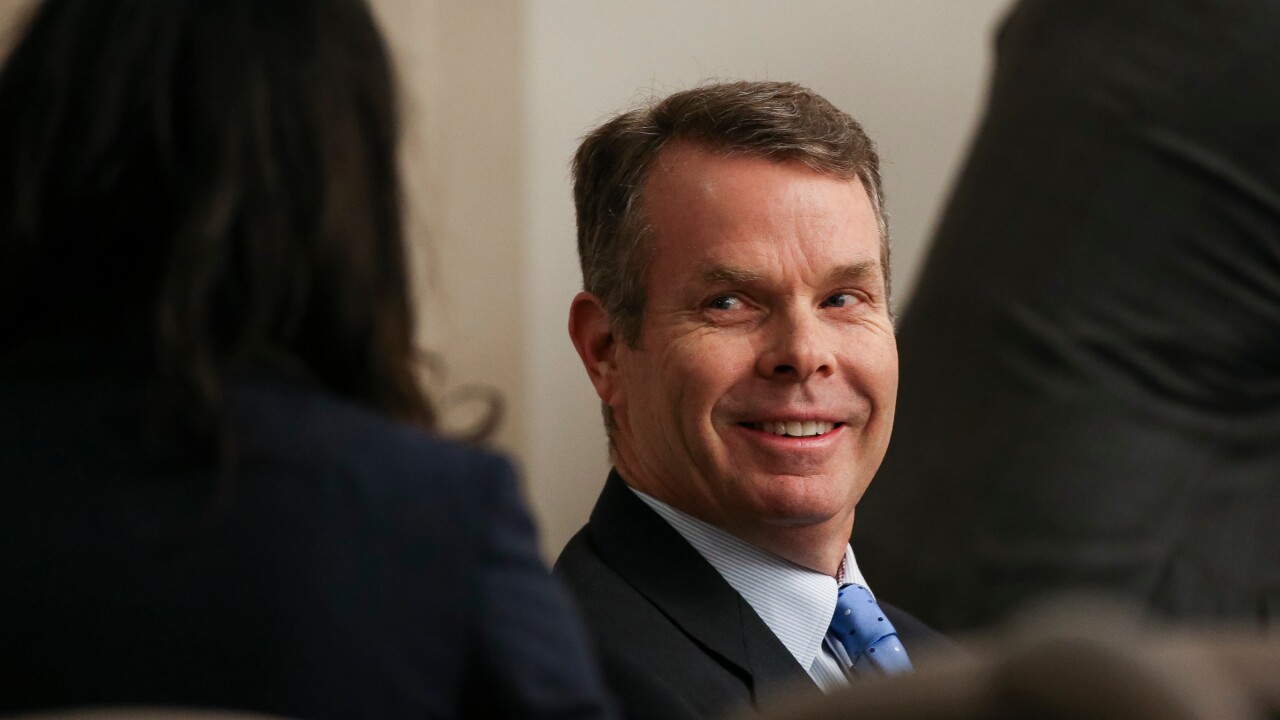 John Swallow talks to his defense attorney Cara Tangaro, left, before the start of the fourth day of Swallow’s public corruption trial at the Matheson Courthouse in Salt Lake City on Friday, Feb. 10, 2017. (Courtroom pool image)

In a series of orders Friday, Third District Court Judge Elizabeth Hruby-Mills denied a request by Swallow’s attorneys for what’s called a “directed verdict,” where the charges are tossed mid-trial. She ruled on all but two of the charges, with a decision on those expected by next week.

Directed verdict requests are common after the prosecution rests its case, but rarely granted. Just before resting their case against Swallow, prosecutors dropped three charges against him. It came after a key witness — imprisoned St. George businessman Jeremy Johnson — refused to testify.

John Swallow talks to his defense attorney Cara Tangaro, left, before the start of the fourth day of Swallow’s public corruption trial at the Matheson Courthouse in Salt Lake City on Friday, Feb. 10, 2017. (Courtroom pool image)

Shurtleff, who was in court for the hearing, said he was disappointed because he was willing to counter testimony by a key witness for the prosecution: Marc Jenson.

“It’s incredible I don’t have that opportunity to point out his lies but I think there’s enough from other witnesses, even the state’s other witnesses that show he’s not truthful and should disregard everything he said,” Shurtleff told reporters outside of court.

Jenson testified he paid Shurtleff through an intermediary as he went through a fraud case, only to ultimately wind up in prison. He said he felt pressured to give Swallow a job and paid for both men to take trips to the lavish Pelican Hill resort in California.

Shurtleff blasted Jenson and hinted that he believed the jury would find the testimony unbelievable. Asked if he believed his successor would be acquitted, Shurtleff replied: “I believe in juries.”

Shurtleff was also critical of the agents who investigated the pay-to-play scandal, saying they fabricated accusations in warrants. He said he was contemplating a civil lawsuit against them when the case wound up.

Trial resumes on Tuesday. The defense has said it anticipates giving the case to the jury by Wednesday.