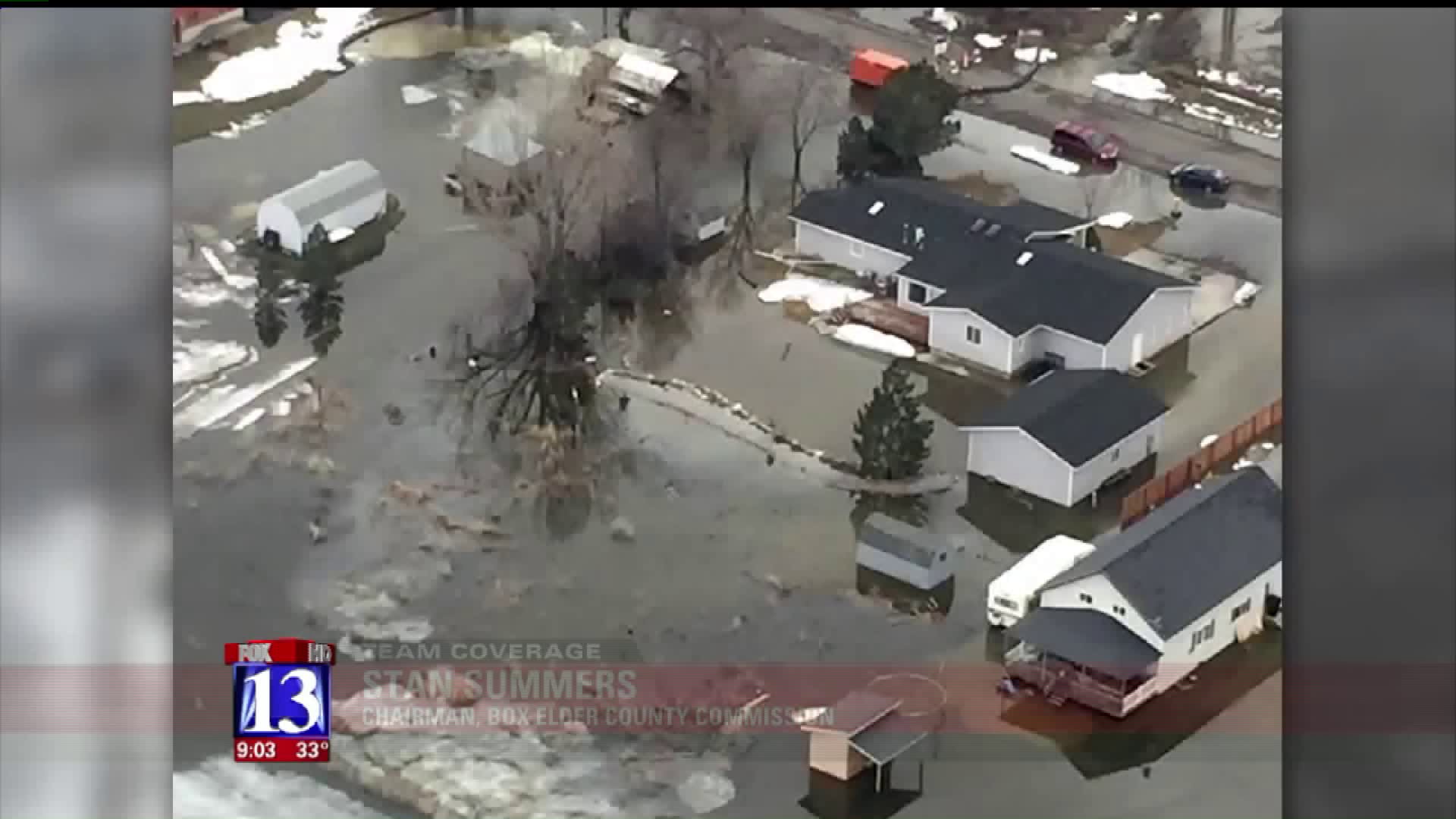 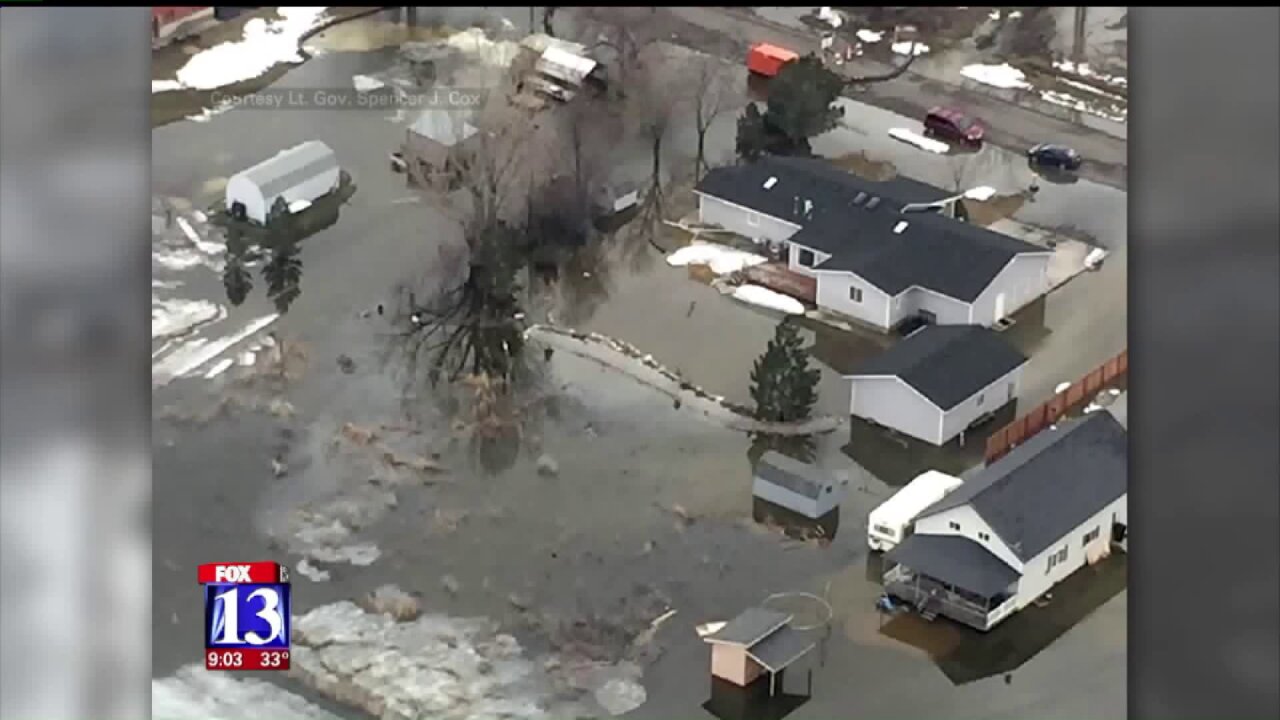 They took over after the Utah National Guard spent all day filling bags in an effort to relieve massive flooding in the area.

"Twelve personnel right now, so it's a smaller contingent, but we do have a sand-bagging machine," explained Capt. Lance Curzon during a press conference Wednesday afternoon.

"One of the worst floods that I've seen in my lifetime," he said.

He estimated 90 percent of the communities in the county have been affected. The flood filled basements with water, shut down businesses and closed waterlogged roads, he explained.

"Nowhere to go, all the ditches are full, all the canals are full," Summers said.

Lieutenant Governor Spencer Cox saw it for himself Wednesday afternoon, during a tour in a helicopter and on the ground. While the damage was apparent in a video he filmed from the sky, he reported good news.

"The water has receded significantly, and that has to do with the temperature more than anything," Cox said.

Summers also explained they put out more than a dozen pumps to reroute water, and a half dozen more are on the way.

Many roads reopened, with only a couple still not passable.

But Lt. Gov. Cox expressed that what he witnessed also worried him.

"Problem now is has moved north," he said, of the flooding. "We saw that from the air a little bit earlier. It's significant, impacting a lot of houses."

He said they are assessing Box Elder and Cache Counties for flood damage, and initial estimates place it at more than $4 million.

That would be enough to call for federal emergency assistance, he said.

While the Utah National Guard is helping for now, they're also urging the community to continue step in.

"If you are okay, then go help your neighbors," Summers said, stopping to hold back tears.

He said he's seen so much of that already, and Lt. Gov. Cox agreed, saying it's been inspiring for him to see the outreach in this time of crisis.