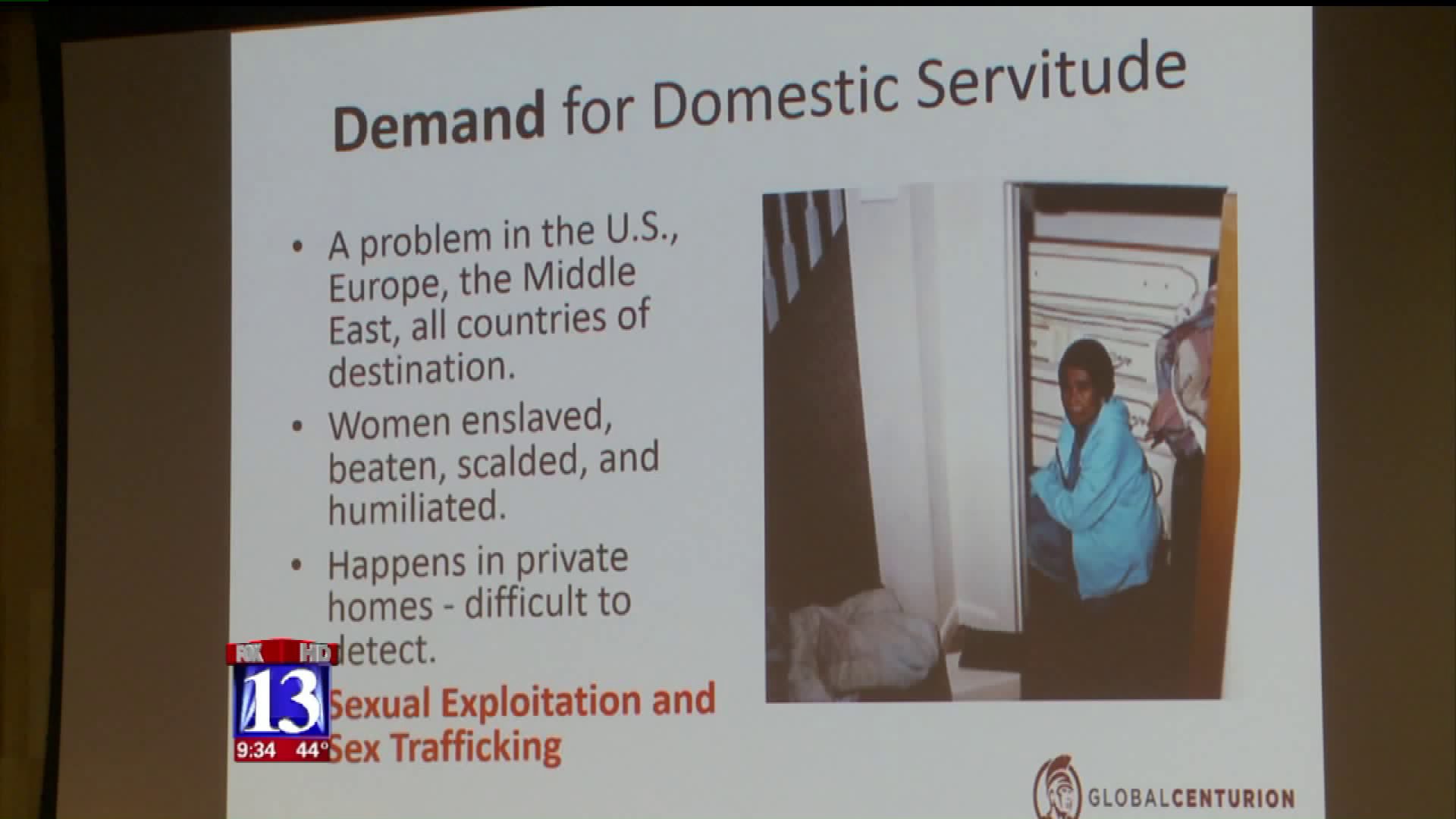 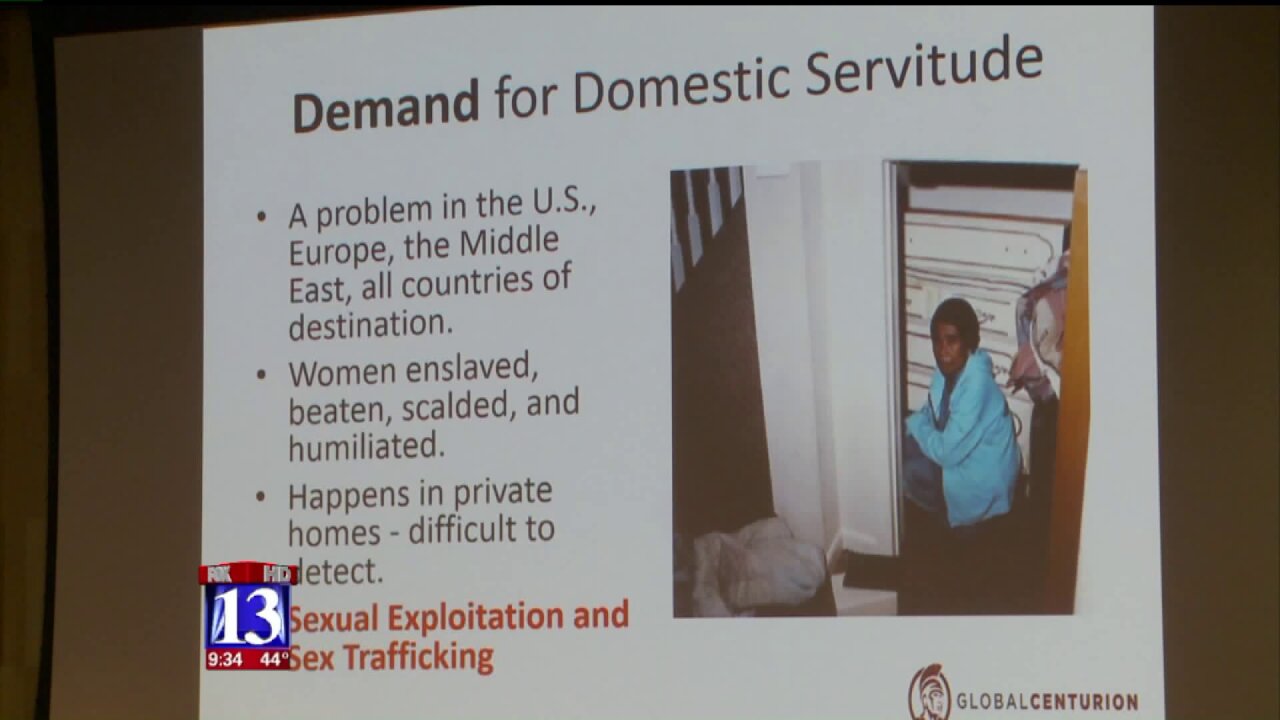 SALT LAKE CITY -- It's a global problem we see in our own backyard. Every year, millions are caught up in human trafficking.

This week, community leaders who work to combat modern-day slavery spoke at a University of Utah symposium.

“I have heard of young women literally being snatched off the street,” said Laura Lederer, President of GlobalCenturion.com and the keynote speaker at the symposium. “But more often you hear the kind of the luring, the enticing, the Romeo-ing, the kind of false promises.”

“And certainly they probably don't think, you know, a few doors down that there could be a monster like Victor Rax, who was in West Valley City, Utah, for over a decade, torturing victims,” Reyes said.

Lederer is the president and founder of GlobalCenturion.org, an organization dedicated to fighting modern slavery.

“We’re actually doing a comparative analysis,” she said. “We're pulling 60 data points so that we can build victim profiles, perpetrator profiles, crime profiles, and we can understand a lot more by looking at the case-law.”

She describes the sex and labor trafficking industries as a triangle: supply, demand and distribution. But she said one side still requires a lot of work.

“We need to understand, who are the buyers—on both labor trafficking and sex trafficking? And how do we reach them to tell them and change their behavior so they're part of the solution and not part of the problem?” Lederer asked.

Speaking before a packed room, Reyes says the key is communities across the globe uniting to make a change.

“I don't think we can truly protect our communities locally unless we take a global approach, work with partners around the world, to keep human trafficking from coming into our borders,” he said.