Jeremy Johnson refuses to testify in Swallow corruption trial, gets thrown in jail 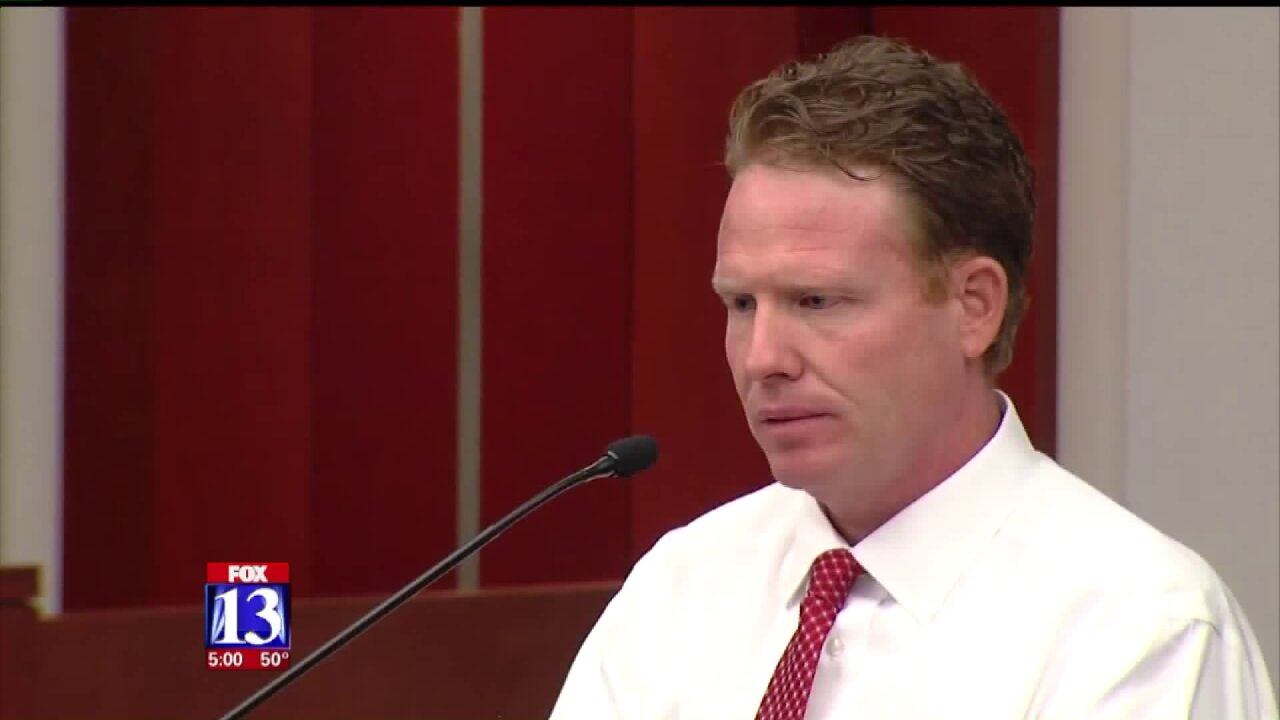 "I’ve been advised is shouldn’t answer any questions in here today," Johnson said.

Judge Elizabeth Hruby-Mills found him in contempt of court and sentenced him to 30 days in the Salt Lake County Jail. She ordered him returned to court Thursday morning to see if he would change his mind.

Johnson would not answer questions from lawyers in the case, even after Salt Lake County District Attorney Sim Gill offered an immunity deal to him. His attorneys, Mary Corporon and Karra Porter, said they worried that federal prosecutors would still use his words against him.

"He respectfully asserts that any grant of immunity is meaningless to him," Corporon told the judge.

Johnson was convicted in federal court after a trial on fraud charges and is serving 11 years in federal prison. He is currently appealing it.

"We have to be concerned about the federal government," Corporon said, accusing the feds of threatening to go after his family, and telling the judge that past immunity offers have not been honored.

Porter said an FBI agent visited Johnson in prison to inquire about what his testimony in the Swallow trial would be. Prosecutors said they had spoken to the Justice Department about Johnson, and even got a letter that they said would offer him some level of immunity.

Corporon said it was not enough.

"It's not, in my perspective, a 'Queen for a Day' letter," she said, referring to immunity deals offered to inmates to testify.

After being sworn in and refusing to answer basic questions, the judge found Johnson in contempt.

"You understand the court is compelling you to answer questions?" prosecutor Fred Burmeister said.

"Mr. Johnson I am ordering you to answer the question," Judge Hruby-Mills said.

"Well, I’m sorry your honor, I don’t mean to disrespect the court but I don’t believe is should answer any questions today," Johnson told her.

Johnson's refusal to testify could seriously undermine the prosecution's case against Swallow. He is tied to four of the counts against the former Utah Attorney General. Johnson has said he allowed Swallow to stay at a home he owned, take flights on his private jet and stay on his $1 million houseboat at Lake Powell.

Swallow is currently on trial, accused of accepting gifts and donations from people facing investigation by the Utah Attorney General's Office.