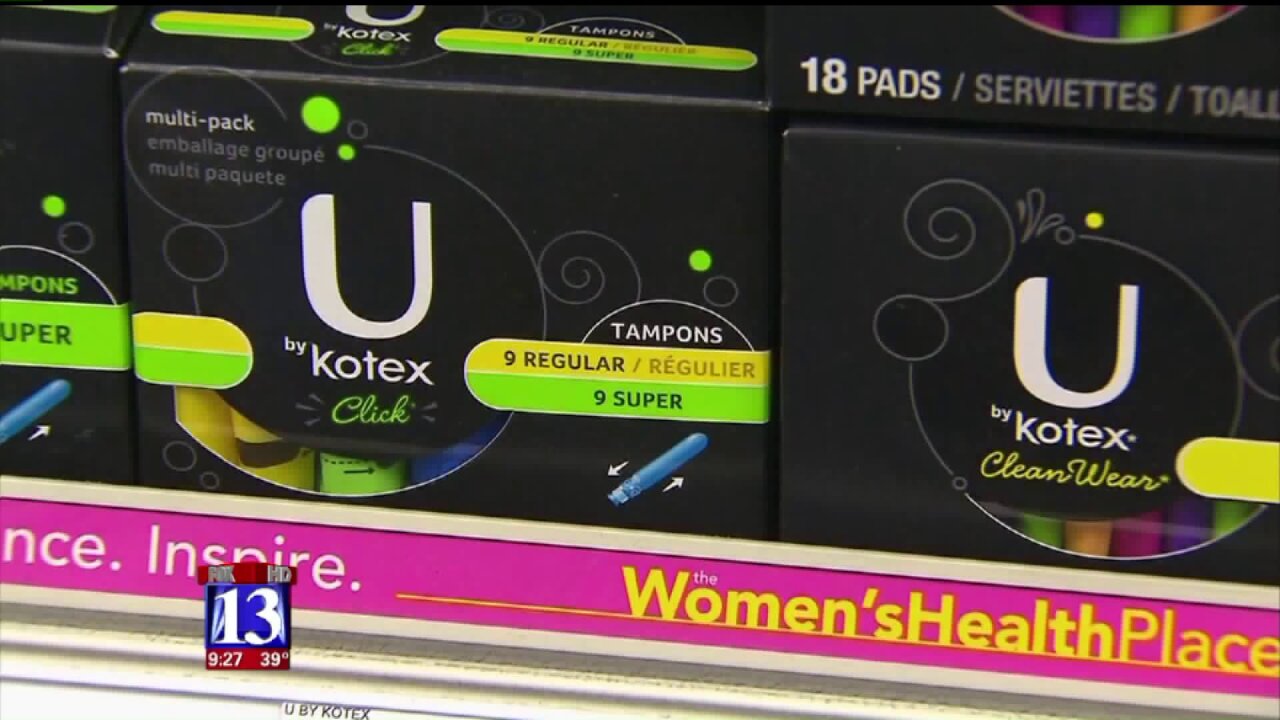 SALT LAKE CITY – Utah Lawmakers have stalled a bill that would have made diapers, tampons and other hygiene products exempt from sales tax.

Utah Representative Susan Duckworth, D-Magna, wants to make it so many hygiene products don't have a sales tax because she says the products are a necessity for many.

“It’s not just about women,” she said. “It’s about our senior population, children, and it’s even about younger people that have incontinent products, middle-aged people.”

Duckworth said lawmakers in the committee don't like that House Bill 71 would cost the state an estimated $7 million each year and says they don't want to broaden the tax base.

“I’m not buying broadening the tax base, because the savings is so minimal for so many, that it will just be reinvested right back into our economy,” she said.

Leslie Duram says she represents 7,000 women in the organization Utah Women Unite who want this bill to move forward.

“This isn’t a luxury for us, we have to buy these items,” Duram said. “And so it’s already a cost for us, and then having the taxes on it is just an additional cost for us.”

Rep. Karianne Lisonbee, R-Clearfield, is opposed to the bill. She said she has an issue with removing sales taxes on disposable items.

“The reason is I have great concern for the situation in Utah that we have with some of our landfills,” she said.

Other groups, like Americans for Prosperity Utah, say there's an alternate solution.

“I appreciated Representative Maynard’s comments last year in committee when he talked about rather than deciding specific items to give sales tax exemptions to, to look at maybe broad rate reduction, which would help more Utahans rather than picking winners and losers in the marketplace,” said Heather Williamson of Americans for Prosperity Utah.

The bill was held in the House Revenue and Taxation Committee and is effectively dead for the 2017 legislative session. Rep. Duckworth says she plans to bring the bill forward again next year.