Somali refugee reunites with family in Utah after being in limbo 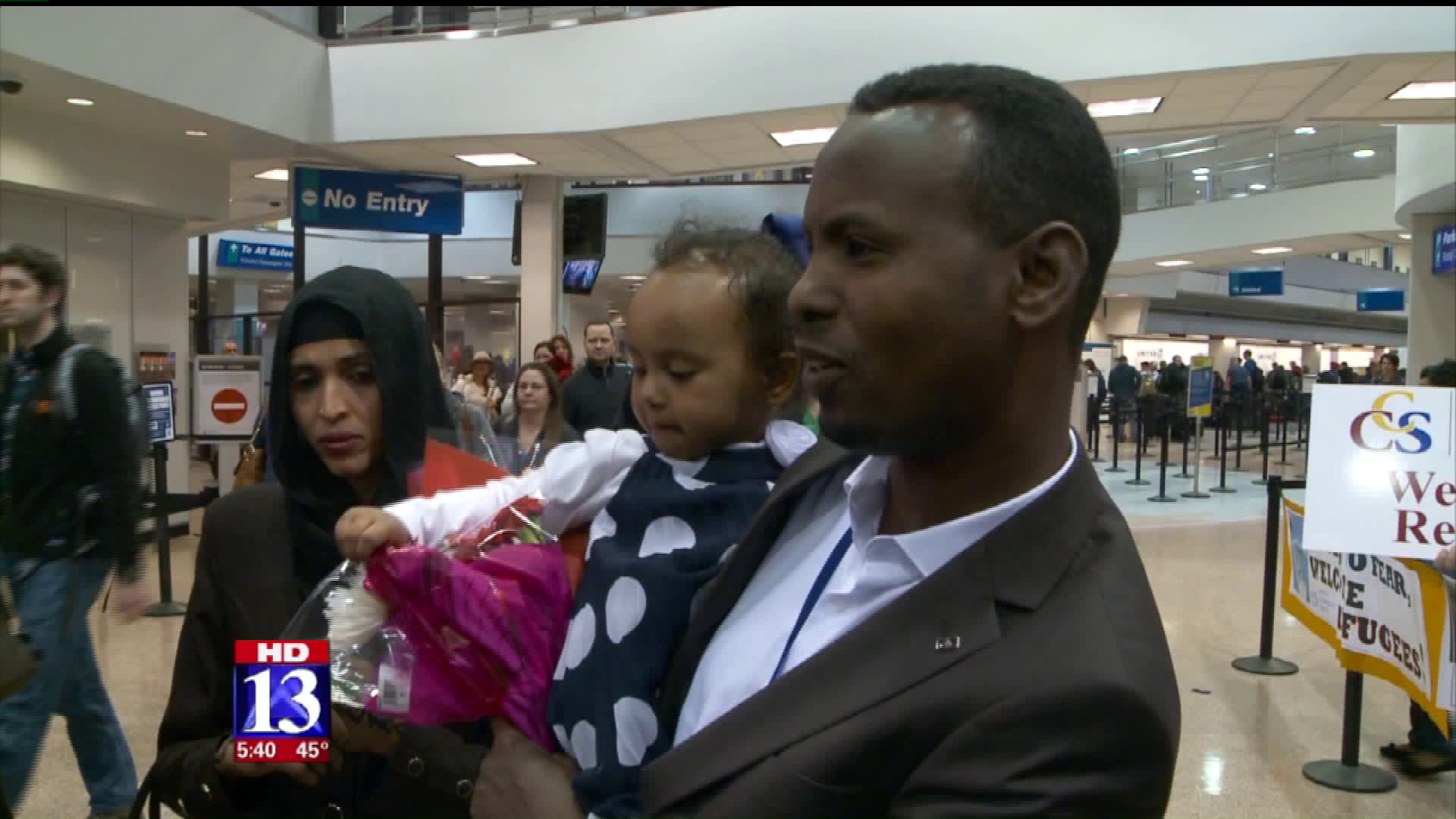 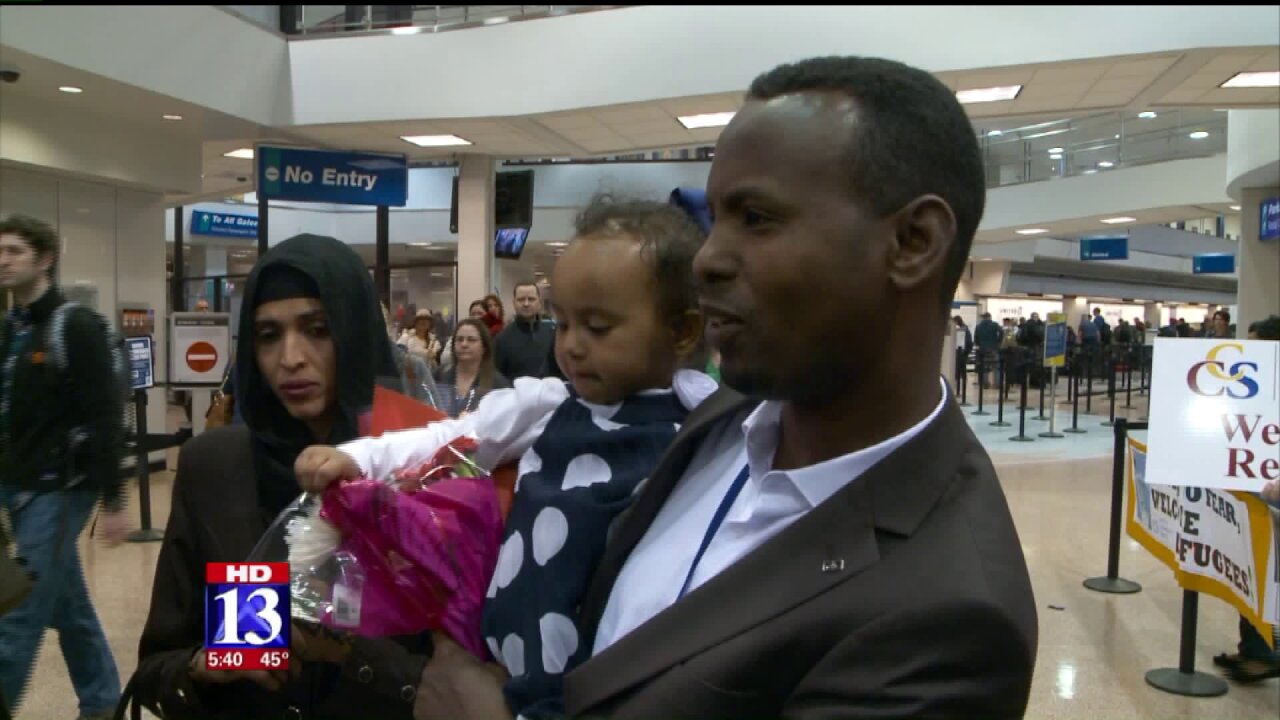 Abdisellam Hassen Ahmed has been separated from his wife and daughter for two years.

Nimo Hashi waited nervously for her husband Sellam to arrive at the Salt Lake City International Airport. Her two-year-old daughter, Taslem, will meet her father face-to-face for the first time.

“Sellam was scheduled to arrive last Sunday, and when the executive order came out his flight cancelled," said Aden Batar, Director of Refugee Resettlement for Catholic Community Services of Utah. "His wife and daughter had hesitancy whether they'll ever be reunited with their loved one."

“My daughter, she can't even recognize me," Sellam said. "It's the first time I'm seeing her."

Sellam was just three years old when he left Somalia to live in a refugee camp in Ethiopia. He’s lived there for almost 20 years.

In 2014, his wife, who was a few weeks pregnant, left for Utah not knowing when they would be together again.

“It's been so long," Sellam said. "So long. Every month, every day, every second I was counting. I don't have to count those days anymore. I'm here with my family. I'm so happy!”

His wife was overwhelmed with gratitude.

“I want to thank everyone for contributing so much to help my husband be here and be reunited with us today," Nimo said.

The reunion was even sweeter, as a crowd holding signs welcomed Sellam to his new home.

As Sellam gets reacquainted with his family, a piece of him is still in Ethiopia, thinking of family and friends who are waiting for the same opportunity.

“I want to share a message to the U.S. government and President Trump that he needs to look at it in a humanitarian way, because refugees who have fled their country have nowhere to go to," Sellam said.

Catholic Community Services of Utah sponsors about 600 refugees like Sellam each year. While the travel ban is on hold for now, they know the fight is not over.

“By reducing the refugee numbers from 110,000 to 50,000, it will affect all those refugees that he left behind in the refugee camps who don't know what their future is going to hold,” Batar said.

Since the executive order, Catholic Community Services has resettled 10 refugees, now 11, including Sellam.