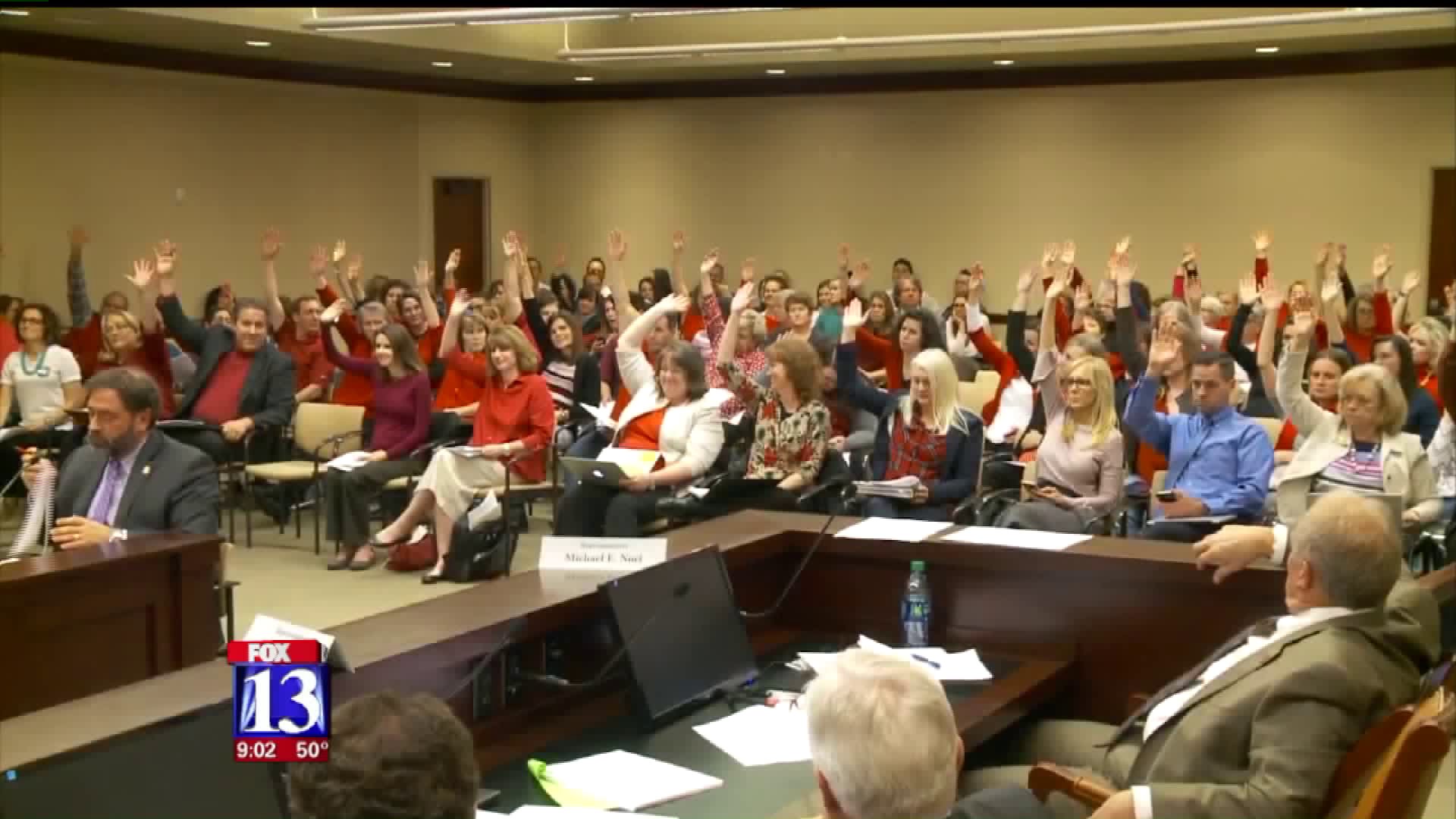 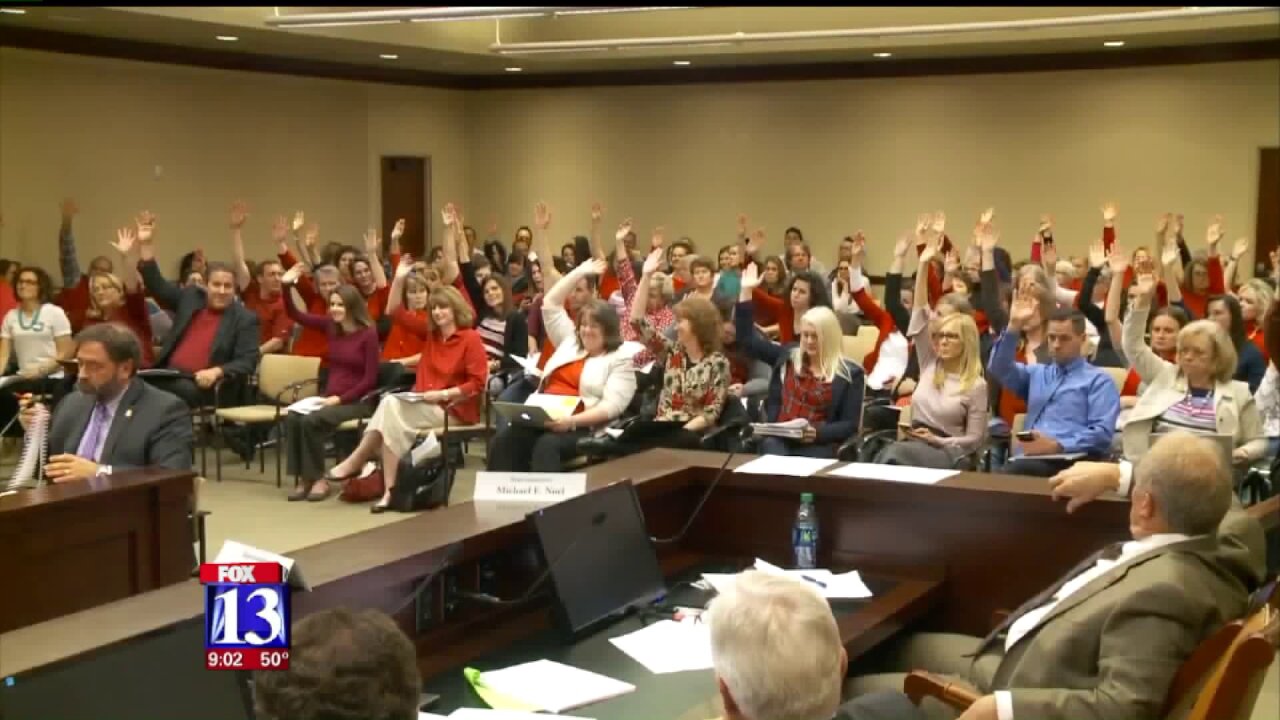 SALT LAKE CITY -- A bill to change the kind of sexual health education provided to students in Utah schools failed on a 12-to-two vote in the House Education Committee Monday night.

"The purpose of the bill is to make it more likely that we will not have unintended pregnancies at an early age," said Representative Brian King, the bill's sponsor.

King introduced H.B. 215 after a similar bill failed in the last legislative session. He told the committee, the new version preserves the language already in Utah law but opens up the door for parents to have another option taught in Utah schools.

More than a hundred people showed up at the Capitol on Tuesday night for the hearing on the bill, many decked out in red, a coordinated sign of opposition.

"Aren't we supposed to be teaching them abstinence, teaching them not to have sex, not teaching them if you're going to have it, it's better to do it less times," Gayle Ruzicka said, President of the conservative advocacy group the Utah Eagle Forum.

"As a mother of six and chair of this, I would ask you to please vote no on HB 215; we currently have a robust sex ed curriculum in Utah," said Heather Gardner, Chair of Utah Republic Woman's Liberty Caucus.

A nearly equal number of people came to the hearing sporting black buttons in support of the bill.

"The children of this state deserve comprehensive education to understand the consequences of their actions," said Dr. Frank Powers a local family medicine physician.

"I spend so much of my personal and professional time trying to help those in my ward, my stake, my neighborhood talk to their children about this topic, they do not know how and they are not comfortable," said Hodsen.

After over three hours of testimony and debate, the committee voted to kill the bill.

Representative Kind vowed to go to every member of the committee who voted against the bill and try to address their concerns before bringing it back again in the future.