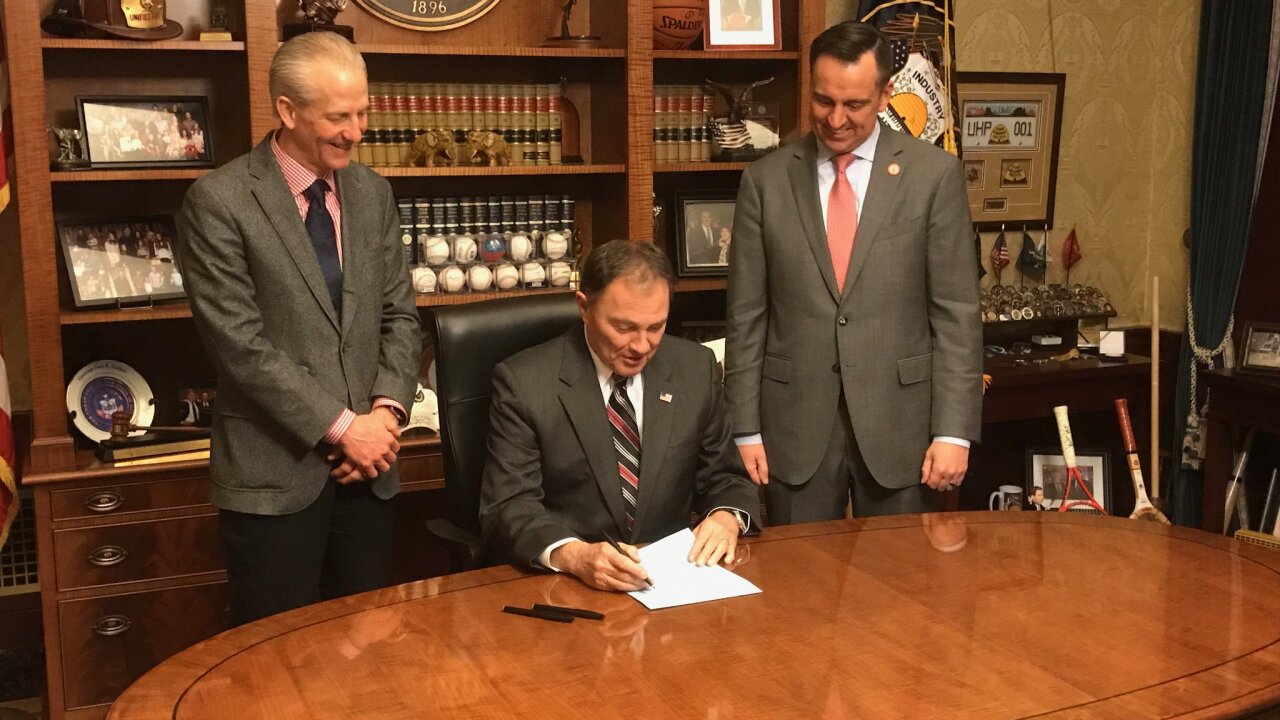 Any decision by the new president on the fate of Bears Ears could come as early as next week. The governor signed the resolution late Friday, about five hours after the Senate vigorously debated it.

“I’ve questioned whether it’s the right law that one person with the stroke of a pen can broadly make such a big decision,” Niederhauser, R-Sandy, told his colleagues on the Senate floor.

Democrats in the Senate put up a fight.

“I want to salute him before I tell him what a dumb bill he has,” Sen. Jim Dabakis, D-Salt Lake City, said of the Senate President.

“So if he’d have taken that and move it through Congress, it would have been the same designation,” Davis retorted.

Senate Republicans accused President Obama of pushing the monument designation through without input from local community members and accused him of abusing the Antiquities Act.

“I’m telling you this is something we ought to oppose this process. This is something as a state we have a vested interest in making sure our citizens are heard and our counties are not carved up so I vote aye!” Senate Majority Leader Ralph Okerlund, R-Monroe, said.

Sen. Brian Shiozawa, R-Salt Lake City, was the only Republican to break with his Senate colleagues and vote against the resolution. He told them he believed the Bears Ears area needed some protections, even though he disagreed with the process President Obama used.

The resolution passed 23-6. It now goes to Governor Gary Herbert, who said he will sign it. Lawmakers have pushed to get the resolution to President Trump as quickly as possible. The governor said he has heard the president could rescind the monument as soon as next week.

If he does, Utah Dine Bikeyah, a coalition of Native American tribes who support the monument, said the tribes will sue.

“It’s going to go into lawsuit and tribes will file the lawsuits against this because this was an illegal action,” she said of rescinding the monument. “The delegation has never consulted with the tribes.”