Polygamists push back on bigamy bill in the Utah State Legislature 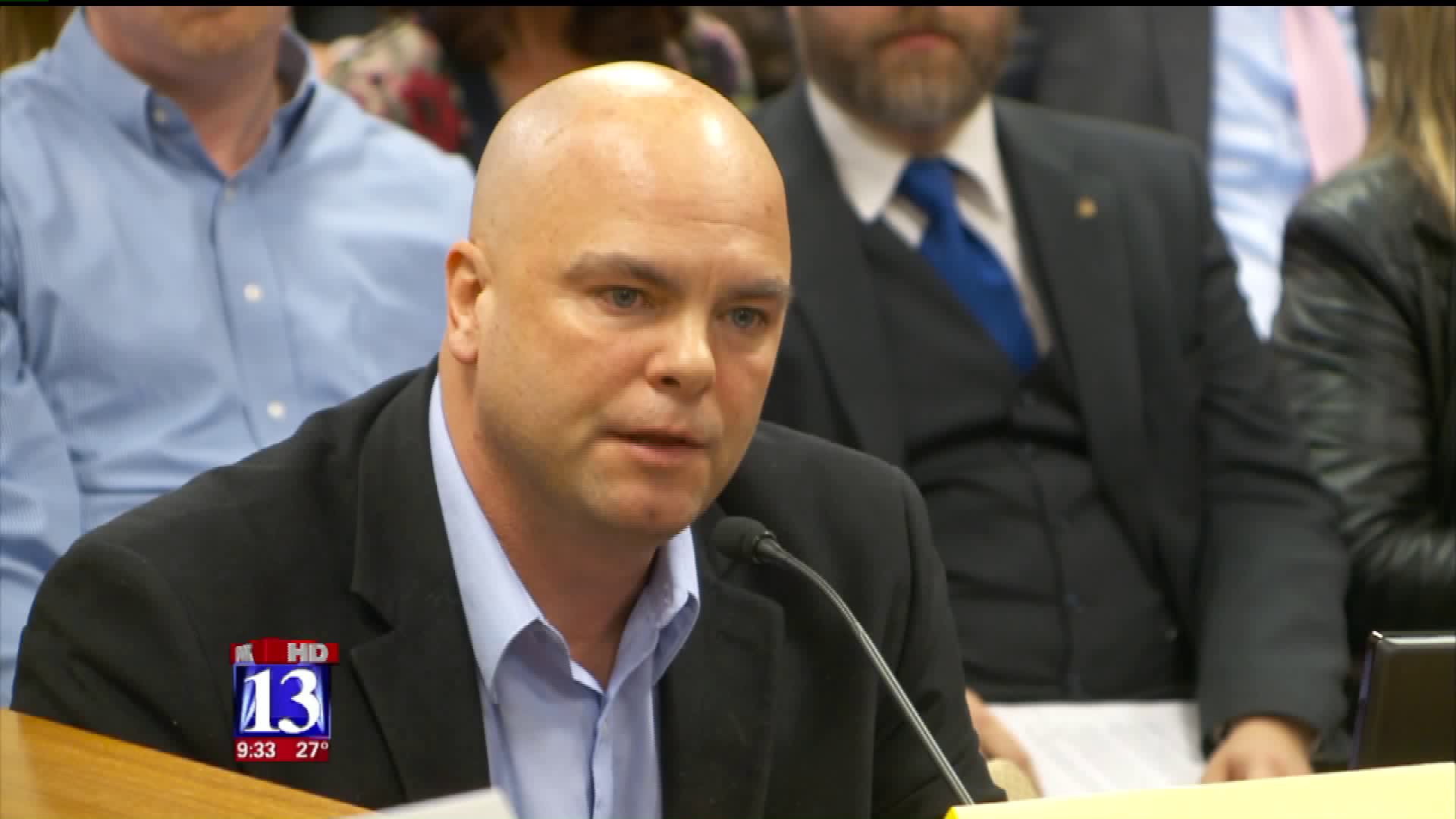 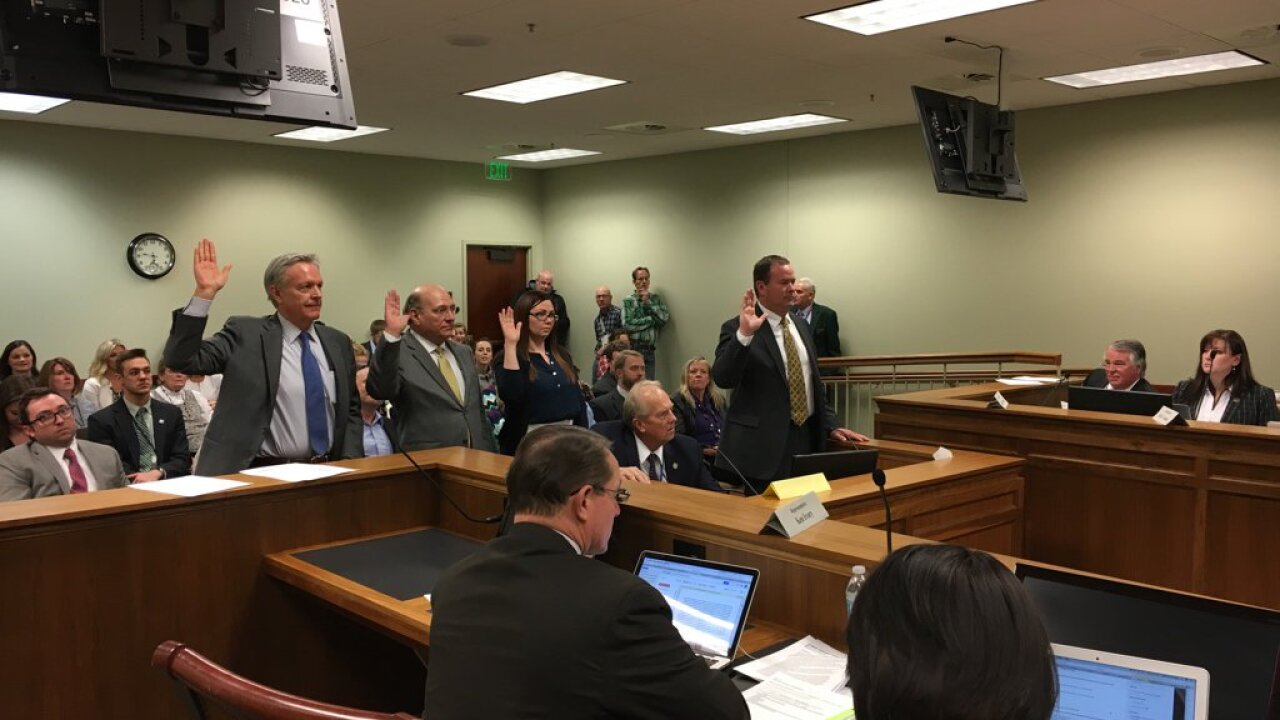 SALT LAKE CITY -- A bill that effectively "re-criminalizes" polygamy in Utah had a lengthy and emotional hearing, but its future in the legislature is in doubt.

In a packed hearing that lasted late into the night Wednesday, members of Utah's polygamous communities, anti-polygamy activists and even people involved in a reality TV cable show spoke out about the bill. House Bill 99, sponsored by Rep. Mike Noel, R-Kanab, would make it a crime in Utah for someone to live with multiple people and "purport" to be married.

Polygamists object to that saying it gives prosecutors a weapon to go after them, even if they are adults in consenting relationships. Rep. Noel said the bill would be used to go after polygamists who commit crimes, describing some groups as operating like a "cartel."

Rep. Noel reminded the committee that Utah abandoned the practice of polygamy as a condition of statehood and it was enshrined in the constitution.

"They are hiding behind polygamy to get away with incest, underage marriages, child abuse, spousal abuse," said LuAnn Cooper, an ex-member of the Kingston polygamous family, who testified in support of the bill.

In a rare move, witnesses at a hearing on House Bill 99 are sworn to testify under oath. (Photo by Ben Winslow, FOX 13 News)

Joe Darger, a polygamist with three wives, spoke up against it.

"There's only one group of people that purport to cohabitate," he said. "That's me."

Lillian Foster, a plural wife, spoke against the bill saying it prohibits her from saying her husband, Enoch, is her husband because he has another wife.

"This bill doesn't help. It targets my freedom of speech. I can't say I'm married to my husband," she said.

Others insisted to the committee that not all polygamists are abusers.

The bill was introduced in the Utah State Legislature as the U.S. Supreme Court considered whether to take the "Sister Wives" case, challenging the state's historic ban on polygamy. Reality TV polygamist Kody Brown and his wives sued the state, arguing Utah's anti-bigamy laws violate their rights to religious freedom and privacy. A federal judge struck down part of Utah's ban, allowing polygamists to cohabitate and purport to be married. The 10th U.S. Circuit Court of Appeals in Denver overturned it, ruling the Brown family did not really face a threat of prosecution by the state.

The Utah Attorney General's Office has repeatedly said it will not prosecute polygamy alone, unless it is in concert with other crimes like child abuse, welfare fraud and underage marriages. That view was reiterated in testimony by Federal Solicitor Parker Douglas.

"This actually makes it harder to prosecute," Douglas said, insisting the two prongs of the bill must be met before a criminal case is launched.

But lawmakers questioned why the bill is needed if polygamy remains a crime, even after the "Sister Wives" case.

"I'm missing the point as to why this bill is even needed," said Rep. Tim Quinn, R-Heber.

Rep. Brian Greene, R-Pleasant Grove, filed an amendment to make bigamy a misdemeanor, but enhance the offense if there's evidence of other crimes. Rep. Noel said he opposed that.

"I've made some commitments to people to not change the statute," he said without elaborating.

Rep. Lowry Snow, R-St. George, asked to hold the bill, arguing more time was needed to work out the bill.

"It's late and I'm fine with that," Rep. Noel replied.

It is unknown if the bill will return. A source told FOX 13 that a bill is in the works in the Senate that would effectively "decriminalize" polygamy, by reducing the bigamy offense to a misdemeanor (similar to what Rep. Greene is proposing).

The Utah Attorney General's Office said Sen. Deidre Henderson, R-Spanish Fork, is proposing a bill that would help alleviate the threat of prosecution for people who leave closed polygamous societies.

There are an estimated 39,000 fundamentalist Mormons in and around Utah who subscribe to a belief system that includes the practice of plural marriage. Representatives of the polygamous communities are planning a Feb. 10 rally at the Utah State Capitol against HB99. Brown tweeted that he planned to attend.

Our family will march for Liberty on February 10. Please join us and protect families like ours from tyrannical legislation. pic.twitter.com/bLgJqktHJd