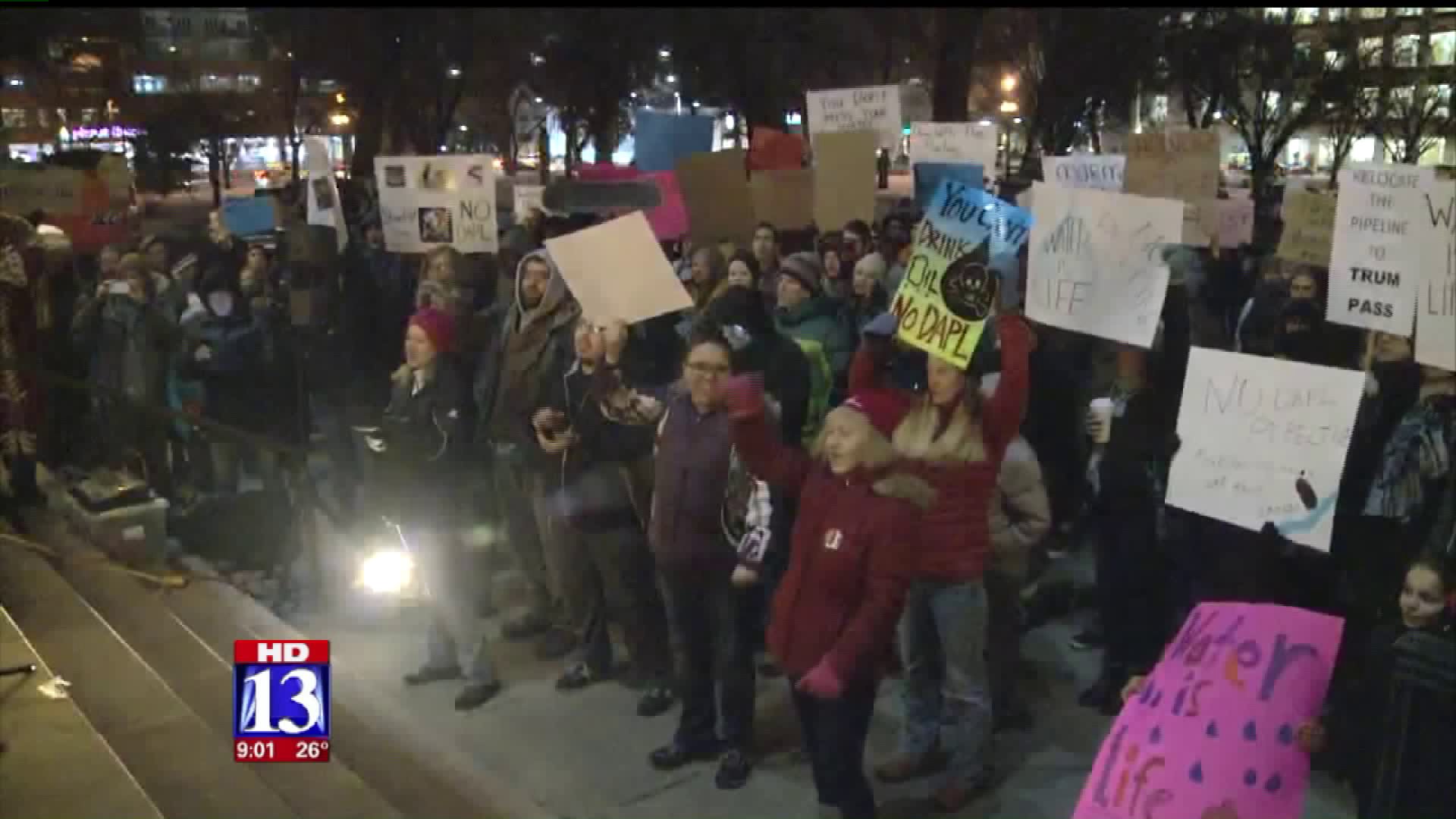 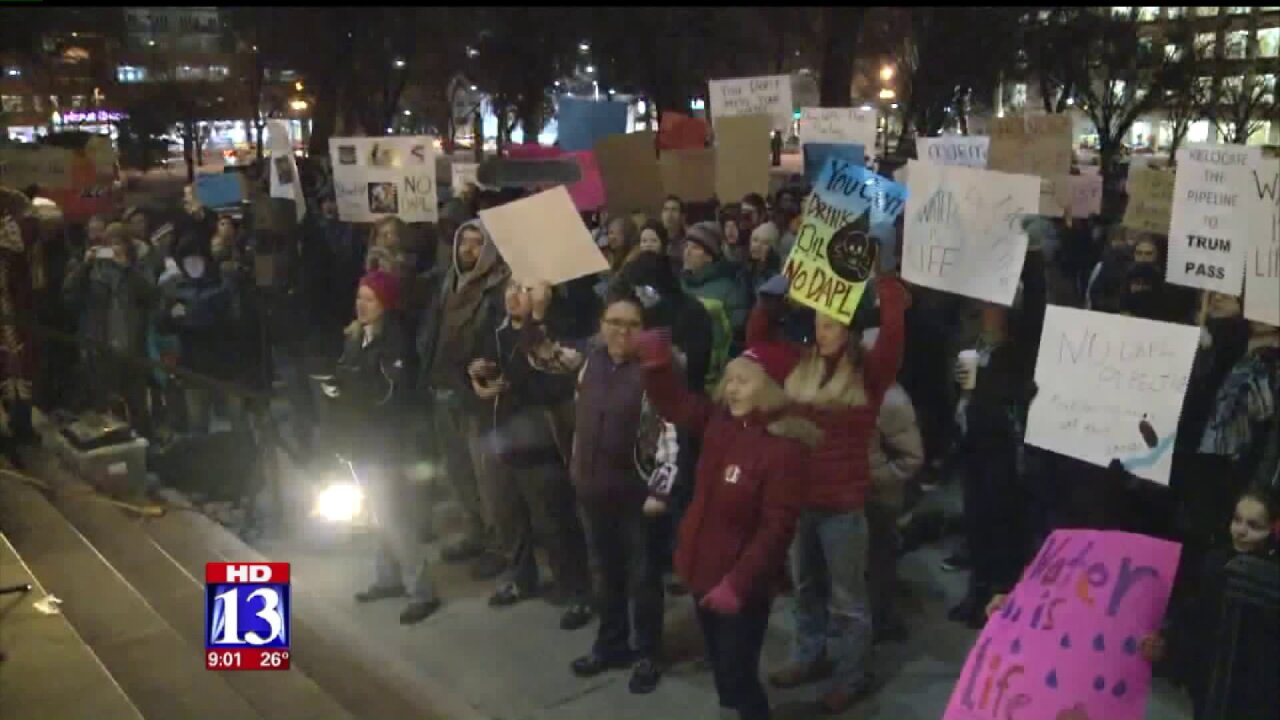 SALT LAKE CITY -- Hundreds of water and land protectors are standing together and protesting against the North Dakota Access Pipelines near the Standing Rock Sioux Reservation.

Thursday night, Utahns rallied in protest against executive actions signed by President Trump this week that would expedite construction of the Dakota Access Pipeline.

Hundreds chanted phrases like: “Can’t drink oil, keep it in the soil” and “Water is Life” outside Salt Lake City Hall.

Pushing against the construction of a 1,100-mile pipeline near the Standing Rock Sioux Reservation in North Dakota, something that might become a reality.

“Emotionally it was like a kick in the gut,” said Moroni Benally, Co-Founder of The Utah League of Native American Voters.

It's something they were hoping wouldn't happen, but they still expected it with Trump.

“We knew the battle wasn't over, so we're going to keep fighting,” said Mercedes Hersana, who is from Standing Rock.

Even though it's thousands of miles away, it hits close to home for all ages.

“It's sacred to us, it helps us plant food and cook and wash and drink,” one of the children attending the protest said.

Many protesting are worried about what the future will look like.

“If Donald Trump can move forward to letting this pipeline go, it's going to continue to other reservations and also my Navajo homeland, and I know that's what’s going to happen,” said Courtney Bejaye, a member of the Navajo tribe.

It's just one of several policies they are protesting.

“Right now standing with Standing Rock means more than just standing against construction of the pipeline, it's symbolic of standing against a number of policies coming out of the White House,” Benally said.

During the rally they called on the public and government leaders to take action. Those at the protest plan to keep standing with Standing Rock.