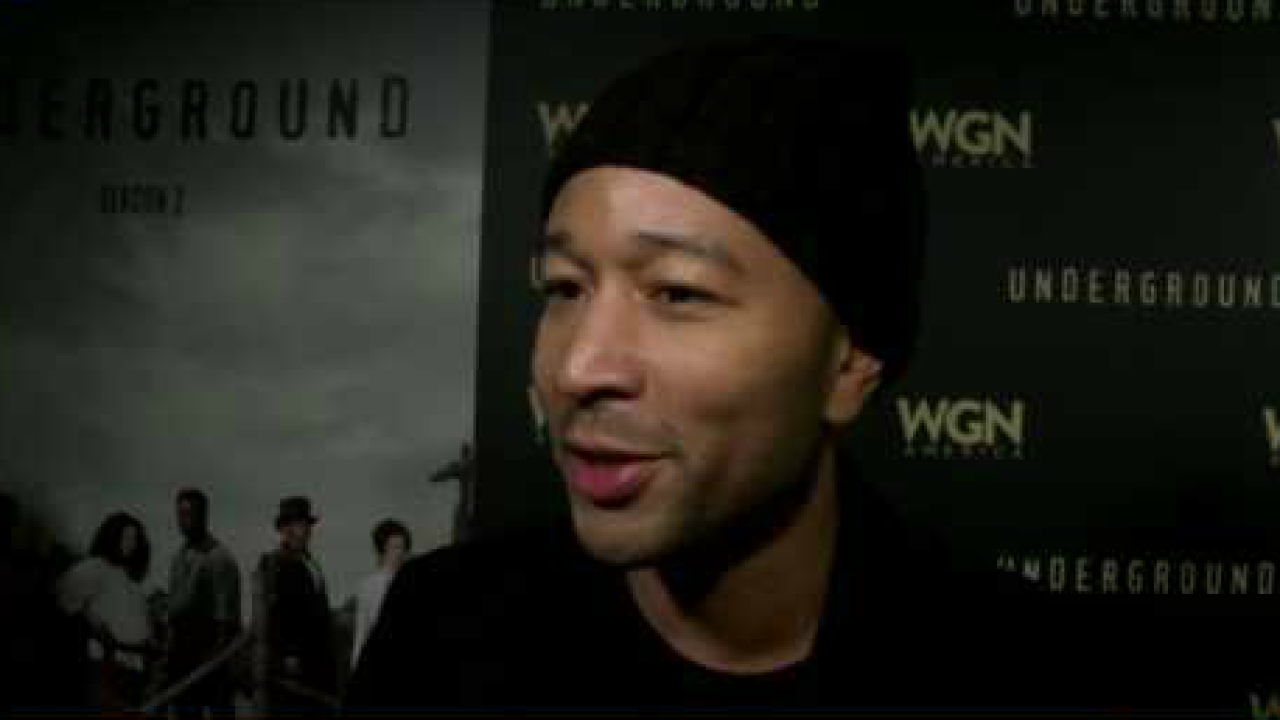 That night, Fox 13's Allison Croghan caught up with Legend at WGN America's event launching the second season of "Underground."

He told Croghan participating in the Women's March was "amazing... to stand in solidarity with women and all people who believe in justice and equality."

"I'm proud of what we did here at Sundance but I was especially impressed by what happened all around the world," he said, referring to the numerous marches for women's rights across the country on Jan. 21.

Legend is an Executive Producer for the hit series "Underground" which premieres Wednesday, March 8, 2017, at 10:00 p.m. ET on WGN America.

Click here to see when and where you can watch "Underground."