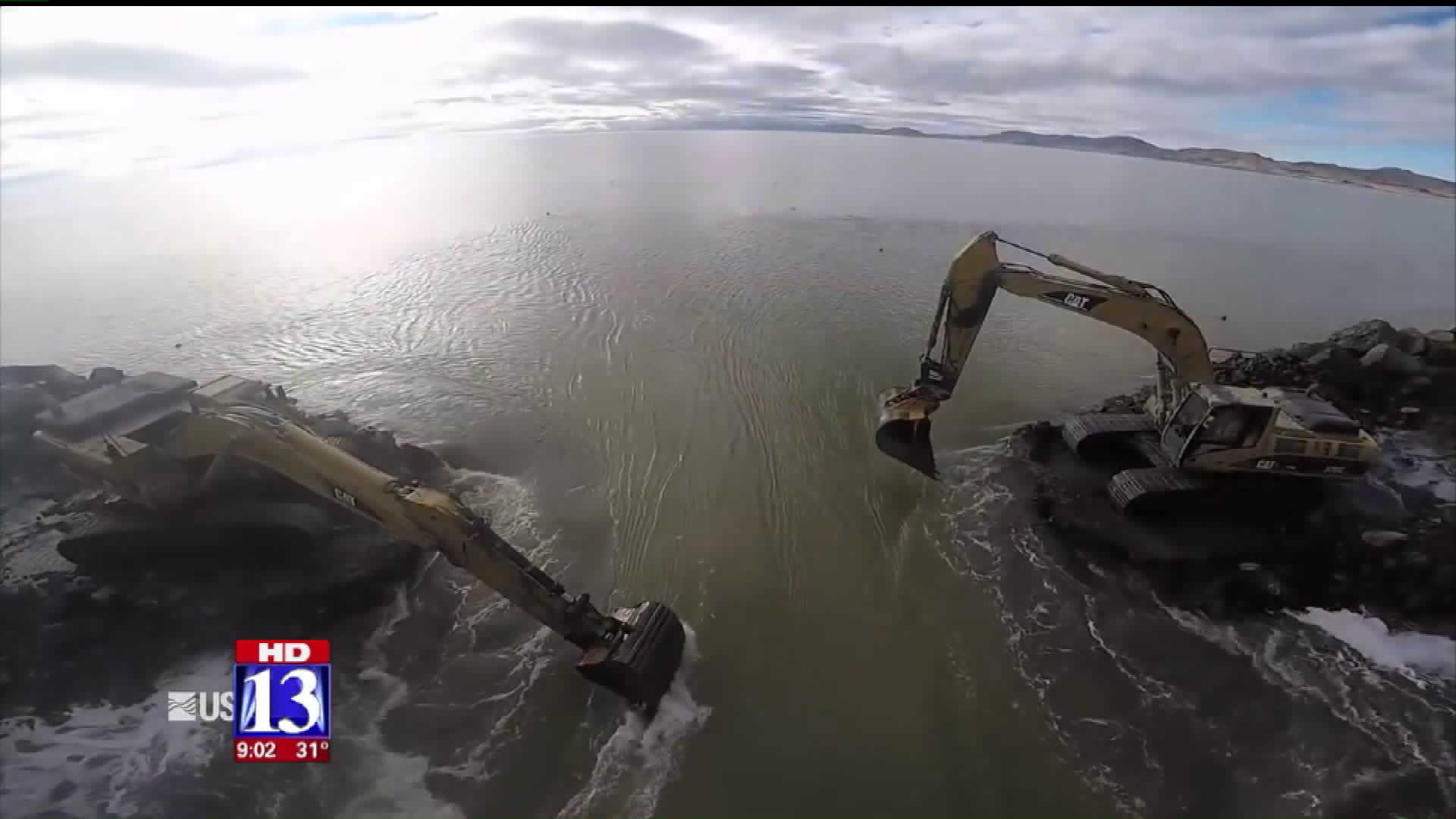 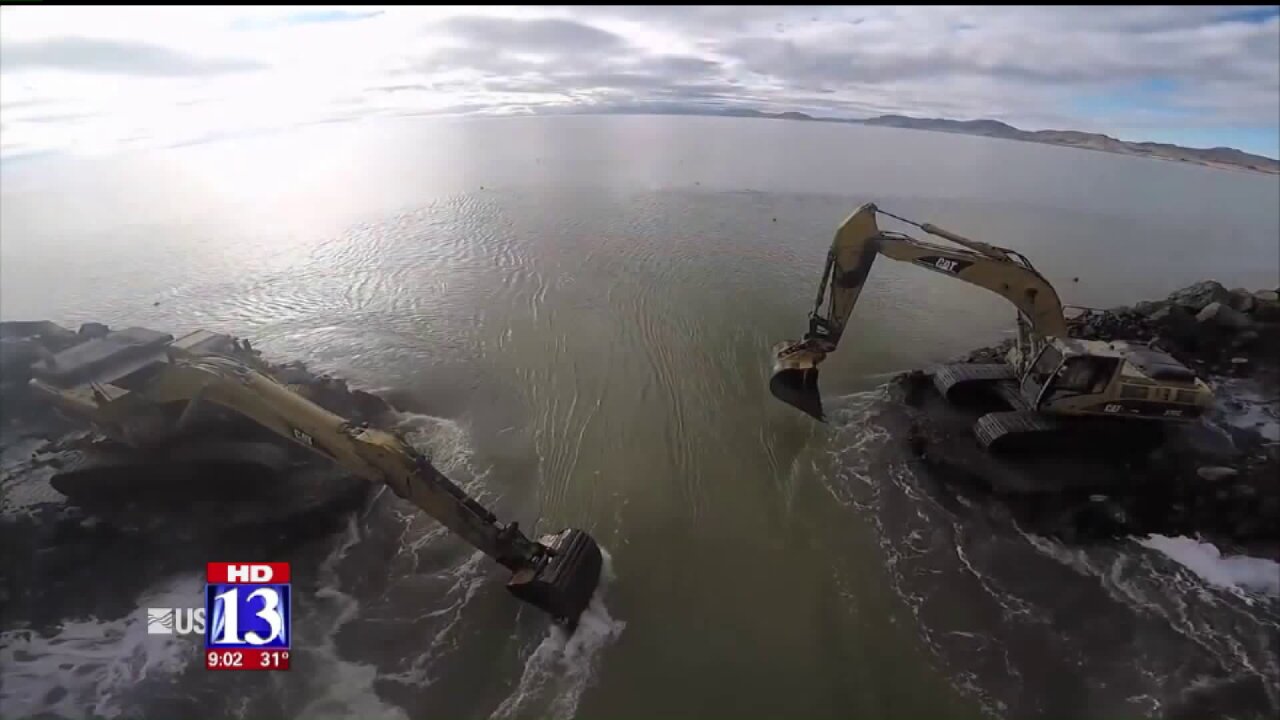 SALT LAKE COUNTY, Utah -- The snow storms Utah has been seeing of late could help the Great Salt Lake make up for lost water, hydrologists are saying, and bring nearby reservoirs to healthy levels.

The Great Salt Lake has had an interesting winter. Crews breached the causeway in early December, connecting both the north and south arms of the lake together.

At the time, the north arm was sitting at a record low, and the south arm wasn’t far behind.

“South arm was about a foot higher than the record low that occurred in 1963,” said Cory Angeroth, a hydrologist with the U.S. Geological Survey.

The south arm sat 3.5 feet lower than the north, but in the past several weeks they’ve begun to even out.

That’s also when the storms started to hit, and Angeroth indicated that the snow and moisture did damage control on stopping the levels from dropping even lower.

“Inflows into the Great Salt Lake are helping to keep that south arm of the lake up, keeping it above that historic low,” he said.

Not just keeping the levels at bay, but maybe even helping the Great Salt Lake out. That’s because our snowpack is finally starting to stack up this year.

“Snowpack levels in Utah are roughly about 175 to 200 percent in the northern half,” explained National Weather Service hydrologist Brian McInerney. “This is a phenomenal year.”

It’s trickling down into our lakes and reservoirs.

“We're at 64 percent of capacity, you want to be at 69 percent,” McInerney said.

Compare that to 61 percent last year, and it’s clear we are in pretty good shape so far.

“We have a pretty good chance of filling all of the reservoirs that we need, and then having some extra that flows down into the Great Salt Lake,” he said.

McInerney said we could see Great Salt Lake levels bump up by 2 to 3 feet, maybe even somewhere in the range of 5 to 6 feet.

Angeroth said we haven’t seen a rise like that since 2011.

“2011, the runoff that occurred then, the inflow into Great Salt Lake at that time was the fifth largest that had occurred since 1950,” he said.

That was a year for the books, so could this year be too?

“Where we're at right now, we’re right on pace with 2011,” Angeroth said. “If things were to keep going the way that they have been, yes, we could have a significant amount of runoff.”

It’s still too early to tell, both he and McInerney said. They said we still need this wet, cold weather to continue through April or May to bring the lake the boost it needs, and leave our reservoirs in great shape this summer.