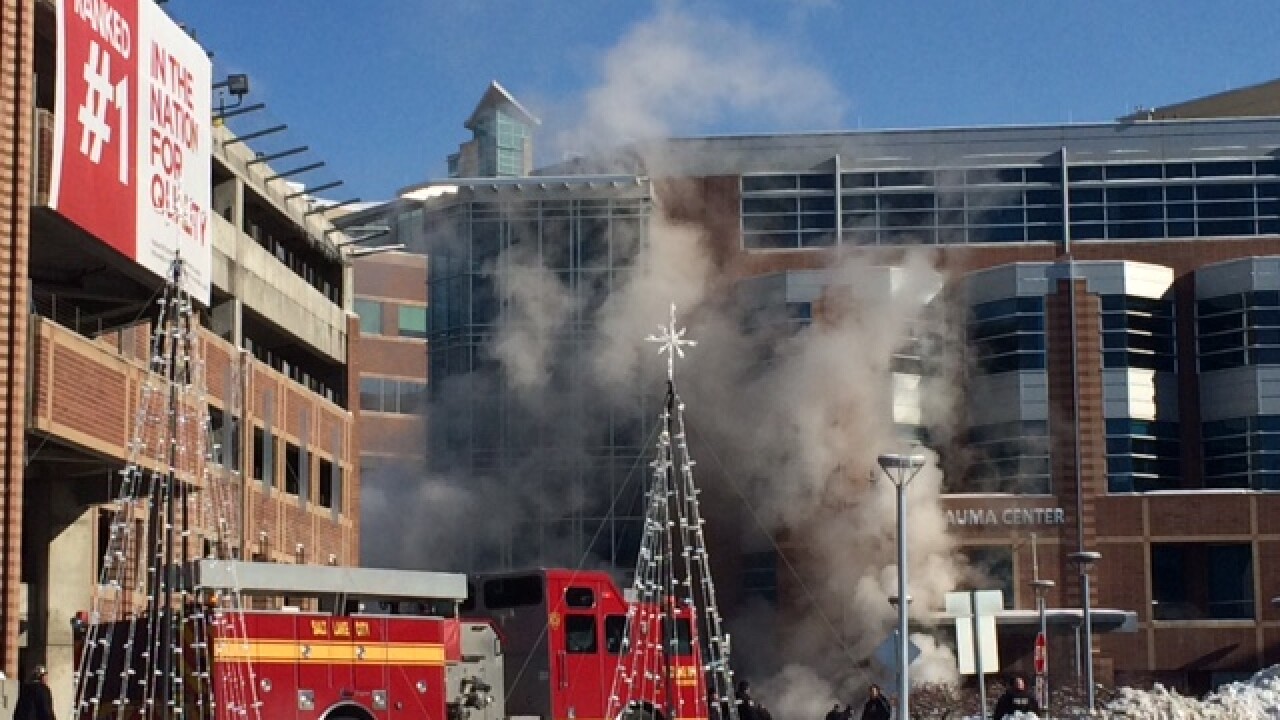 Dispatchers received a report of an explosion near the hospital’s main entrance around 1 p.m. Friday. Salt Lake City firefighters, U of U police and officials from the university’s facilities department responded to the scene.

“It sounds like, probably due to the cold weather, [University of Utah Hospital] had a leak in a plumbing system that has something to do with their fire suppression system,” said Cpt. Davin Halvorsen, Salt Lake City Fire Department. “That leak then, in turn, caused a leak from part of their high-pressure steam system. That’s the big explosion and the big plume that we saw.”

Halvorsen said the steam came out through a manhole, and the pressure was high enough to lift concrete pads and cause damage to the ground surrounding the manhole.

The leak was contained quickly and there were no injuries in the incident. Halvorsen said the incident didn’t result in any evacuations, but some pedestrians were diverted away from the scene.