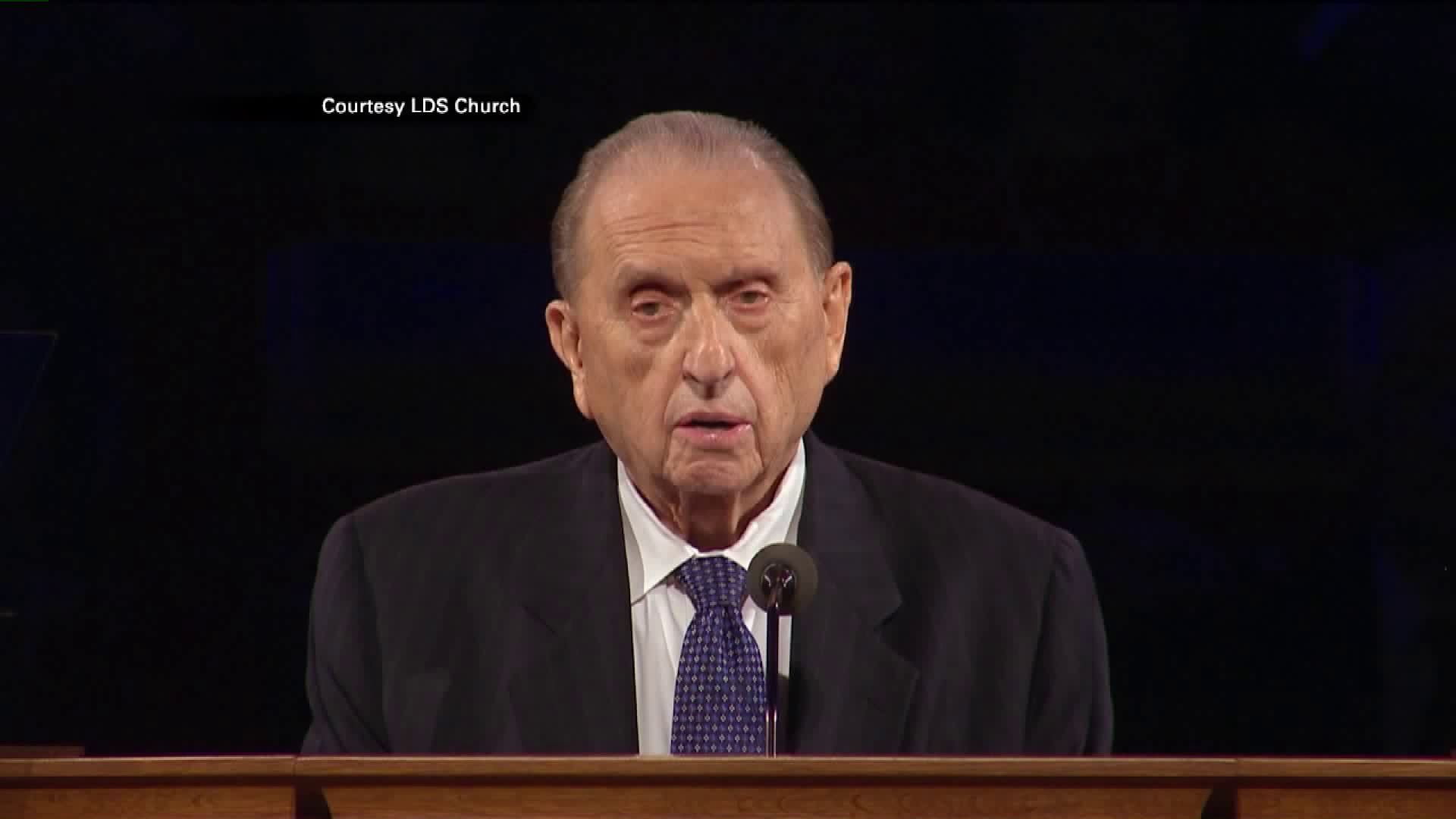 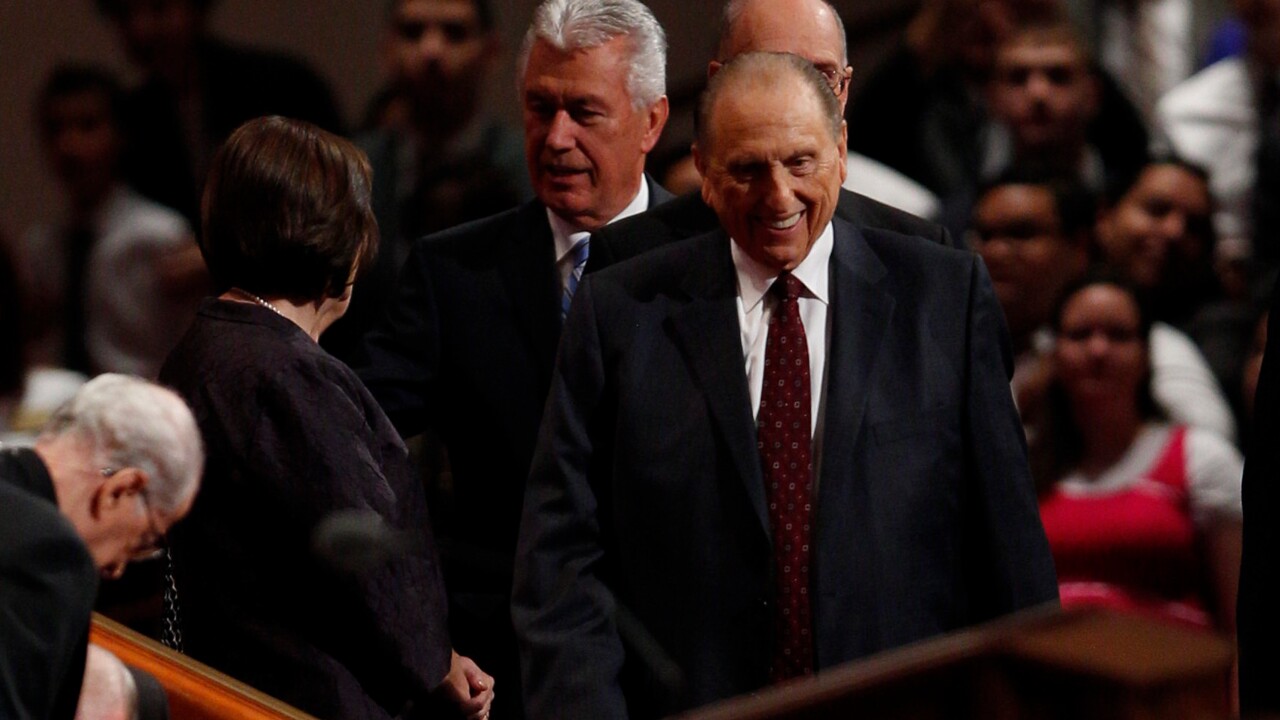 SALT LAKE CITY -- Lawyers for a group of people suing The Church of Jesus Christ of Latter-day Saints over accusations of sex abuse have renewed a deposition subpoena for President Thomas S. Monson.

They want the 89-year-old leader of the LDS Church to sit for a deposition and answer what -- if anything -- he knows about accusations of sexual abuse dating back to the 1960s and '70s in a church-run program on the Navajo reservation.

"We believe we have a right to question President Monson about how he was briefed, what he learned about child sex abuse and what was done to protect kids in the future," Craig Vernon, an attorney for the plaintiffs, told FOX 13 on Thursday.

LDS Church President Thomas S. Monson greets people at the dedication of a building in his name in August 2016. (Image by Doug Eldredge, FOX 13 News)

Four people have filed lawsuits against the LDS Church, accusing it of not doing enough to stop the abuse they allege they suffered while in the church-run "Lamanite Placement Program" or "Indian Placement Program." As children, the plaintiffs (who are only identified by initials in court documents) claim they were taken from their homes on the Navajo reservation, baptized into the Mormon faith and placed in host homes in Utah where the alleged abuse occurred.

"He is the only apostle that is currently alive back then," Vernon said.

The deposition is tentatively scheduled for Monday here in Salt Lake City, but it is anticipated that LDS Church attorneys will seek to quash the subpoena. The LDS Church had previously sought to move the lawsuits to U.S. District Court in Utah, arguing that if the alleged abuse occurred here, then the case should be tried here.

RJ and MM, plaintiffs in a lawsuit against the LDS Church, with their mother. (Image courtesy of the family, provided by their attorneys.)

A federal judge allowed the case to proceed in Navajo Tribal Courts. A deposition subpoena sought at that time was put on hold until the judge ruled on the proper venue for the lawsuit.

"We believe the subpoena is unjustified, and we will be opposing it," LDS Church spokesman Eric Hawkins told FOX 13 on Thursday.

University of Utah law professor Wayne McCormack said the deposition demand is similar to lawsuits leveled against the Catholic church over sex abuse accusations, where archbishops were sought to answer questions. He said it was possible that it could go forward with limits on how much time it could take, where it would take place and what questions could be answered.

He said if the LDS Church sought to quash the subpoena, it could make several arguments.

"The motion to quash is based on the idea that his appearance in a deposition would be unduly burdensome to church processes," he told FOX 13.

Vernon insisted that the deposition of President Monson was necessary, and it needed to happen soon.