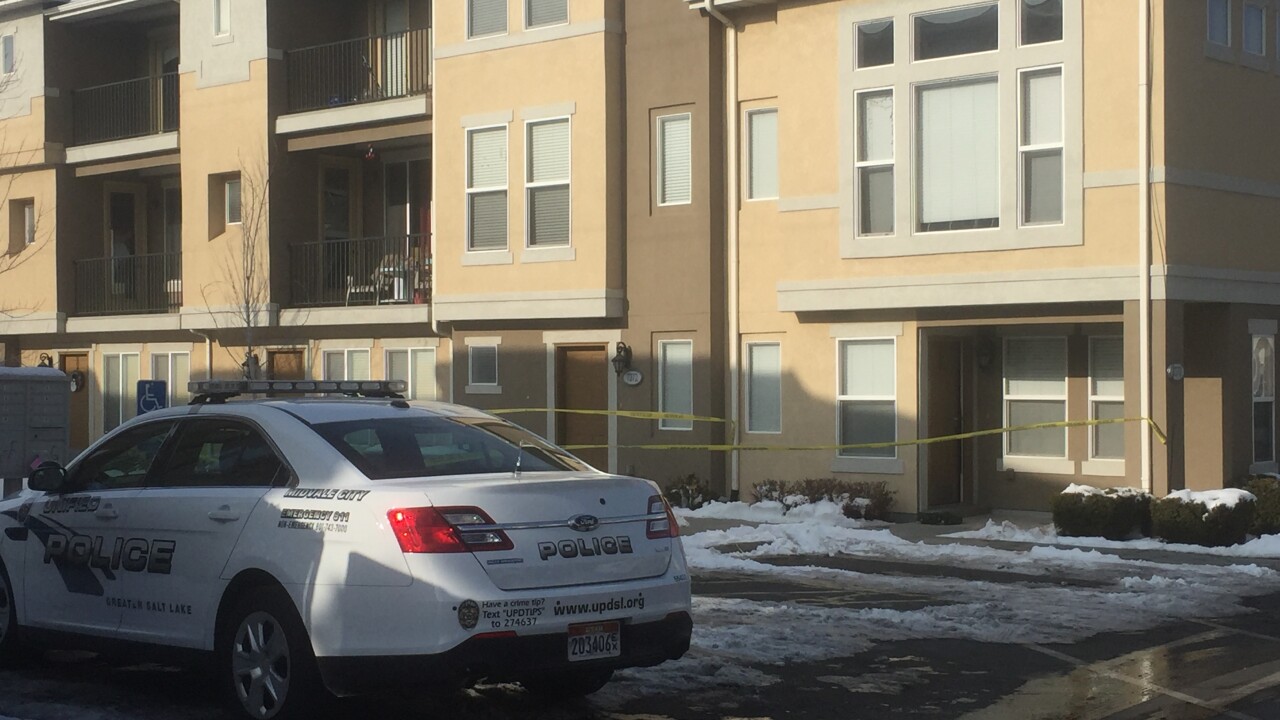 MIDVALE, Utah — Two suspects wielding baseball bats allegedly broke down the door of an apartment to confront a woman one of the men previously had a relationship with, and both suspects were stabbed by a resident wielding a kitchen knife.

Det. Ken Hansen of the Unified Police Department said things began around 11 a.m Sunday at an apartment in the area of 935 Shelby View Drive in Midvale when two males were yelling outside of an apartment and demanding entry.

Those inside the apartment, a 26-year-old man and a 24-year-old woman, became concerned and barricaded the door.

“They used kitchen chairs, put them up against the door—but the suspects kicked the door down,” Hansen said.

The two men allegedly broke in and knocked over a table, breaking a computer that was on the table. Then they allegedly assaulted the male inside the apartment.

“He had armed himself with a butcher knife, so as he was being assaulted he stabbed both of the suspects,” Hansen said of the resident. “Once they were stabbed they decided to leave and go to the hospital.”

The suspects drove themselves to a hospital, where police made contact with them. One man was treated and released, and he has since been booked into jail facing charges of aggravated burglary. The second man remains in the hospital in serious condition and will likely be arrested once he’s released.

“More than once they were stabbed, but not life-threatening injuries,” Hansen said.

The man who stabbed the two assailants was later booked into jail for outstanding felony warrants.

“The victim who stabbed the suspects gave us some information that wasn’t correct, we checked on that, he had warrants for his arrest—so we’ve also taken him into custody,” Hansen said.

While the exact details are unclear, Hansen said it appears there was some kind of former relationship, possibly romantic, between one of the suspects and the woman living in the apartment.

“…apparently they’ve come back to make some kind of contact, not quite sure in regards to what, but they were both armed with baseball bats so they had some intent of hurting something or someone inside the apartment,” Hansen said.